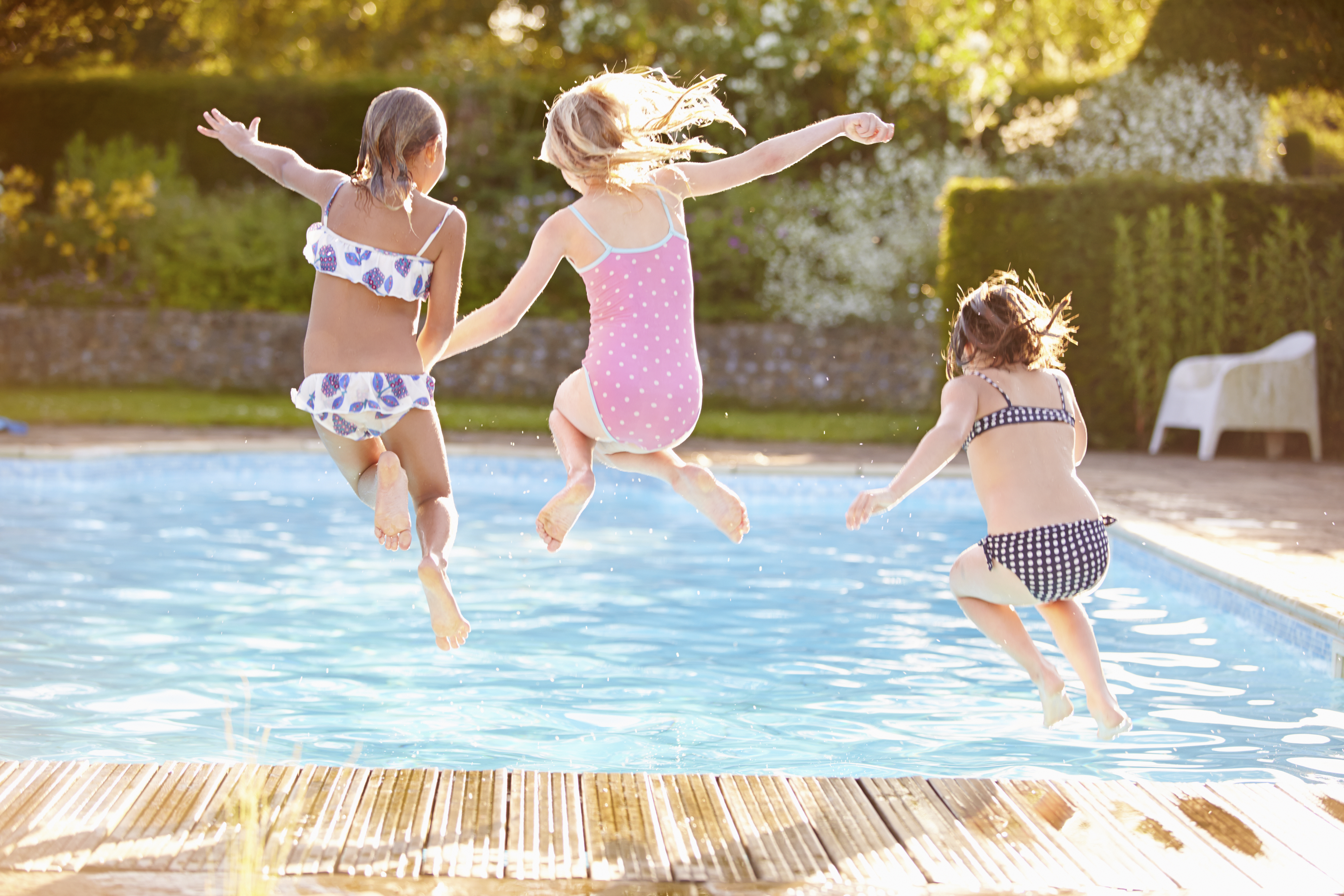 Canon balls, diving stunts, wave riding. Keeping cool in the pool, lake, ocean or water park is what summer's all about for many kids. But emergency room physicians say summer is also when they see many water-related injuries and deaths among children. Simple safety precautions could avoid a lot of preventable tragedies.

The number one rule around water: Parents and caregivers need to watch their kids like a hawk, said Dr. Tony Woodward, division chief of emergency medicine at Seattle Children's Hospital.

"The thing we see the most routinely is drowning -- lakes, pools, rivers, in the backyard," Woodward told CBS News.

The U.S. Consumer Product Safety Commission warned in a statement this week that the Fourth of July holiday is particularly deadly. Data compiled from media reports by the USA Swimming Foundation indicate that an average of 15 children die of drowning in pools and spas during the week surrounding July Fourth, the group said.

"If families follow a few simple steps, we can keep many kids alive and happy during the Fourth of July holiday," CPSC Chairman Elliot F. Kaye said.

"Don't even run into the house for a second to go to the bathroom or grab the phone," pediatric emergency medicine expert Dr. Mark Waltzman told CBS News.

A child can get into trouble in the water incredibly fast, warns Waltzman, a senior associate in medicine at Boston Children's Hospital and an assistant professor of pediatrics at Harvard. "It only takes a couple minutes. I've actually had to deal with these situations and the guilt the caregiver has because they were only gone for a second. It is incredible. Family members are emotionally destroyed."

ER doctors tend to see drownings in backyard pools most commonly on Saturdays and Sundays between 4 p.m. and 8 p.m. when people are having backyard barbecues and cocktails, Waltzman said.

"There are lots of people around but it's when everyone thinks some else is watching the kids," he explained.

Just last week, 3-year-old twin boys drowned in a South Carolina swimming pool during a party. The coroner's report suggests the boys were in the water for 15 minutes before being discovered.

"It's not like on TV, where people start flailing. In reality, kids sink and just drown," he said.

CPSC suggests adults take turns designating themselves as "Water Watchers," whose only task is to watch kids in the water -- without distraction. An older sibling on a cellphone shouldn't be substituted for an adult.

Older children and teens, even proficient swimmers, should swim and boat with a buddy.

Even though you're watching, too, Woodward said, "If they go swimming or fishing, tell them, 'Check every five minutes on your brother.' Give them that responsibility to allow them to grow."

It's not just the deep end

Even buckets, shallow fountains and baby pools pose serious risks and can drown small children. As little as 2 inches of water poses a risk, according to the consumer safety group W.A.T.C.H. Between 2006 and 2010, 434 children under age 5 died, and 233 were injured from non-pool and non-spa related submersions. Ninety-two percent of the injuries and deaths happened at home.

"It's not always the kid who fell into a lake or backyard pool," said Waltzman. "I have taken care of babies who have drowned in these blow-up pools. And buckets where parents are washing the car with a bucket half-full of water and a toddler falls in headfirst and can't get out. The key is if there's any amount of water outside, you have to be watching your kid. You can't take your eyes off them for an instant."

He added, "In toddlers, it takes as little as 90 seconds without a breath before you actually see oxygen in the brain drop down."

Keep a close eye on youngsters when you're not on your own turf -- even grandma's house or a good friend's backyard can have hidden hazards.

Life jackets are a potentially life-saving option in the water and on boats. But floating rafts and water wings are not life-saving devices and can offer a false sense of security.

Four-sided fences with locking gates should completely surround the pool. Covered pools should be locked up and fenced, too. Teens may sneak into backyard pools at night and use partially covered pools and spas, but in the darkness, they can get confused and disoriented and find themselves trapped under a pool or Jacuzzi cover, said Woodward.

CPSC recommends all kids learn how to swim from certified swimming instructors. And adults should teach youngsters to stay away from pool drains and filters.

While it's important to have fun in the summer and not lose the carefree spirit, Woodward said parents need to remember that "you're a background buffer and safety net" for your children.

For more tips on drowning prevention, check out CPSC's Pool Safely campaign -- including a pool safely pledge, song and app -- at www.poolsafely.gov.