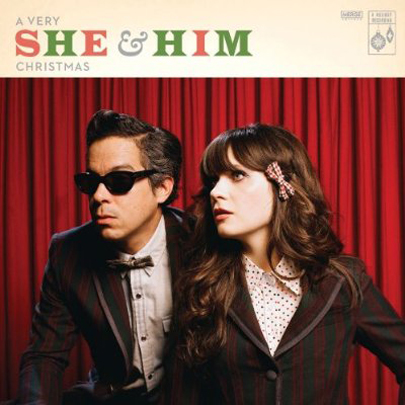 (CBS) Still don't know what gifts you are going to give for the holidays?

Books, movies and music are some of the easiest and most economical gifts to give - not to mention the most entertaining. If you are still confused, here's a list of books, CDs and DVDs that would be great to give any person in your life.

Pulitzer-prize winning author Jeffery Eugenides latest novel "The Marriage Plot" has already made its way onto year-end lists, including the New York Times' "Notable Books of 2011." Comedians Tina Fey and Mindy Kaling's books "Bossypants" and "Is Everyone Hanging Out Without Me? (And Other Concerns)" respectively are great gifts to give the jokers on your list.

In terms of music, actress Zooey Deschanel's band  She & Him and Michael Buble put out holiday albums that would make great gifts. In addition, critically acclaimed groups Bon Iver and The Black Keys have new  albums that would please the serious music fans on your list. Bon Iver was recently nominated for four Grammy awards.

Lastly, now that the "Harry Potter" films have come to a close, everyone is able to relive the epic series at home with the final film, "Harry Potter and the Deathly Hallows - Part 2," becoming available on DVD.