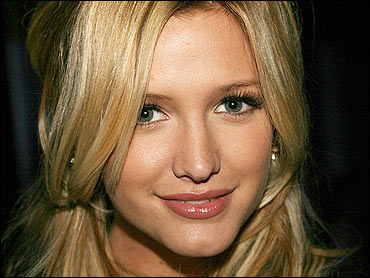 Sometimes even bodyguards don't have your back, but your dad and your boyfriend do, which singer Ashlee Simpson learned the hard way this past weekend in Las Vegas.

According to The New York Daily News, the Simpsons and Wentz were trying to leave the Decaydance/GQ party at the Mirage's Jet nightspot, when a fist fight broke out.

Bouncers gave the green light for Ashlee, Joe and Pete to go through, however, they blocked the Simpson entourage, which included the Gym Class Heroes MC, Marc DeJesus.

Wentz, 27, yelled out in retaliation demanding that his crew be escorted to a waiting SUV, which he angrily said he had paid for.

That's all it took for the security guard to lose his cool and shove Wentz, which in turn knocked Ashlee into a wall.

Wentz immediately rushed over to Ashlee's aid. The Fall Out Boy's bassist began punching the guard, who towered over him and Joe joined in the mayhem.

The fight died down and no one was seriously injured from the Simpson-Wentz clan.

Wentz didn't leave the club quietly though; instead, he spat, swore and said that they would never be back again.

During the chaos, a fan tried to snap a picture and Ashlee, 22, lunged out in an attempt to grab the camera, but Wentz held her back.