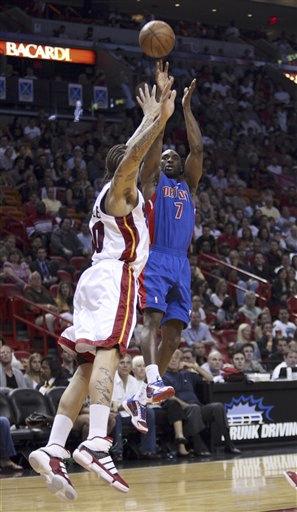 A Pentagon panel on Tuesday reported that military commanders did not order the abuse of detainees at Abu Ghriab prison but failed to adequately supervise the soldiers who perpetrated it.

The report, one of two on the prison scandal due out this week, painted a picture of a prison in confusion: under mortar attack, staffed in part by corrupt Iraqi police officers, manned by under-trained American soldiers who were outnumbered sometimes 75 to 1 by the prisoners they were guarding.

"There was chaos at Abu Ghraib," said James Schlesinger, the panel's head, a former defense secretary

Schlesinger said that, "There are now some 300 cases of abuses being investigated, many of them beyond Abu Ghraib, so the abuses were not limited to a few individuals."

However, he added, "The abuses depicted in the photos did not come from authorized interrogations," which he described as "sadism on the night shift – sadism that was certainly not authorized. It was like animal house."

The report did not suggest that Secretary of Defense Donald Rumsfeld ordered any of the abuses or did anything to encourage them. But it indicated that his policies created some confusion at lower levels of the military.

"The abuses were not just the failure of some individuals to follow known standards, and they are more than the failure of a few leaders to enforce proper discipline," the report said. "There is both institutional and personal responsibility at higher levels."

The commission was particularly critical of Lt. Gen. Ricardo Sanchez, the top U.S. commander in Iraq at the time of the abuses, which occurred mainly between October and December 2003.

"We believe Lt. Gen. Sanchez should have taken stronger action in November when he realized the extent of the leadership problems at Abu Ghraib," the report said. It concluded that he "failed to ensure proper staff oversight" of detention and interrogation operations.

Also due out this week is a separate Army investigation conducted by Maj. Gen. George R. Fay on the role of military intelligence soldiers in the prison abuse.

The Fay report will expand the circle of people considered responsible for abuse beyond the seven military police soldiers already facing charges, The Washington Post reported in Tuesday editions, citing Army officers briefed on the findings.

The list will grow to include more than a dozen others, including low-ranking soldiers, civilian contractors and medics, the Post reported. The newspaper also said the Fay report criticizes military leadership, from the prison and up through the highest levels of the U.S. chain of command in Iraq at the time.

Fay's investigation shows that Sanchez failed to deal with rising problems at the prison as he tried to manage 150,000 troops countering an unexpected insurgency. But Sanchez will not be recommended for any punitive action or even a letter of reprimand, a Pentagon official told the Post.

Handlers have told investigators that the use of unmuzzled military police dogs was sanctioned by top military intelligence officers. But the new report will show that MPs were using their animals to threaten detainees as part of an unusual competition among themselves — not in accordance with intelligence officers — the Post reported, citing a Pentagon source.

Meanwhile, the lawyer of one of the U.S. Army reservists accused of abusing Iraqi detainees at Abu Ghraib prison said Tuesday that military prosecutors have agreed to drop some of their charges after the soldier agreed to plead guilty to the rest.

Staff Sgt. Ivan L. "Chip" Frederick did not enter a plea when he went before a military judge in Mannheim during a pretrial hearing Tuesday.

But his lawyer, Gary Myers, told reporters afterward that Frederick would plead guilty to some charges against him at an Oct. 20 sentencing hearing in Baghdad. He would not say which charges.

"An agreement has been reached," Myers said. "Some of the initial charges have been dismissed, some remain. (To) Those that remain, Staff Sgt Frederick will plead guilty."

"He's taking responsibility for certain acts," Myers said. The lawyer refused to elaborate or to say whether his client would spend time in prison.

Frederick is among seven members of the Cresaptown, Maryland-based 372nd Military Police Company charged in the scandal, which involves physical abuse and sexual humiliation of prisoners.

Frederick is accused of having helped force a prisoner to stand on a box with wires placed on his hands, a scene displayed in one of the photos from the prison. Frederick's charge sheet says the prisoner was told he would be electrocuted if he fell off the box, although the wires were not connected to a power source.

Frederick has claimed the abusive treatment was orchestrated by military intelligence officers rather than MPs, according to a diary his family made available.