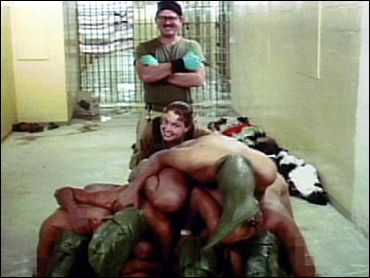 Doctors working for the U.S. military in Iraq collaborated with interrogators in the abuse of detainees at Baghdad's Abu Ghraib prison, profoundly breaching medical ethics and human rights, a bioethicist charges in The Lancet medical journal.

In a scathing analysis of the behavior of military doctors, nurses and medics, University of Minnesota professor Steven Miles calls for a reform of military medicine and an official investigation into the role played by physicians and other medical staff in the torture scandal.

He cites evidence that doctors or medics falsified death certificates to cover up homicides, hid evidence of beatings and revived a prisoner so he could be further tortured. No reports of abuses were initiated by medical personnel until the official investigation into Abu Ghraib began, he found.

"The medical system collaborated with designing and implementing psychologically and physically coercive interrogations," Miles said in this week's edition of Lancet. "Army officials stated that a physician and a psychiatrist helped design, approve and monitor interrogations at Abu Ghraib."

The analysis does not shed light on how many doctors were involved or how widespread the problem of medical complicity was, aspects that Miles said he is now investigating.

A U.S. military spokesman said the incidents recounted by Miles came primarily from the Pentagon's own investigation of the abuses.

"Many of these cases remain under investigation and charges will be brought against any individual where there is evidence of abuse," said Lt. Col. Barry Johnson, U.S. Army spokesman for detainee operations in Iraq.

The new allegations come as an Army investigation finds at least two dozen soldiers took part in abusing Iraqi inmates in addition to seven already charged – abuse, which as CBS News Correspondent Tom Fenton reports, took place not in one night, but over several months.

Fenton reports a senior defense official said the findings, to be released next week, will not directly blame top military officials, and there's no evidence suggesting the Pentagon ever ordered abusive interrogations, but the investigation faults U.S. commanders for failing to provide leadership and discipline over prison staff, which one official called, "a unit out of control."

Photographs of prisoners being abused and humiliated by U.S. troops in Iraq have sparked worldwide condemnation. Although the conduct of soldiers has been scrutinized, the role of medical staff in the scandal has received relatively little attention.

"The detaining power's health personnel are the first and often the last line of defense against human rights abuses. Their failure to assume that role emphasizes to the prisoner how utterly beyond humane appeal they are," Miles said in a telephone interview with The Associated Press.

He said military medicine reform needs to be enshrined in international law and include more clout for military medical staff in the defense of human rights.

Miles gathered evidence from U.S. congressional hearings, sworn statements of detainees and soldiers, medical journal accounts and press reports to build a picture of physician complicity, and in isolated cases active participation by medical personnel in abuse at the Baghdad prison, as well as in Afghanistan and at the Guantanamo Bay detention center in Cuba.

In one example, cited in a sworn statement from an Abu Ghraib detainee, a prisoner collapsed and was apparently unconscious after a beating. Medical staff revived the detainee and left, allowing the abuse to continue, Miles reported.

Depositions from two detainees at Abu Ghraib described an incident in which a doctor allowed a medically untrained guard to sew up a prisoner's wound.

A military police officer reported a medic inserted an intravenous tube into the corpse of a detainee who died while being tortured to create evidence that he was alive at the hospital, Miles said.

At prisons in both Iraq and Afghanistan, "Physicians routinely attributed detainee deaths on death certificates to heart attacks, heat stroke or natural causes without noting the unnatural (cause) of the death," Miles wrote.

He cites an example from a Human Rights Watch report in which soldiers tied a beaten detainee to the top of his cell door and gagged him. The death certificate indicated he died of "natural causes ... during his sleep." However, after media coverage, the Pentagon changed the cause of death to homicide by blunt force injuries and suffocation.

In a July 29 New England Journal of Medicine essay, Lifton urged medics to report what they know about American torture at Abu Ghraib and other prisons, and said in an interview Thursday that a non-military-led investigation of doctors' conduct is needed.

"They made choices," he said. "No doctor would have been physically abused or put to death if he or she tried to interrupt that torture. It would have taken courage, but it was a choice they had."

The World Medical Association, an umbrella group for national medical associations, reiterated its policy of condemning any doctor's involvement in abuse or torture of detainees.

In an editorial comment, The Lancet condemned the behavior of the doctors, saying that despite dual loyalties, they are doctors first and soldiers second.

"Health care workers should now break their silence," the journal said. "Those who were involved or witnessed ill-treatment need to give a full and accurate account of events at Abu Ghraib and Guantanamo Bay. Those who are still in positions where dual commitments prevent them from putting the rights of their patients above other interests should protest loudly and refuse cooperation with authorities."

Johnson, the Army spokesman, said the U.S. military "will allow no actions that undermine or compromise medical professionals' commitment to caring for the sick and wounded, regardless of who they are or their circumstances."

In his article, Miles dismissed Pentagon officials putting the blame for the abuse on poor training, understaffing, racism, pressure to procure intelligence and the stress of war.

"Fundamentally, however, the stage for these offenses was set by policies that were lax or permissive with regard to human rights abuses, and a military command that was inattentive to human rights," Miles concluded.