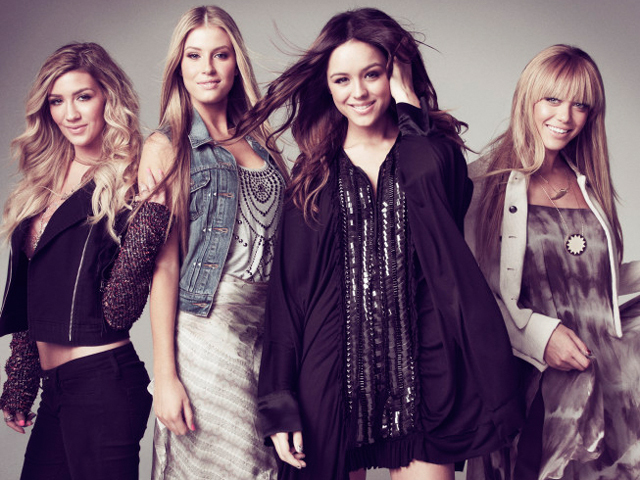 And what distinguishes the good acts from the bad on Simon Cowell's latest manipulative creation is that they can sing live.

That doesn't mean that the worst acts would be kicked off last night. It just meant that Lakoda Rayne had to be kicked off or there would have been an Occupy X Factor movement.

It is not their fault. They were put together for their looks and for the fact that none could make it as a solo singer.

But they were not the only ones who would be shown the door to oblivion.

First, though, we had to sit through a reprise of the night before, for which we should have given thanks, as it delayed the obligatorily awful group performance by a few minutes. This week the group performance featured utter immolations of songs made famous by the glorious Pink.

Josh Krajcik, wearing a bowler hat straight from "Clockwork Orange", tried to open his mouth as little as possible as he mimed his way through this act of desperation.

Thankfully, the act that polled the lowest would be offered a one-way ticket out without even having the chance to sing again for its survival.

The host Steve Jones-- aka Mannequin Man-- asked Lakoda Rayne and Drew to join him. This did not mean these were the bottom two, merely that one was the bottom one.

"I know this will come as a surprise," he waffled inhumanely.

This was no surprise. It had to be that Lakoda Rayne would drizzle no more.

"One of you is going through to next week's show," continued Steve Storefront. Drew was seen to breathe a deep sigh of relief. Somewhere in her little heart she knew that it had to be her going through and not Lakoda Rayne.

When the tap was switched off on the all-girl group--and on Paula Abdul's participation as a mentress--Jones had the perfect words.

He turned to Drew and asked: "How does that feel?"

Then he managed to twist his body toward Lakoda Rayne and charmingly purred: "That's it. The dream is over. How does it feel?"

Some might have felt like tapping him on the skull. Instead, one of the Raynes insisted: "The dream is not over."

She promised the group would be performing concerts all over the country. Fresno, you have been warned.

Soon, Chris Rene, Rachel Crow and Josh Krajcik were told they could not leave.

Mr. Jones, after yet another commercial break, offered another heartbreaking line of absurdity.

Just before announcing the two further acts who were staying, he turned to the four remaining and said: "The very best of luck."

Why on earth is he wishing them luck when he knows which of them will have to sing for their shortcomings?

As it was, Leroy Bell and Marcus Canty were left to scramble. Why those two? Because neither has a real identity, neither has an obvious market and neither is terribly engaging.

Jones brought Canty close to him, before asking the searching question: "How are you feeling?"

He then turned to Bell and changed up the inquiry: "Leroy, how are you feeling?"

Canty was up first with a little Christina Aguilera. It was truly quite little-- pleasant, effortful and entirely forgettable.

Bell offered the Beatles' "Don't Let Me Down." What a prophet.

His performance utterly buried that of Canty. It was full of soul, feeling and crowd-stirringness.

L.A. Reid argued that Canty was more consistent and that Bell had more sizzle. Stunningly, he chose to save his own boy, Canty.

Scherzinger chose her own granddad, Bell.

Paula Abdul, strangled by a strange sense of objectivity, also chose to save Bell. Cowell, ever chillingly manipulative, chose to save Canty.

So it was down to the viewers' votes after all. And the viewers had preferred Canty.

"I'm staggered to see you here," said Jones to Bell.

Then he posed the question that everyone would have posed in his wooden shoes: "How are you feeling?"

Scherzinger, seemingly tired of the host's one-note psychology, grabbed the mike from him and begged the audience to give Bell one more ovation.

The audience showed its feelings by cheering Bell.