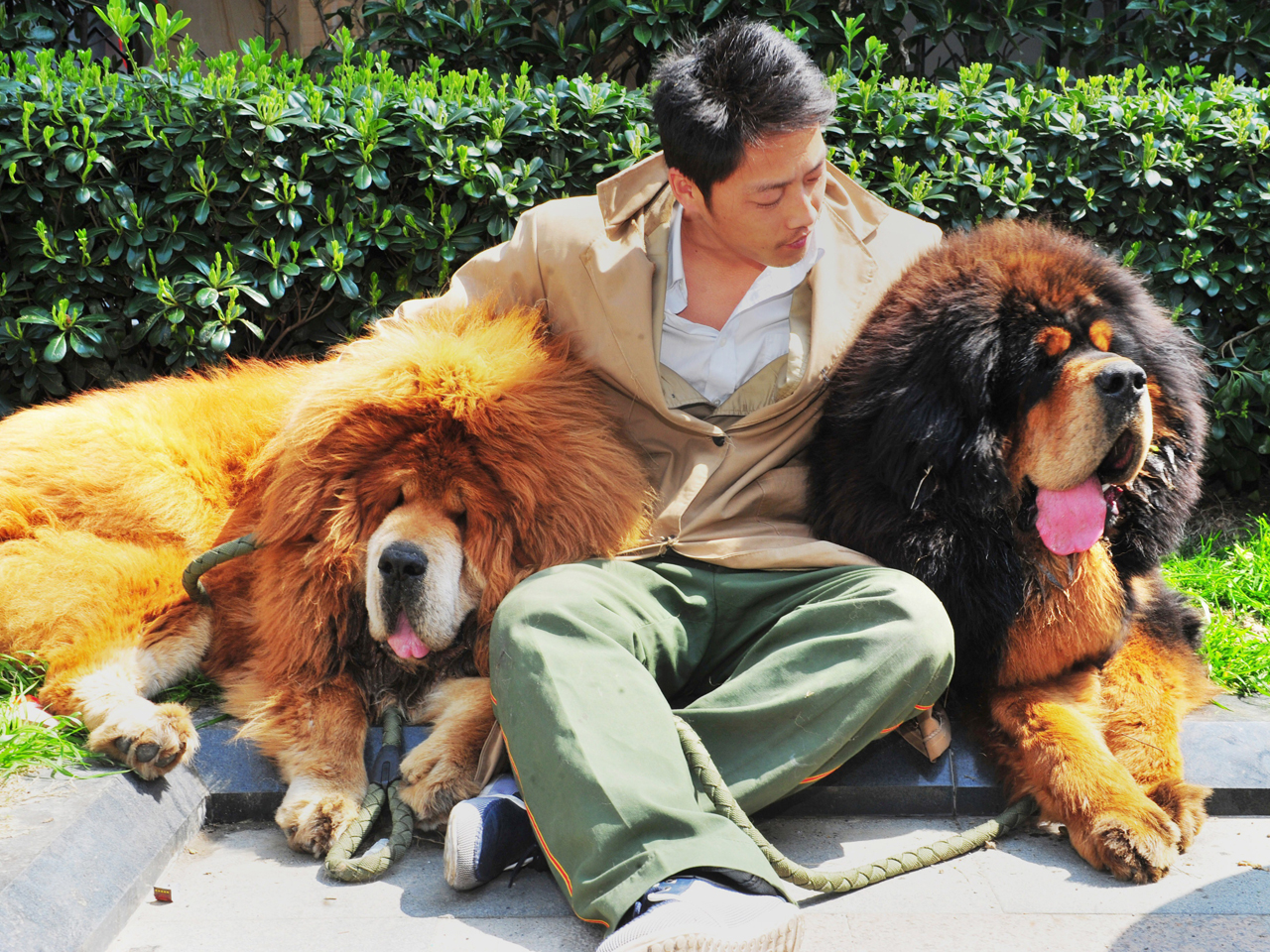 A Tibetan mastiff puppy might just be the most expensive dog ever.

A Chinese businessman has paid 12 million yuan, or $1.94 million, for a golden-maned puppy, AFP reports, citing the Qianjiang Evening News. The amount might just make the pup the priciest dog ever sold.

The sale comes as the breed has become a status symbol among China's nouveau riche, partly because the dog is both relatively rare and is considered to "have lion's blood," according to the dog's breeder. But the rise in China's Tibetan mastiff prices -- just a few years ago, the dogs reportedly sold for as little as $800 -- could reflect the classic profile of a speculative bubble.

"You aren't buying gold or a diamond that has continual value, but a living creature that could drop dead tomorrow," notes Martha Feltenstein, the president of the American Tibetan Mastiff Association. "They are not inherently valuable."

Feltenstein, who owns five Tibetan mastiffs, notes that the prices reported from China might not reflect reality, but instead could be a merely a price quoted by breeders, who hope to drive up demand and asking prices for the dogs.

It's also not the first time a Tibetan mastiff has sold for more than seven figures. In 2011, one red-haired Tibetan mastiff sold for $1.5 million. The purchaser was said to be a coal baron.

The Tibetan mastiffs aren't only viewed as pets, but as investments: Some of the Chinese buyers pay top prices with the expectation of renting out the dogs to other breeders. According to the Telegraph, some of the Tibetan mastiffs can earn a stud fee of $16,000. Of course, those fees are based on the premise that additional wealthy buyers will continue to bid up the prices of the puppies. In that case, the prices may reflect a modern-day version of the Dutch tulip mania of the 1600s, when bulb prices skyrocketed because of demand from wealthy merchants.

The fact is, though, that Tibetan mastiffs are increasingly popular in China, with the newly rich considering the dogs a status symbol.

"Pure Tibetan mastiffs are very rare, just like our nationally treasured pandas, so the prices are so high," the dog's breeder, Zhang Gengyun, told the Qianjiang Evening News.

Still, the reports of sky-high prices for Tibetan mastiffs may do more harm than good, notes Feltenstein. Some in the U.S., believing they'll make their fortune, start breeding the dog, but aren't able to sell the puppies, which then end up in rescue homes, she notes.

Tibetan mastiffs can be found for only several hundred dollars in the U.S., while puppies from reputable breeders may sell for as much as $3,000. The dogs, she cautions, aren't the easiest breed.

"I like their character but it's like living with a giant cat," she notes. "They are a very willful, clever and manipulative dog."

The 10 most popular toys this holiday season