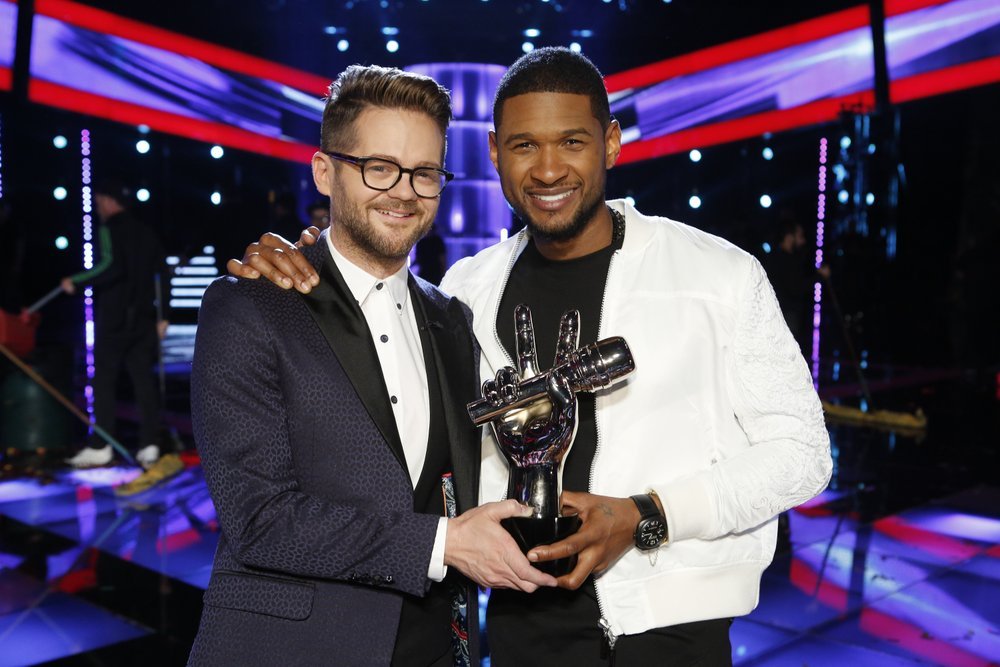 The 38-year-old performer from team Usher was crowned the season six winner of NBC's "The Voice" Tuesday.

"It was a lot of nerves and heart-racing and it felt like forever," Kaufman said during a post-show press conference.

This is the first win for Usher, who also coached during season four.

Usher relished his triumph over previous winners Adam Levine and Blake Shelton. "This is a show about dreams, about the journey of being an artist, and he represents all of that," Usher said. "From the time of the blind auditions to being stolen, he's been on an amazing journey."

He joked that the Maroon 5 frontman was likely "behind the stage counting votes."

Gwen Stefani and Pharrell Williams will join Levine and Shelton for the sing-off's seventh season.

Watch the video below and tell us -- are you glad Kaufman won?