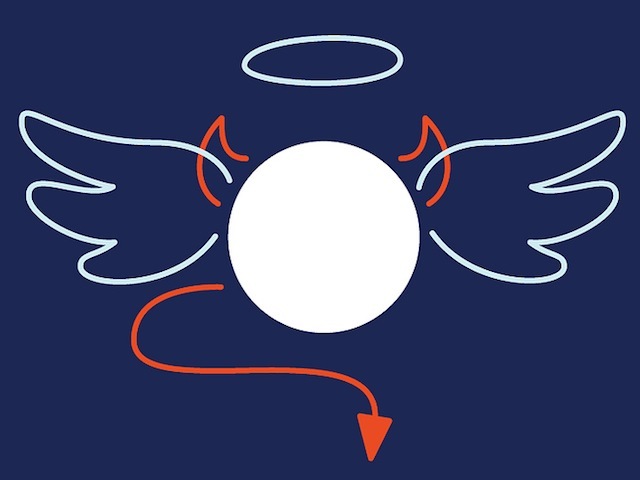 (MoneyWatch) COMMENTARY Everybody has an opinion about human resources. As polarizing organizations go, HR wins hands down, with marketing a distant second.

Who does HR really serve, the company or the employees? If you've got issues with your boss or a coworker, should you go to your HR person or keep it to yourself?

What was Dilbert creator Scott Adams really thinking when he created Catbert: Evil Director of Human Resources? Are HR people the bad guys or just stuck in the middle with a thankless job?

Does the function do anything for the business or is it just a necessary expense?

So many questions, so many opinions and so many HR books, blogs and websites. Is it even possible to find an objective perspective on such a highly charged and subjective topic? The truth behind all the myths? Beats me, but I'll try.

One thing's for certain. I've worked alongside dozens of top HR executives at companies big and small and I have no vested interest in the function, one way or the other. No skin in the game, no axe to grind. Here's my take on how human resource organizations really work, why these people do the things they do and how to get the most out of the relationship.

Is there any truth to the "Evil HR" thing?
Actually, yes, there is, but not necessarily the way you'd think and it's anything but pervasive. Just like with any other executive, it depends on the individual. There are quite a few examples of dysfunctional HR VPs who polarized management teams and, believe it or not, proved destructive to the CEOs that hired and trusted them.

One human resources head, Mary McLeod, even has the distinction of being toxic to two different companies and their CEOs: David Pottruck at Schwab and, years later, Pfizer CEO Jeff Kindler. In both cases McLeod's termination was followed immediately by her CEO. You can read about the fascinating and sordid story here.

In 1999, Compaq chairman Ben Rosen and the board of directors ousted long-time CEO Eckhard Pfeiffer. The reason? Human resource chief Hans Gutsch controlled access to Pfeiffer, isolated the chief executive, and created a divided management team split by infighting, politics, and power plays. The tale is strikingly similar to that of McLeod's.

I was involved with one public company that, likewise, had a powerful and overzealous HR vice president who controlled far more of what went on at the company than he should have. Sure enough, the company's executives became enmeshed in a stock option backdating scandal that was, in my opinion, brought about by the same man. Again, the CEO lost his job.

These situations are probably rare but, as you can see, they do exist.

Who does HR really serve, the company or the employees?
In most companies, a human resources executive will view her customer or client as the head of the business unit she's assigned to. In matrix organizational structures, whether the HR person reports directly or dotted line to a divisional VP or general manager, she's usually referred to as an HR business partner. That's pretty much the way it works.

I wouldn't necessarily say that puts HR at odds with the best interests of employees, but at times, the interests of executive management and employees can certainly be in conflict, that's for sure. I've seen some HR executives handle that challenge remarkably well, but others, not so much.

Not surprisingly, that balancing act and how employees are treated depends as much on the competence of the executive management team and the culture they engender than specific human resource individuals.

If the CEO believes the key to the company's success rests with its most precious resource, its people, he'll likely put a premium on employee development and engagement and set goals and direction for human resources that reflect that.

Then there are CEOs that, for whatever reason, don't see employees as a strategic resource but more or less as nameless, faceless, human capital. For them, HR is probably more of a necessary expense to be minimized.

In dysfunctional companies with a lot of infighting and "us versus them" political battles, you're likely to find dysfunctional people at the top, in the middle, and, you guessed it, in human resources, as well.

HR strategy is top-down driven but executed by individuals
Company culture is top-down driven. Strong, capable leaders build high-performance cultures that are built to last. Those companies strive to create a work environment that motivates and challenges employees to perform at their best and compensates them accordingly.

At those companies, you're not likely to find very many of the evil HR or Catbert types and, if they do exist, they're outliers that are weeded out in time. At those companies, you'll find a greater alignment between the priorities and goals of executive management and how motivated, engaged and happy employees are.

Of course, the opposite is also true. And the behavior of HR will generally reflect the culture driven by executive management.

That said, there are bell curves for all things that involve people. There will always be top performers at one end of the curve, incompetent people at the other end, and everything in between. Ultimately, everyone's an individual and, the bigger the company, the more challenging it is to drive a consistent culture. That's the second factor behind HR behavior. It's always an individual that executes.

So, the bottom line is this: If you know the culture at your company and you know what kind of HR person is assigned to your group, that's probably enough information to make effective decisions regarding how to work with them. Information is power. Use it.