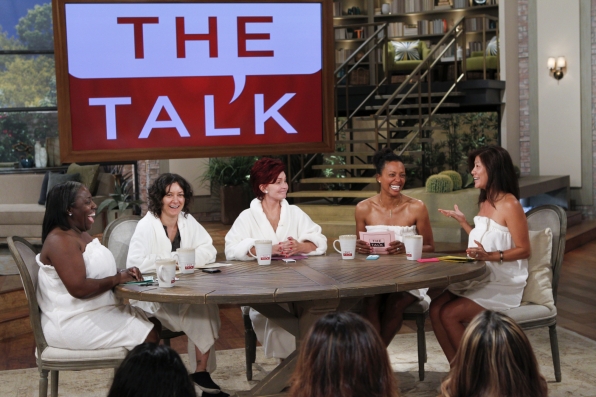 (CBS News) On a day when the competition swelled, the stars of "The Talk" decided to pare things down and take it all off. The makeup, that is.

They demanded the same thing from their guests that day, too. The good sports were actress Jamie Lee Curtis, and soap stars Michelle Stafford, Melody Thomas Scott and Katherine Kelly Lang

In interviews that preceded and followed their show, the women said the stunt was the idea of Gilbert and fit in with the show's philosophy.

"We kind of tell it like it is," Chen told People magazine. "We decided the ultimate way to be real and authentic would be to go on without our fake hair, fake eyelashes, five pounds of TV makeup."

Only ratings will tell whether their audience approved, but the strategy made the show stand out in an ever-growing field.