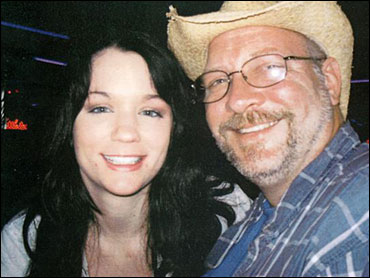 KNOXVILLE, Tenn. (CBS/AP) A married dad of two; a remote mountain cabin; a stripper tied up on the couch - what could possibly go wrong? Everything, if you are David Jansen, 46, of Snellville, Ga.

What may have started off as a romantic rendezvous, became anything but.

When Jansen ordered a pizza and the deliveryman was greeted with a scene either made in hell or made in Hollywood.

Did the showgirl tied-up on the couch have a penchant for bondage or was she being raped?

The deliveryman says she silently begged him to "please call 911." So 32-year-old Chris Turner called the police from a nearby home. Jansen was promptly arrested and charged with rape.

At first the story was a tale of a quick-thinking deliveryman's heroism. But now, prosecutors aren't sure what happened and they have dropped all charges in the case. Jansen has claimed that the May 26 incident was consensual.

"It's hard to look inside somebody's brain to see if all this was contrived between two parties or if she really was kidnapped and raped," Sevier County Assistant District Attorney Steven Hawkins told The Associated Press. "Who can tell?"

Jansen, whose wife filed for divorce after his arrest, wasn't in the courtroom in Sevierville.

"This has been a difficult time for Mr. Jansen and he is happy to have this part of the ordeal behind him," Jansen's attorney Don Bosch said. Jansen has not decided whether to take legal action against the woman or anyone else involved in his arrest, Bosch said.

Tennessee authorities learned, after Jansen's arrest, that the 24-year-old Atlanta woman who accused him had been convicted and sentenced to probation for lying to Georgia police about being attacked in 2005 and 2006.

Hawkins said there were no plans to charge her in Tennessee.

"She insisted it did happen and there is a lot of evidence that it did happen," said Hawkins, who talked to the woman by telephone Thursday.

The woman's attorney, Alan Begner of Atlanta, said Hawkins "did not ask us what we thought about" dismissing the charges, but he said he understood the burden of proving the case beyond a reasonable doubt.

However, Begner noted the woman had not recanted her story. She did not immediately return an e-mail seeking comment Thursday, and a phone call to the club she worked at rang unanswered.

The woman told police she knew Jansen as a customer at a restaurant and strip club she worked at in Atlanta. She claimed he lured her into his car, tied her up, drove to Gatlinburg and raped her. Police found rope and ripped clothing in the cabin.

Turner discovered her bound on the couch while making a delivery to a remote rental cabin near Gatlinburg in the Smoky Mountains. After Jansen signed his credit card slip, Turner rushed to another cabin and called police. Jansen was arrested, and the woman was taken to a hospital.

She later told Turner she feared she would have been killed if not for him.

Bosch later found witnesses and convenience store surveillance videos that suggested the woman had chances to escape or call for help. And a polygraph test indicated Jansen was truthful when he told investigators that the sex was consensual, and that the kidnapping was part of a bondage fantasy.

While the case may not have been what it seemed, Hawkins said that takes nothing away from the deliveryman's actions.

"I think he saw what appeared to him based on all the evidence to be a kidnapping and he did the right thing. I don't think this diminished what he did a bit. Nor does it diminish what the sheriff's department did," he said.

"Everybody did what they felt was right based on everything right then."