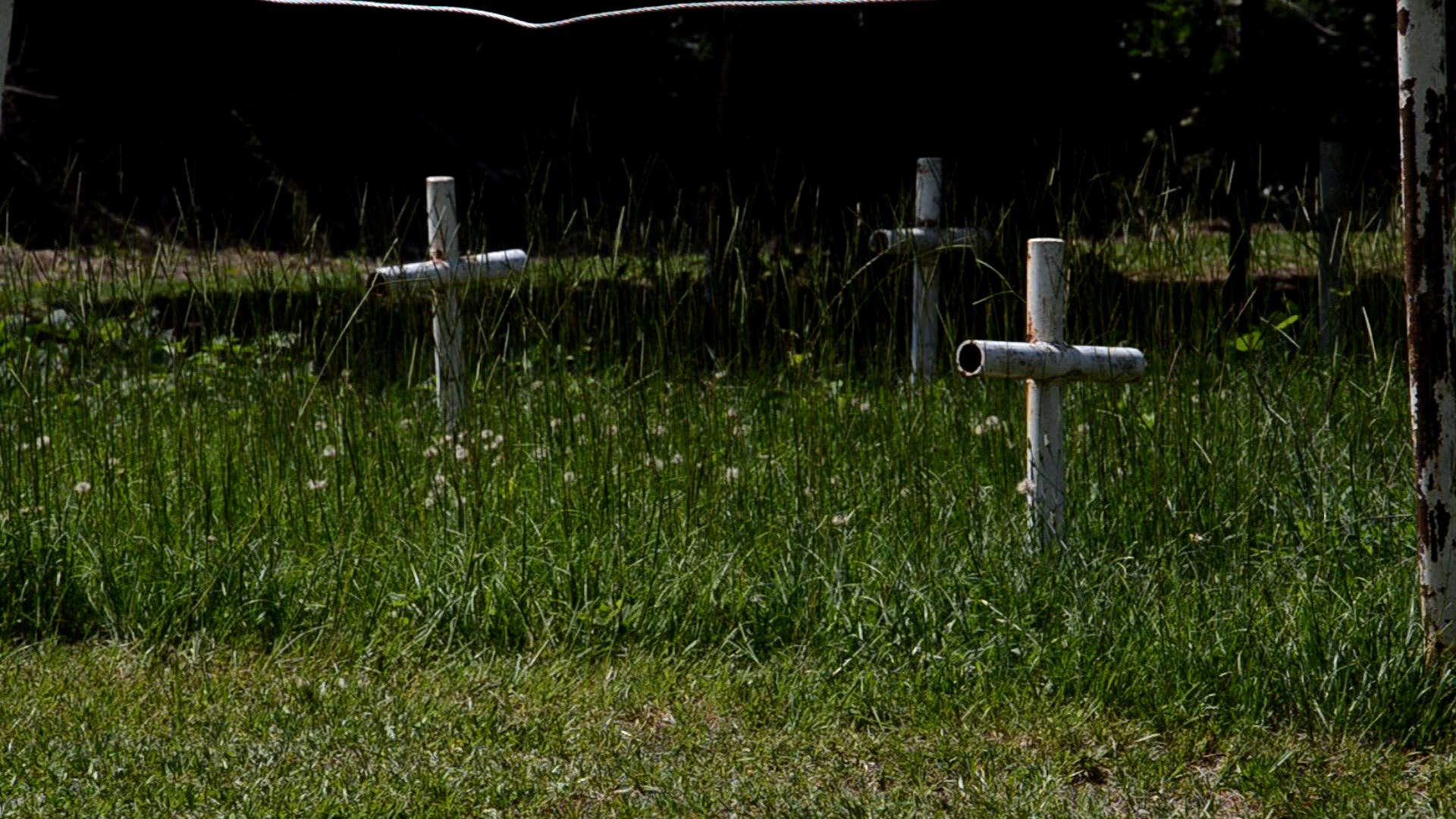 Editor's note: This story is the final installment in a four-part Web series about the former Dozier School for Boys, a shuttered Florida juvenile detention facility that garnered a lasting reputation for brutality. 96 boys died while incarcerated there, and at least 50 are believed to be buried at the site. As reported by the CBS Evening News, Florida officials voted this week to begin exhumations there.

READ: First installment of "The Search for the Dead"

READ: Second installment of "The Search for the Dead"

READ: Third installment of "The Search for the Dead"

THE QUEST FOR EXHUMATIONS

(CBS) MARIANNA, Fla. --Dr. Erin Kimmerle first learned of the Marianna boy's school by reading a local newspaper article in 2011. Later, after meeting the article's author, Ben Montgomery, White House Boy Robert Straley and Ovell Krell Smith, Dr. Kimmerle was struck by the similarities to many of the international cases she had worked on as a forensic anthropologist.

That same year, through the University of South Florida, Dr. Kimmerle applied for and was granted a permit to conduct archaeological research at the Dozier School for Boys. Working alongside Dr. Richard Estabrook and the Florida Public Archaeological Network, the team's stated mission was to determine the number, location and identity of graves buried in an area of the school known as the Boot Hill Cemetery.

The project was led by Dr. Kimmerle, whose resume includes the role of chief anthropologist for the United Nations International Criminal Tribunal for the former Yugoslavia in 2001 and work with a Peruvian team in 2008 exhuming the bodies of men, women and children from a mass grave in the small hamlet of Putis. She has also worked with the state of Florida on more than 90 unsolved cold case homicides.

After extensive archival research and interviews with former students and employees, the team determined that a minimum of 98 people, including boys aged 6 to 18 years old and two adults, died at the school between 1914 and 1973. They also discovered that seven of those boys died following escape attempts from the school and that 20 died within three months of being sent to the school.

Dr. Kimmerle also learned that on multiple occasions, school officials did not report deaths to the state, have a physician certify death or include all of the deaths in public reports and state investigations.

Through the use of ground penetrating radar in the field, the team found what appear to be the grave shafts of at least 50 unmarked burial sites.

"At a minimum what we're trying to do is find and identify the graves and mark them," Kimmerle told us in January, adding, "I don't want to just leave and see the woods grow back over the burials and the work that we've done."

On May 24, 2013 Jackson County Circuit Judge William L. Wright denied the petition for exhumation saying the researchers had "failed to meet the threshold for an order granting exhumation" because their report did not "provide any information or opinion regarding what physical evidence is likely to be found that will lead to the identification of remains or the determination of the causes of death."

But in his decision, Judge Wright also added that they didn't need the court's permission to excavate the bodies, that they already had all the proper permits and that Dr. Hunter had the legal authority to perform autopsies.

From there, Kimmerle's team had to apply to Secretary of State Ken Detzner's office for a permit to excavate. Detzner's office had been the authorizing agent in getting permits to search for the grave shafts, so it seemed logical that his office would sign off on full excavation for skeletal analysis.

But Detzner's office refused the petition, at first, by asking Kimmerle to withdraw the application. When the team would not withdraw, Detzner asked them to provide more information on the proposed excavation. Once that information was provided by USF, the Secretary of State's office still refused to grant the necessary permission saying that it did not have the authority.

While Kimmerle's team worked on writing an appeal to Detzner's refusal, a graduate student at USF started an online petition, calling on state leaders to finally unearth the secrets buried at the school.

And then a work around was devised, a request made to the Board of Trustees of the Internal Improvement Trust Fund. Under that request, USF would be granted access to state-owned property "for the purpose of continuing to locate and also excavate unmarked human burials on the Dozier School property and to identify any human remains so that those remains might be returned to their families."

The Board of Trustees consisted of Governor Rick Scott, Attorney General Pam Bondi, Chief Financial Officer Jeff Atwater and Commissioner of Agriculture Adam Putnam. In a meeting on Tuesday, Aug. 6th, the board voted to allow Kimmerle to begin the excavation of human remains.

"I think you can really sympathize with the families and that's what's driving this. Yes, we're doing research, but it's so much more than that because you have the sisters and brothers of boys buried out here asking for information. That's very reasonable, I think anyone can relate to that," Kimmerle told us in January.

A long road, to be sure. But one that family members hope will finally end in answers.