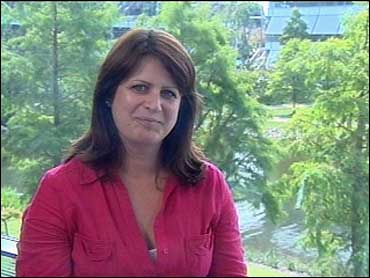 We owe each other an apology. I don't know which of us started it all, but, in the interest of international relations, I will be the first to say sorry.

Please forgive us our British TV reality shows and we will forgive you your American ones. That's not to say that we are not utterly fed up, bored and miserable with them. This is the silly season and our TV screens are infected with masses of this crass 'reality' rubbish.

Hopeless, talentless no-bodies exposing themselves as fools and idiots in pursuit of celebrity. Big Brother, Love Island, Ballroom Dancers, Apprentices, Singing Idols, Acupuncturists ... OK, I made the last one up, but you get the idea.

Daily we are meant to watch a bunch of nobodies degrade themselves in every way possible. We are asked to phone in with our Roman like thumbs up or down to mark either their survival or TV death - the modern day equivalent of throwing Christians to the lions. And where is this all going to end?

To be honest I don't really care about these fools. If they want to destroy their self-respect and sell their souls to the celebrity devil, then let them. I don't even care if this pointless phenomenon leads to their ultimate sacrifice. What I do care about is that more and more, I have to endure endless hours of TV banality followed by the winner becoming a vacuous celeb – famous for nothing more than being a brainless show-off.

And it's not as if these shows are cheap. In one such programme an entire tropical island has been hired for the duration. But over here, although the programmes are now expensive, they are self-funding. By us. By the viewers who call in to vote on expensive phone lines.

We support and encourage and pay for this utter rubbish. If we only stopped doing it – then we might just get some decent dramas back on our screens and save me from going crazy enough to volunteer myself for one of these poisonous excuses for television programming. Now, I've said my piece – it's your turn to apologise!
by Petrie Hosken