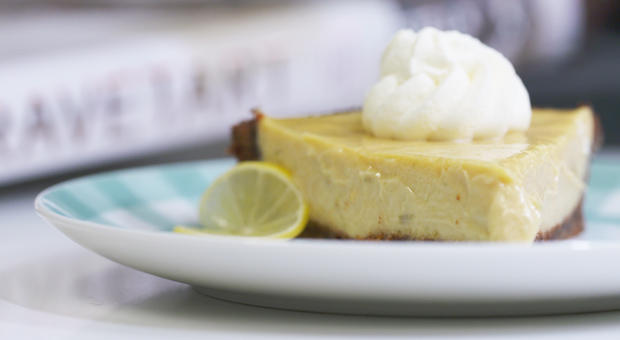 Pastry chef Stella Parks' book, "Bravetart" (W.W. Norton), offers this slice of pie history: the earliest recipe she could find, which dates back to the year 1931, wasn't from Florida at all. It was published by Borden Dairy – in New York City!

"It was for a Magic Lemon Pie," said Parks. "And by all accounts, it's a Key Lime Pie. It's a graham cracker crust. It's a no-cook custard that involves a can of condensed milk, some lemon juice, and some egg yolks that is poured into this crust and topped with a little bit of whipped cream. That's a Key Lime Pie."

Needless to say, in Key West, all this has caused pie pandemonium, and no small amount of pushback.

"There were just so many things that were wrong, that I knew were wrong," said cookbook author and co-founder of the Key Lime Festival, David Sloan.

Sloan put out a call to action, seeking evidence from cooks to defend the pie's origins in the Keys. "You know, it's a big part of our culture," Sloan told correspondent Nancy Giles. "Let New York have the pizza. Give us the Key Lime Pie!"

But Stella Parks hasn't seen the proof she needs yet. "I think it's important to say that there could be, in some box some grandma has stored away her copy of this recipe from way earlier and it hasn't been discovered yet," said Partks. "So, this is all under the caveat of that this is all I have been able to find."

"And just for the record, you're not a New Yorker? You're not trying to claim Key Lime Pie?" asked Giles.

"I am not a New Yorker. I am a Southern girl!" she laughed.

Things were getting a little tart, so Giles did what she had to do: try both pies.

Stella Parks made her recipe, while David Sloan enlisted Sheila Sands-Devendorf, a fifth-generation local, who followed a recipe passed down from her mother.

And the winner? Mmmmmm. It's a pie tie!

Sloan said, "It's pie! It should make people happy. And that's the way I really feel about it. It's pie!"