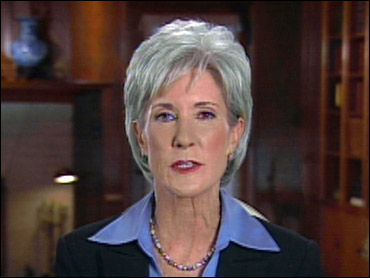 This column was written by Henry Payne in the Planet Gore blog.

Meet the Nancy Pelosi of the Great Plains.

Gov. Kathleen Sebelius of Kansas, who remains on Barack Obama's vice-presidential short list, was in Detroit on Tuesday to launch a woman-voter-outreach program for Barack Obama's campaign. "I think many people in Michigan and Kansas and across the country really don't know much about John McCain's policies and how he has voted the last 25 years," Sebelius said.

But Michiganders - and the country - may not be ready to embrace Sebelius' radical green resume either.

"Instead of building two new coal plants, which would produce 11 million new tons of carbon dioxide each year," Sebelius said earlier this year in defending the state's decision to nix new coal facilites in west Kansas. "We now know that carbon has a huge impact on the atmosphere, and global warming is very real. In a state like Kansas, where over 20 percent of our jobs and economy involves agriculture and the land, changes in the climate and atmosphere can be devastating. Kansas has great opportunities in clean energy and alternative fuels."

But as Planet Gore's own Sterling Burnett has reported, 13 potential Kansas wind-farm projects are endangered as a direct result of the state's rejection of the coal plants!

"New transmission lines were to be part of the $3.6 billion Sunflower Electric Power Corp. project," reported Burnett. "But with the fate of that project in doubt, several western Kansas officials say their projects aren't feasible without the additional transmission capacity."

"I'd say this decision pretty much halts wind development in western Kansas," said David Snyder, economic development director in Ness County. "We need transmission lines, and we need the coal plants to get them."

Snyder is simply reciting Renewable Power 101: It's not economically practical for transmission lines to be erected for wind alone due to the line expense and the erratic nature of wind power. Wind, in other words, can only supplement larger (and less intermittent) energy sources.

Such energy fundamentals are of no concern to zealots like Sebelius, however. Her administration's decision has enraged western Kansans who were counting on coal power for economic development. The legislature has tried repeatedly to overrule the state Department of Health and the Environment's ruling, only to meet three vetos from Governess No.

"Not only do we lose the $3.6 billion expansion investment (and) those hundreds of jobs won't happen," says Kansas House Speaker Melvin Neufeld, "(but) other companies considering expansion in Kansas may see us as an unfriendly place to do business and tens of thousands of Kansans now face the very real possibility of higher electric bills."

Washington is already top-heavy with green zealots like Nancy Pelosi and Harry Reid. An Obama/Sebelius ticket would fit right in.
By Henry Payne
Reprinted with permission from National Review Online