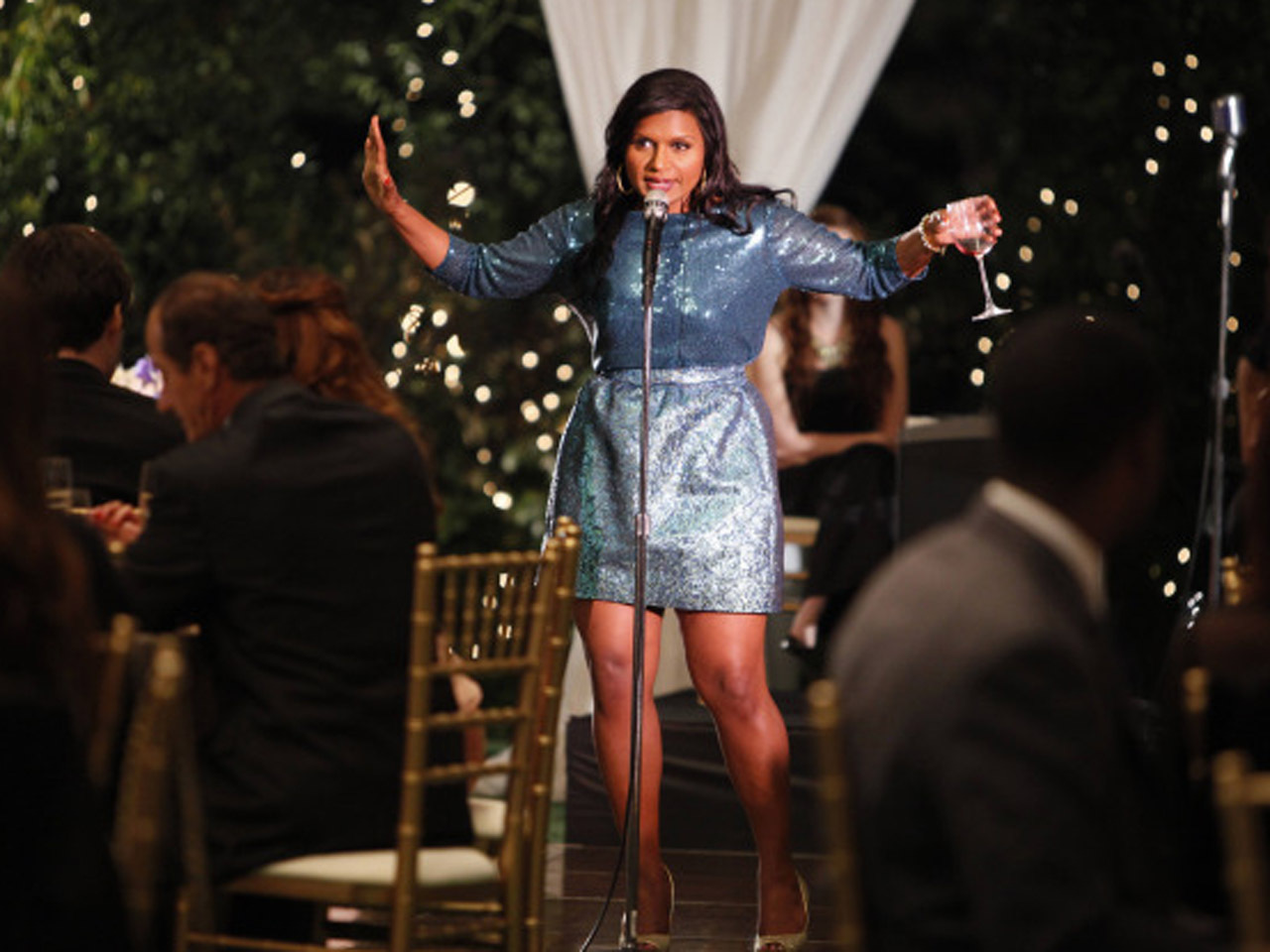 (CBS News) "The Mindy Project," Fox's highly anticipated new comedy, named for its star Mindy Kaling of "The Office," made its debut Tuesday night, taking viewers into the life of a 30-something doctor who desperately wants her love life to be that of a Nora Ephron movie.

Kaling plays Dr. Mindy Lahiri a 31-year-old OB/GYN who is unlucky in love and treats romantic comedies as her guidebook to relationships.

In the pilot, Mindy is invited to an ex-boyfriend's wedding. Tom (Bill Hader), who is a dentist, left Mindy to marry one of his patients. Mindy drowns her sorrows in champagne at the wedding, which leads to an inappropriate wedding toast.

After drunkenly running out of the reception, biking in the middle of the street and having a conversation with a Barbie doll at the bottom of a pool, she is arrested for disorderly conduct and public intoxication.

Mindy's best friend Gwen (Anna Camp) comes to bail her out while her co-worker and rival Dr. Danny Castellano (Chris Messina) was forced to deliver her patient's baby.

Later, as Mindy prepares to a blind date, she walks around the office showing off her sparkly sequin outfit, which Danny insists would only be perfect for a date with Elton John on New Year's Eve.

When she follows his advice and wears something fitted and simple he tells her she looks nice. It is then clear that Danny and Mindy may be playing a game of cat and mouse for the rest of the season, but another doctor stands in their way - Dr. Jeremy Reed.

Jeremy is a hot British doctor who works in their office and who is constantly offering Mindy a purely sexual relationship with no strings attached.

What did you think of Kaling's new show? Did it meet your expectations?