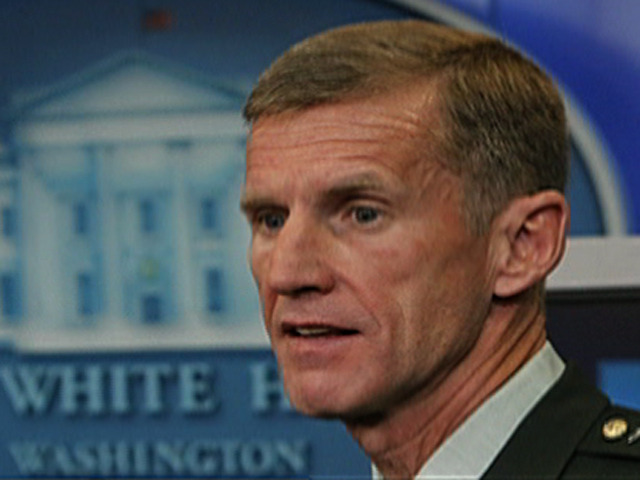 If he hadn't learned it already, Barack Obama must surely now be aware that governing is really about managing and containing crises, with brief respites for giving speeches on policy. He tried to pivot away from managing the Gulf oil crisis, and -- blam -- he's hit in the face with rank insubordination by the man to whom the fate of his presidency is yoked -- Gen. Stanley McChrystal, the commander of the Afghanistan war campaign.

Today, Mr. Obama planned to focus on health care -- again. Safe to say that no one will notice.

As McChrystal makes his way across the Atlantic to prostrate himself before the commander in chief, the White House will grapple with several important questions. What was McChrystal's intention in granting an interview to Rolling Stone? Was it to push back against perceived slights?

Did he mean to demean Vice President Biden in the piece, or did the author misconstrue McChrystal's attempt at humorously noting the strategic differences between them? Can Mr. Obama afford to dress down McChrystal publicly without damaging the mission itself? Will the reaction to the interview re-polarize the debate about the future of American policy in Afghanistan?

Because, really, for Mr. Obama, the most important thing, at the end of the day, is winning the war. That's why McChrystal probably won't be fired. That's probably why McChrystal won't resign. And that's why all of the actors in this drama are going to have to at least pretend to get along: there are lives at stake -- American lives, which are being lost at a rapid clip, based on the premise that the decision to extend the war in Afghanistan is to our vital national interest.