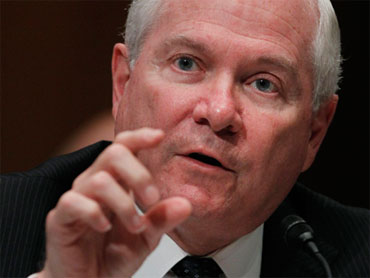 Defense Secretary Robert Gates said in a statement today that Gen. Stanley McChrystal "made a significant mistake and exercised poor judgment" in his comments to Rolling Stone.

"We are fighting a war against al Qaeda and its extremist allies, who directly threaten the United States, Afghanistan, and our friends and allies around the world," Gates said. "Going forward, we must pursue this mission with a unity of purpose. Our troops and coalition partners are making extraordinary sacrifices on behalf of our security, and our singular focus must be on supporting them and succeeding in Afghanistan without such distractions."

He said McChrystal, the top U.S. commander in Afghanistan, has apologized to him and is similarly reaching out to apologize to others named in the article.

McChrystal has been summoned to Washington to explain the article to President Obama and other administration officials in person. In the article, the general expresses concerns about the president, appears to mock Vice President Joe Biden and is described by an aide as seeing Richard C. Holbrooke, Obama's senior envoy to Afghanistan and Pakistan, as a "wounded animal." McChrystal's aides are also quoted calling national security adviser James L. Jones a "clown" who remains "stuck in 1985" and mocking other officials.

CBS News confirms that McChrystal has telephoned Biden and apologized, according to a Biden aide.