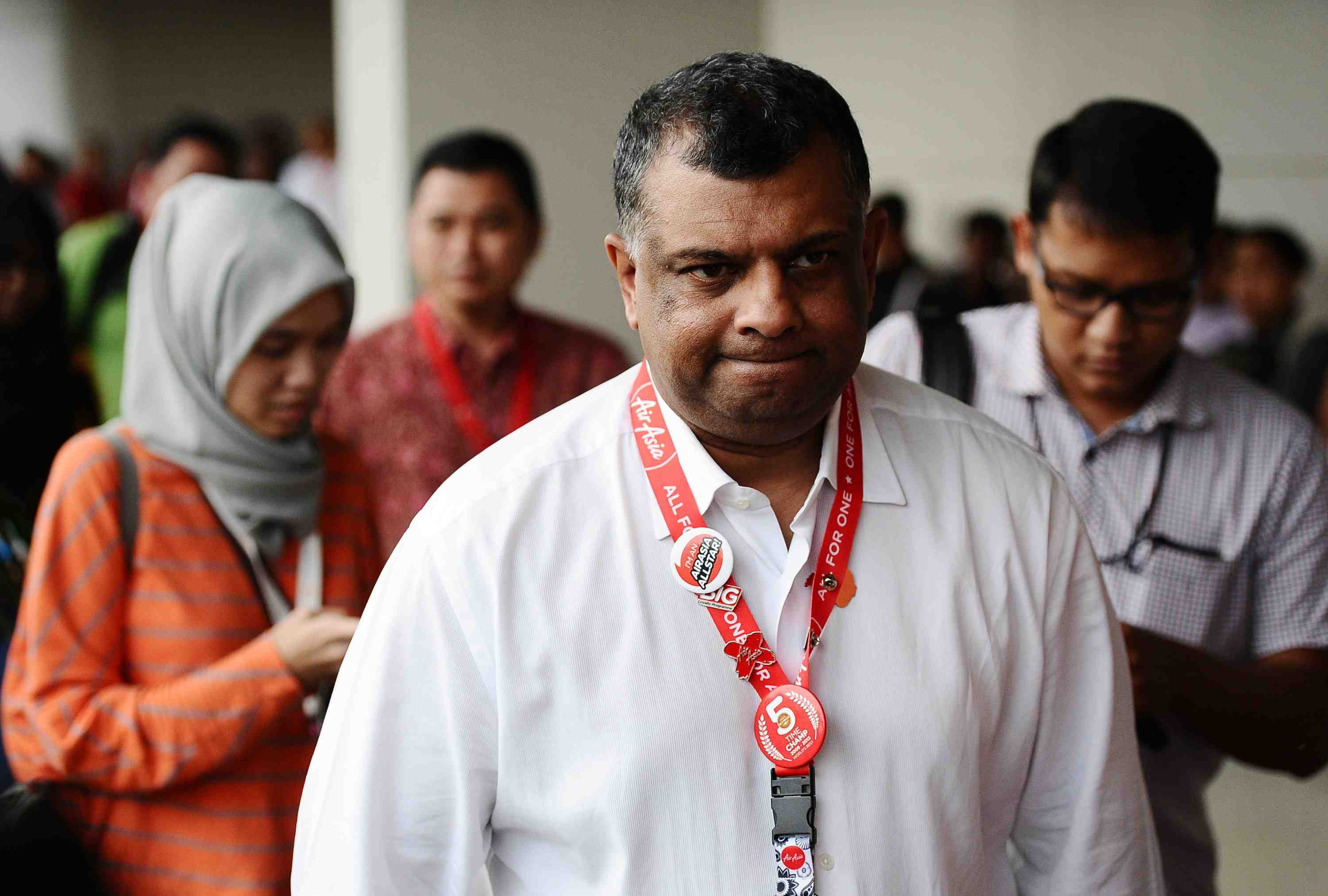 Tony Fernandes, the chief executive of AirAsia, has cultivated a reputation as a charismatic business mogul who owns racing and soccer teams and loves to be in the spotlight.

But now, after one of his planes carrying 162 passengers has been declared lost, the 50-year-old is trying to manage a company in crisis. Fernandes, who had no aviation experience when he took control of AirAsia in 2001, is calling the disappearance of AirAsia Flight 8501 his worst nightmare, and says he has been meeting with the families of passengers and crew.

"Been one of my toughest days," he wrote on Twitter Monday.

"My heart bleeds for all the relatives of my crew and our passengers," he added. "Nothing is more important to us."

The Malaysian entrepreneur was part of a group of investors who bought the money-losing AirAsia from the Malaysian government in 2001 for about 25 cents. They took on $11 million in debt in the process. At the time, the airline only had two Boeing planes, one route between the Malaysian regions of Kuala Lumpur and Langkawi and a staff of 250.

Fernandes has turned the business around since then, casting AirAsia as a no-frills budget airline with the slogan "Now everyone can fly." The airline flies to more than 88 destinations.

As of this year, Fernandes had a net worth of $650 million this year, according to Forbes. He is married with two children, and has cultivated a major online presence with nearly a million Twitter followers. He says his personal credo is "Believe the unbelievable. Dream the impossible. Never take no for an answer."

Fernandes told the BBC that he had dreamed of owning an airline since he was a young boy in boarding school in southern England, far from his family in Malaysia. The mogul started his career in finance, working for Virgin Communications London before joining Warner Music, where he worked his way up the ladder at offices in London and Malaysia. Before buying AirAsia, he was the vice president of Warner Music South East Asia.

He built his fortune along the way, and in 2011 bought a majority stake in Queens Park Rangers, a soccer team in the English Premier League. He is also a part owner of the Caterham Formula One racing team. Last year, he took Donald Trump's place in the Asian version of "The Apprentice." Fernandes also founded a company called Tune Group that owns budget hotels in Asia and the U.K. and sells prepaid credit cards.

Fernandes more recently has been actively involved in the airline business, working on the ground or in the cabin crew for a few days every month, he told the BBC. When his luggage crew requested automatic belt loaders to move suitcases into planes, Fernandes worked on the ground with them one day to see if they really needed it. After a day of grueling work, he agreed to spend $1 million to buy the equipment.

AirAsia has been a fierce rival of Malaysia Airlines, and pulled its in-flight magazine this year after a column said its pilots would never lose a plane. Although the column had been written long before Malaysia Airlines Flight 360 disappeared March 8, the airline was criticized on Twitter for appearing insensitive.

Fernandes has been actively updating his Twitter feed over the last few days, urging employees to stay strong and pray. "I as your group CEO will be there through these hard times," he wrote Sunday. "We will go through this terrible ordeal together."