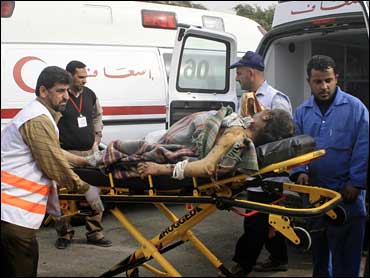 They have perhaps the most devoted fans in the world. Their beliefs created a subculture; their leader revolutionized the music scene.

The five-year anniversary of the death of The Grateful Dead's Jerry Garcia was marked around the world Wednesday.

An entire era can be identified with The Dead; the rock band's mantra of peace and love brought people together for four decades.

Their music was so powerful, it forged a loyal fan base (usually referred to as 'Deadheads') that followed the band for more than 30 years.

Said one fan, "I'm totally proud to be a Deadhead. I'm totally in support of my lifestyle. And I would spread it to everyone."

From his position as the Granddaddy of the Dead's cultural phenomenon, Garcia said in 1967, "We would all like to live an uncluttered life, a simple life, a good life. And I think about moving the whole human race ahead a step."

But The Dead and Garcia had their share of difficulties. In an early '90s interview, Garcia remarked that he'd "had some serious health problems, but nothing that isn't reversible, given lifestyle changes. The threat of death is always a powerful incentive."

Garcia became a vegetarian, began working out and smoking less, but despite the changes, he died two years later.

Joe Levy, music editor for Rolling Stone magazine, said of Garcia, "when your health is that far gone - unfortunately yes, it was too late in the end, and the general reaction to Jerry Garcia's death was tremendous sadness and grief."

The core of friends and staff members who made up the Grateful Dead organization felt orphaned by Garcia's deaton Aug. 9, 1995. The band officially dissolved four months later.

Although The Grateful Dead's only commercial radio success came with 1987's "Touch of Grey," in the last five years of the band's touring they grossed over $225 million.

Stone Roses, a Grateful Dead tribute CD, is available now in stores, with tracks contributed by Bob Dylan, Elvis Costello, and The Patti Smith Band. Through the memory of his fans, Garcia's legacy lives on.