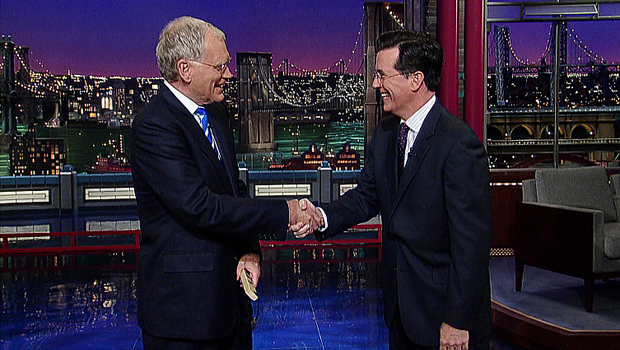 There's no place like home for the "Late Show."

Les Moonves, CBS president and CEO, said, "We're thrilled to continue broadcasting CBS' Late Show' from New York and call the Ed Sullivan Theater its home. David Letterman has graced this hall and city with comedy and entertainment that defined a generation. When Dave decides to pass the baton next year, we look forward to welcoming Stephen Colbert, one of the most innovative and respected forces on TV, to this storied television theater."

Gov. Cuomo added, "The television and film industries are thriving in the Empire State - creating jobs and fueling dozens of other sectors across the state."

Letterman announced in April that he would step down sometime next year.

The 67-year-old host, who debuted on the "Late Show" in 1993, said during his retirement annoucement, "I just want to reiterate my thanks for the support from the network, all of the people who have worked here, all of the people in the theater, all the people on the staff, everybody at home, thank you very much."

Colbert, 50, is host, writer and executive producer of "The Colbert Report" on Comedy Central. He signed a five-year deal with CBS, which means he'll be calling New York home for a little while longer.