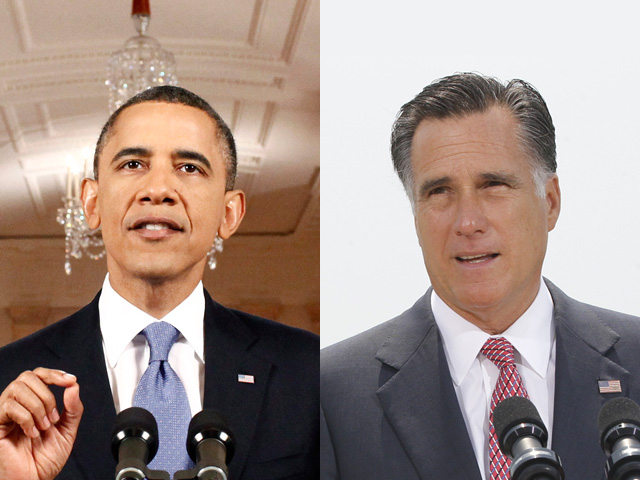 (CBS News) As President Obama begins his four-city, two-day swing through Florida Thursday, there's one part of the state on his itinerary that's the most crucial for his re-election chances this fall.

Located in the heart of the Sunshine State, along Interstate 4, Orlando and Tampa bookend a politically-important stretch through central Florida that observers agree is key to winning the state.

The I-4 is only a highway, but to candidates hoping to win election statewide, it's a road oft-traveled. The area from Orlando west to Tampa is home to nearly 1/3 of the state's population and a large chunk of swing voters who politicians target every election year.

"The reason the I-4 corridor gets so much attention and hype is because it's like the political ideology has been drawn to design," Florida political analyst Frank Torres said about the corridor that rests between Republican-heavy northern Florida and the state's more Democratic areas to the south.

President Obama's trip Thursday and Friday is his fifth since April. That doesn't include local media interviews and visits by supporters. For instance, First Lady Michelle Obama and Vice President Joe Biden have been to the state in the past month.

Winter Park, an Orlando suburb, where Mr. Obama will speak on Friday, is up for grabs. Other parts of the Orlando area are home to large numbers of military personnel and retirees and tend to lean Republican. But an influx of Puerto Ricans into Kissimmee and other areas near Orlando has helped Democrats increase their numbers.

"That's where he wants to run up a big a margin as he can," said Brad Coker, managing director at Mason-Dixon Polling & Research.

But Coker argues that it's the western part of I-4 around Tampa, not Orlando, where the race will be decided. He said that's the bellwether: how the Tampa region goes, the state of Florida goes.

"If you go back and look at just about every statewide election, the way Tampa Bay votes always mirrors the state within tenths of a percentage," he said. "It'll amaze you."

The Tampa-St. Petersburg region represents the state's diverse demographics. It has a significant number of African-Americans and a growing number of young people, both of which are advantages for the president.

Despite some advantageous demographics, Coker believes Romney has a slight advantage in the Tampa region.

"As long as it's tight, if Romney doesn't mess it up, if he can keep his campaign from going off the rails, he has a little bit of an advantage," he said.

That's because of the issues.

The recession hit Florida hard and the state is struggling to regain its footing.

"This is a microcosm for the president's challenges and Governor Romney's opportunities," Albert Martinez, Florida adviser to the Romney campaign, told CBS News.

Florida's unemployment rate of 8.6 percent is slightly higher than the national average. While some parts of the Sunshine State have lower unemployment, the Tampa area's unemployment mimics the state's numbers.

Florida was also devastated by the foreclosure crisis. It has consistently been one of the top five states in foreclosures since the beginning of the housing crisis.

In a Mason-Dixon poll released on Saturday, 54 percent of the state's voters said they felt the country is on the wrong track and half disapproved of the job the president is doing. Furthermore, 41 percent saidthe president's policies have made the economy worse.

"It's a part of our state that has a lot of middle class issues that don't like outsourcing, and the Bain issue is really hitting home," he said.

The state of play in Florida

With 29 electoral votes, Florida is by far the largest of all the battleground states and in recent presidential elections, the outcome is almost always close. Few can forget the razor-close election of 2000, when, after a lengthy recount and a ruling by the Supreme Court, George W. Bush's 537-vote victory over Al Gore only became official.

As for this year, political prognosticators are convinced history will repeat itself.

"It's obviously tight. It's going to be a close election," Arceneaux told CBS News.

And that's why the campaigns are fighting this intensely this early. Florida voters have seen more political advertisements than voters in any other state besides Ohio. Both campaigns and outside groups have spent more than $32 million dollars on TV advertising in Florida, and most of them have run in Tampa and Orlando, according to The Washington Post's compilation of political advertising data provided by the Campaign Media Analysis Group. The Tampa-St. Petersburg media market has seen $13.9 million worth of political ads, while Orlando has seen $12.5 million worth of advertising.

"We think this will be closely competitive right up until the election and that's why we're building the largest grassroots campaign in history on the ground," said Ben LaBolt, the Obama campaign's press secretary.

Torres added, "It's a late October environment in the middle of July. It trumps anything we've seen before."