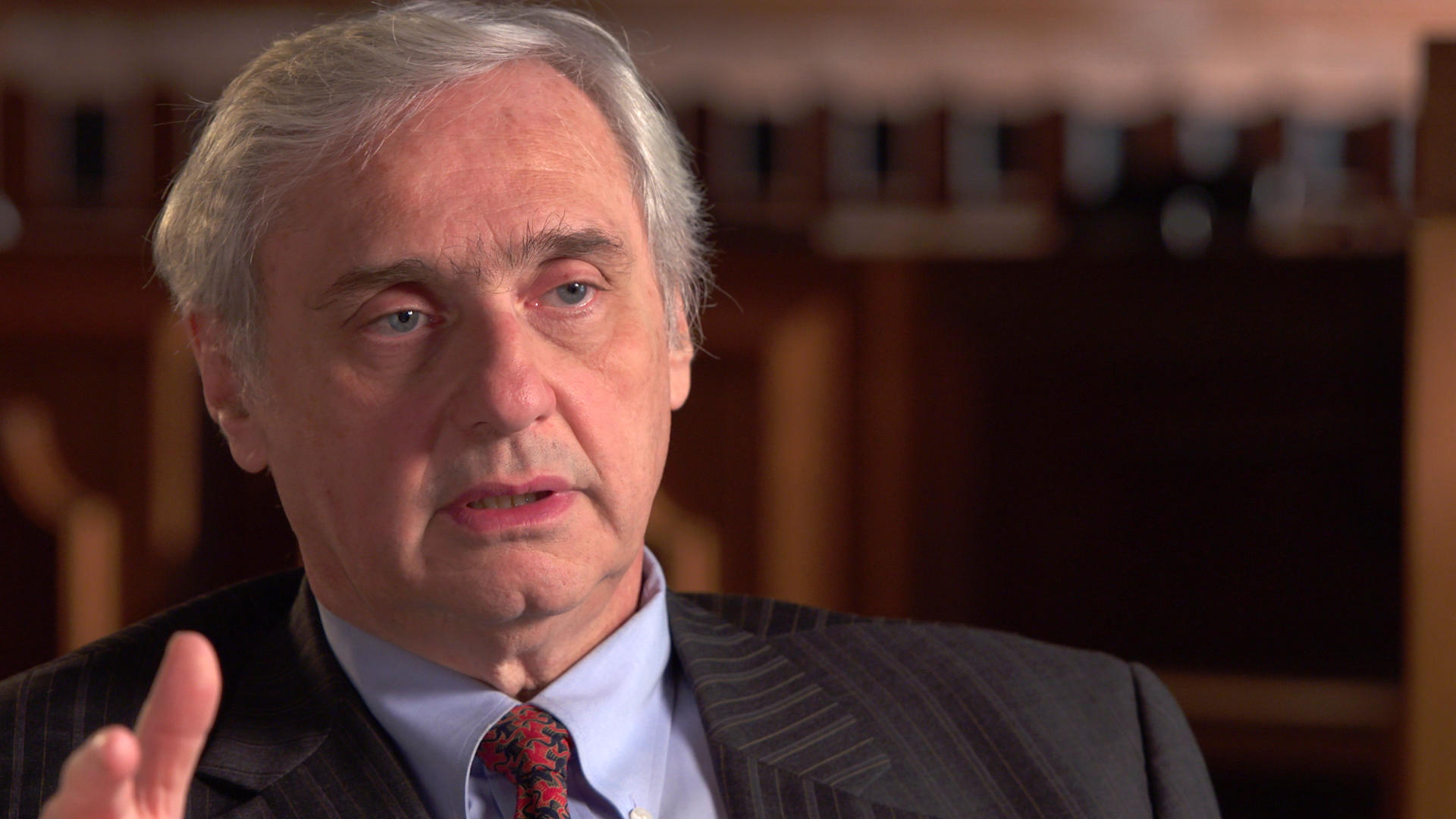 Ninth Circuit Appeals Court Judge Alex Kozinski holds provocative views on the death penalty. In an interview with Lesley Stahl this week, he advocates for the firing squad — even the guillotine.

“It’s 100 percent effective, and it leaves no doubt that what we are doing is a violent thing,” he tells Stahl on the broadcast.

But look past the shocking sentiment and French Revolution imagery and see Judge Kozinski’s broader notion: killing a person — no matter how it’s carried out and how legally justified courts deem it — is vicious.

“If we’re going to take human life, if we’re going to execute people, if the state is going to snuff out a human being,” he says, “we should not fool ourselves into thinking that it’s anything but a violent, brutal act.”

He first spoke to 60 Minutes about his perspective in 2015, in a story about the execution of Joseph Wood. Wood’s July 2014 execution in Arizona was supposed to take about 10 minutes. But after executioners injected Wood with an experimental new combination of drugs, it took almost two hours for him to die, making it the longest execution in U.S. history.

“The death penalty is barbaric,” he told correspondent Bill Whitaker at the time, “and I think we as a society need to come face-to-face with that. If we’re not willing to face up to the cruelty, we ought not to be doing it.

Kozinski is not anti-capital punishment; he told Stahl that sometimes the death penalty is “deserved.” But as an appellate judge, he has had reservations about how several cases were handled by the prosecutors involved.

“The death penalty is barbaric and I think we as a society need to come face-to-face with that. If we’re not willing to face up to the cruelty, we ought not to be doing it.”

The case of Debra Milke — also a capital punishment case in Arizona — is one example. Milke had spent 22 years on death row, convicted of conspiring with two other men to kill her son. When her appeal came before Judge Kozinski in 2013, he overturned the conviction. Milke became the second woman in the United States to be exonerated from death row.

“Judge Kozinski, he saved my life,” Milke tells Stahl in the video above.

Milke’s conviction, Judge Kozinski decided, was a product of prosecutorial misconduct. The prosecution’s case depended on the testimony of a seasoned detective, Armando Saldate, who said Milke confessed to the crime to him — even though there was no recording, signed document, or witness to corroborate the confession. Milke said she had not.

The trial became Milke’s word against Saldate’s, and the jury believed Saldate. Milke was convicted and sentenced to death. She says she went through a dry run of her execution, even telling the warden what she wanted her last meal to be.

But her appeal attorneys discovered that Saldate’s personnel record showed instances of misconduct in other cases, including lying under oath. Kozinski says the prosecutors withheld this information from the jury, violating a rule requiring the prosecution to turn over all exculpatory evidence to the defense.

“For them to put on somebody like that when they darn well know that he has lied in other cases is unacceptable,” Judge Kozinski tells Stahl.

But while Judge Kozinski threw out Milke’s conviction, he didn’t rule on her guilt or innocence. “Milke may well be guilty, even if Saldate made up her confession out of whole cloth,” he wrote in his court opinion.

What Judge Kozinski is sure of is that the Constitution requires a fair trial. And as he wrote, “This never happened in Milke’s case…”