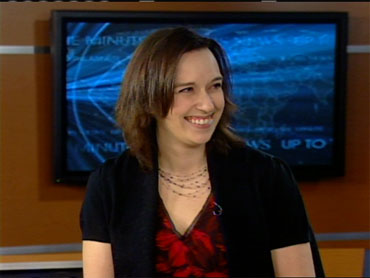 After years of rumors, Verizon announced last week that it will start offering the iPhone. Whether you're excited at the prospect or not, the change will affect anyone with a cellphone. Kelli Grant, Senior Consumer Reporter for SmartMoney.com tells what you can expect.

You can expect Verizon to have decent data speeds. All the carriers are rushing to build up their networks to meet data demand from new smartphones. Verizon has built its reputation on a good network, and analysts say they don't expect new iPhone customers will have the same connection problems that AT&T iPhone users have, especially in big cities.

There will be price competition between cell phone carriers. AT&T is expected to roll out some competitive phone plans, especially for the iPhone, as a way to keep customers from defecting to Verizon. Although Sprint and T Mobile don't have an iPhone yet, they're expected to come up with attractive plans to retain subscribers, too.

Verizon quietly changed its upgrade policies this past week, and will no longer offer subscribers the chance to get a new phone 13 months into a two-year contract. They will still get phone discounts every two years, but not the extra $30 to $100 credit the carrier had offered. The change helps them avoid losses from so many people getting a new smartphone every year, and other carriers are expected to make similar moves.

Expect there to be a wait list on popular phones. We've seen several hot handsets backordered this year, and the Verizon iPhone is likely to be another. Patience is a better course than overpaying on eBay.

With more people trading in their gadgets regularly, there's a thriving secondhand market on eBay and other resale sites. If you're in the market for a new handset, this might be a good time to look there. And if you want a little extra cash for that iPhone, don't forget to sell your old handset.

For more information on the iPhone arrival to Verizon and other consumer tips click here.
Kelli Grant & Erika Wortham