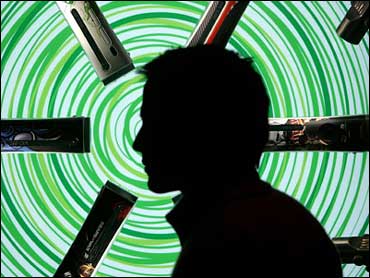 (GETTY IMAGES/Justin Sullivan)
Oodles of touchscreen phones, an array of uber-thin flat-panel TVs and 140,000 tech-savvy folks drooling over these and other innovative electronics: This is CES 2008. Our science and technology correspondent Daniel Sieberg is braving the biggest gadget expo of the year, and is filing dispatches over at Tech Talk.

Check out a preview below – or just head on over to see his latest report on the gadgets you'll be buzzing about for months to come.

What do you get when you combine elements of the Super Bowl, Mardi Gras, and TV's "Get Smart"? Well, the Consumer Electronics Show or CES 2008, of course, which is now in it's 41st year. For me, it's number six. Yeah, there'll be big crowds all fighting for the first look at the most coveted devices to contain a microchip. (By the way, is a gadget more desirable if it's "cool" or if it's "hot"? Discuss.) Once the show starts Monday morning there's very little wiggle room anywhere; prepare to queue up for everything from food to taxis to bottled water to getting your hands on the flashiest doodad.

As many as 140,000 executives, engineers, programmers, PR people, reporters, and general high-tech industry types are expected to pass through the Las Vegas Convention Center through Thursday. (Closed to the public.) According to organizers it's the most floor space they've ever had — about 1.85 million square feet — but I've heard a couple rumors of moving the CES outside Vegas next year? Totally unverified rumors, mind you, and officials with the Consumer Electronics Association were coy and dismissive. But you never know. Hard to imagine which other city could sustain the sprawling event, other than maybe Atlanta, San Francisco or L.A. Hosting it in New York seems logistically impossible. Hmmmmm.