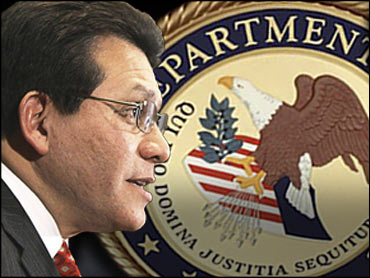 
If the scandal over the firing of eight U.S. Attorneys came upon the nation like a bolt of lightning, the concerted effort by the White House to undermine the professional class of lawyers at the Justice Department has been rumbling like thunder for years. The immediate crisis concerning the federal prosecutors will be over soon enough. The Administration's forced brain drain at Justice threatens its stature and effectiveness for years to come.

Thanks to the spotlight's glare on how and why the Justice Department and White House conspired to fire eight loyal U.S. Attorneys last year, we now are hearing about how career professionals at Justice — nonpartisan federal lawyers who make up the backbone of the department — have been squeezed out or otherwise marginalized over the past few years by ideological (and in many cases underachieving and intellectually weak) attorneys chosen more for their partisan views and political connections than for their ability to offer unbiased and sharp stewardship over the nation's federal laws.

Some of the folks who are feeling the pinch are beginning to speak out. Emboldened by the fatally weakened Attorney General Alberto Gonzales, the good guys are starting to make waves. In Minnesota last week, three top attorneys in the U.S. Attorney's office rebelled and demoted themselves to regular line prosecutors rather than work directly with the newly appointed U.S. Attorney there. The development was alarming enough to Justice Department officials that they promptly dispatched to Minneapolis a special envoy whose diplomatic mission apparently failed to persuade the rebels to recant.

The newbie who is causing the heartburn there is a woman named Rachel K. Paulose, a 34-year-old crony of the attorney general and his deputy, Paul J. McNulty. The Washington Post reported last week that "Paulose has drawn complaints from taxpayer advocates for an allegedly lavish 'investiture' ceremony held last month to commemorate her confirmation as U.S. Attorney, although Justice officials say the cost to the department was only $225. Paulose has also gained attention for her aggressive efforts to obtain 'righteous sentences' in child pornography cases."

Speaking of righteousness, the Boston Globe this weekend offered a fascinating angle on the unfortunate depopulation of nonpartisan career lawyers within the department. Reporter Charlie Savage focused upon Monica Goodling, the senior official at Justice who helped choreograph the firings of the eight prosecutors. On Good Friday, when Goodling resigned from the department, she wrote to Gonzales of her hope that God would "bless him richly" as he continues to try to hang on to the job of the nation's top lawyer (while he practices in private for his appearance next week before the Senate Judiciary Committee).

Goodling's religious-toned resignation letter should come as no surprise. It turns out that she is an alum of Regent University School of Law, a Christian institution founded by televangelist Pat Robertson which is ranked by U.S. News and World Report as the 136th-best law school in the nation (other rankings are only slightly more kind). Savage reports that Regent became a feeder school for executive branch positions after the Bush administration in 2001 "picked the dean of Regent's government school, Kay Coles James, to be the director of the Office of Personnel Management — essentially the head of human resources for the executive branch."

One year later, Savage reports, in 2002, then-Attorney General John Ashcroft — who led prayer meetings at the Justice Department, remember — changed the hiring rules at the Department to make it easier for ideological candidates (and for candidates with unimpressive academic credentials) to be selected to serve as career lawyers. Our government, our Justice Department, no longer seeks only the best and the brightest from our nation's law schools. Instead, it allows itself to be overrun with fourth-rate lawyers (Regent was ranked in the fourth tier of law schools) whose political views and loyalties are convenient and useful to implementing the administration's policies.

"This Administration's decision to forego traditional selection processes that have been used by both Republican and Democratic administrations is a reflection of the White House's determination to politicize, to change, an agency where lawyers of all political stripes have served in a non-partisan way for years," former deputy attorney general Eric Holder, Jr. told me via e-mail on Monday. Another former Clinton official at Justice, Jamie Gorelick, offered this via e-mail: "To politicize the selection of this corps of professionals, to ignore their advice, to make decisions without bringing to bear their experience and values is to risk undermining the rule of law." Legal historians agree and so do other Washington insiders, including Republicans, all of whom hearken for a return of the professionals to the Justice Department.

Why does this matter to you? Here's just one example. The 7th U.S. Circuit Court of Appeals last week ordered the immediate release from federal prison of a state employee named Georgia Thompson. She had been sent there last fall by a Bush-appointed federal prosecutor (and a jury of her peers) after she was convicted of fraud in connection with a public travel contract she allegedly steered to a firm that had contributed to the political campaign of Wisconsin's Democratic Governor Jim Doyle. The indictment, trial and conviction were big political news in the state during the run-up to the election — the Republicans made much hay of it during their campaign.

Problem is, there was no evidence to support the case. So little evidence, in fact, that the 7th Circuit, not exactly known for a bleeding-heart makeup, set Thompson free on the day of oral argument because of the complete lack of proof supporting the conviction. It's not just the weakness of the Thompson case and the fact that it got as far as it did (during an election season, no less) that is potentially devastating to the rule of law. It is the appearance of prejudice and bias on the part of the U.S. Attorney's office in Wisconsin (and in other places recently) that has the potential for serious long-term ramifications. This is no less true because the federal prosecutor involved in the Thompson case, a fellow named Stephen Biskupic, is not one of the new breed of Justice Department hacks.

The White House and Justice Department, under the reign of attorneys general Ashcroft and Gonzales, have encouraged over the past half decade an atmosphere that sullies the coin of the realm under our rule of law — the perceived legitimacy and authority and objectivity and neutrality and professional competence of the men and women who are tasked with enforcing our laws uniformly, fairly and without fear or favor. Without that legitimacy, the legal system devolves down into Third World status, perceived by those within and without it as subject to manipulation for political purposes.

Who Is Abu Zarqawi?