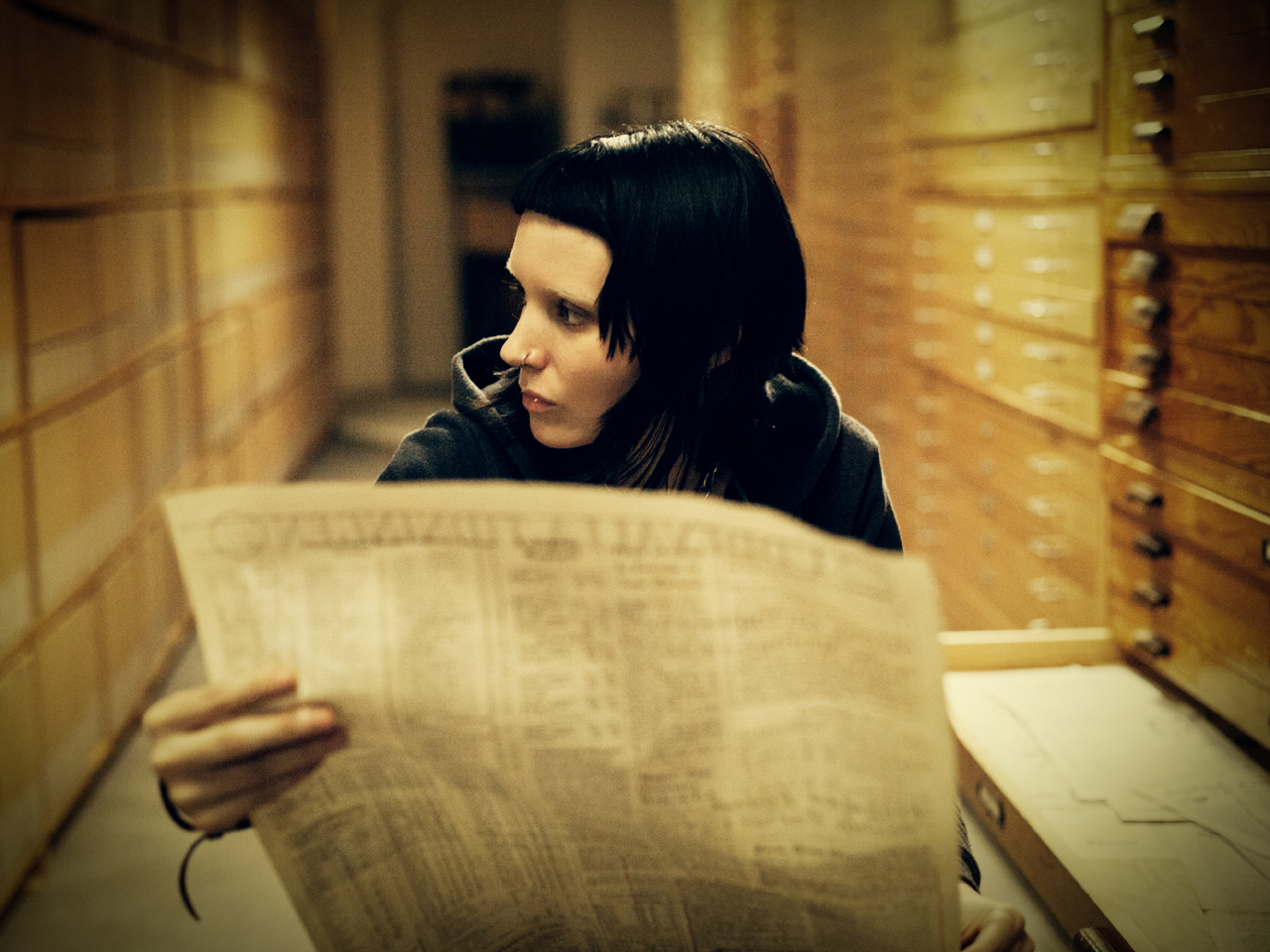 (CBS) "The Girl with the Dragon Tattoo" doesn't come out until next week, but reviews for the highly-anticipated film are already starting to come in.

Many of the reviews so far have been positive, commending Rooney Mara's performance as troubled hacker Lisbeth Salander and praising the film overall.

Entertainment Weekly's Owen Gleiberman gave the film an A, writing that director David Fincher has made Stieg Larsson's bestselling novel into "an electrifying movie by turning the audience into addicts of the forbidden, looking for the sick and twisted things we can't see."

The Associated Press' David Germain got straight to the point, writing, "this movie kicks ass." He called the film "stark but enthralling," but noted, "The film could stand some surgery to nip away at the excessive, repetitive sequences of discovery as Lisbeth and Mikael endlessly scan old photos, files and newspaper clippings. We get that they're ace researchers; we don't need to see so much of the paperwork. "

Todd McCarthy of the Hollywood Reporter was one of many critics to praise Mara's performance, calling it "bewitching." "She goes all the way in a performance that compares favorably to that of Noomi Rapace in the Swedish version and its two sequels," he wrote. "She comes across here as the real deal." But, he added, while it "remains an absorbing story, as it was on the page and in the 2009 Swedish screen version," Fincher's adaptation "offers no surprises in the way it's told."

Variety's Justin Chang also compared Mara to Rapace: "Whereas Rapace emphasized the character's pluck and rage, the more petite, vulnerable-looking Mara presents Salander as an emptied-out enigma: Pierced to the nines, her eyebrows dyed a pale skin tone so as to drain any readable emotion from her face, she frequently averts her gaze downward from whomever she may be addressing. It's a gesture at once defensive and defiant, bespeaking years of endured abuse and alienation, yet despite her blank affect, the actress charges every moment with tension and feeling."

The New Yorker's David Denby got in hot water with his review - not because of what he wrote, but when it was published. The magazine broke an embargo on reviews of the film when it published Denby's take over a week before the Dec. 13 embargo date. Producer Scott Rudin has since banned Denby from screenings of his future movies over the incident, according to THR.

Denby's review is mostly positive. He wrote that Mara "cuts through scene after scene like a swift, dark blade," adding, "This is a bleak but mesmerizing piece of filmmaking; it offers a glancing, chilled view of a world in which brief moments of loyalty flicker between repeated acts of denial."

One of the few negative reviews came from Ed Gonzalez at Slant magazine. He wrote, "The difference between Niels Arden Oplev's adaptation of Stieg Larsson's 'The Girl With the Dragon Tattoo' and David Fincher's own is not, as some might have hoped, the difference between night and day, but between curdled milk and a warmed-over holiday second."

The film hits theaters on Dec. 20, a day ahead of its initially-scheduled release date.

Tell us: Will you see "The Girl with the Dragon Tattoo"?