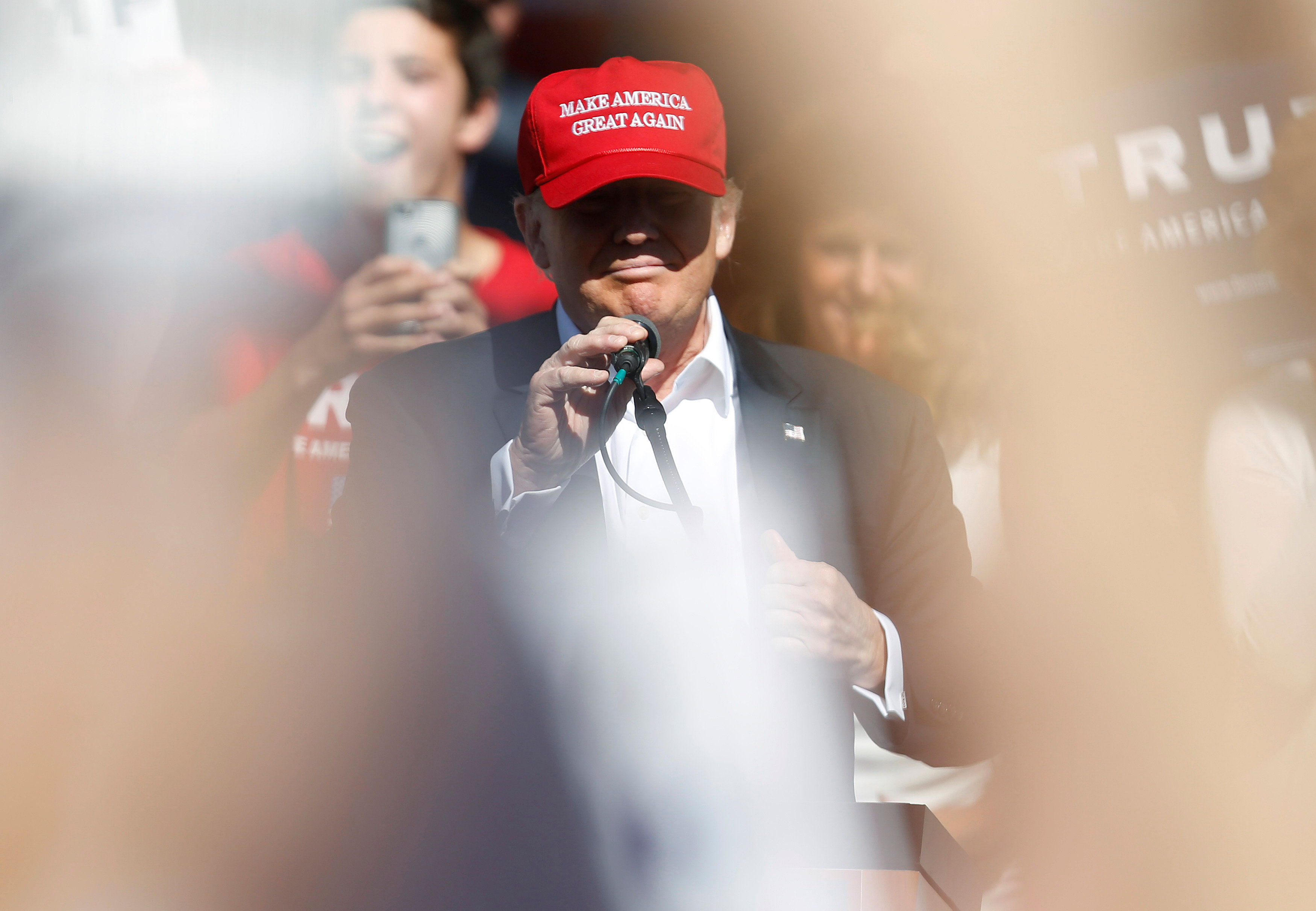 As top national Republicans face a growing schism over whether to support or oppose Donald Trump as their party's standard-bearer for 2016, there's another group of people struggling to decide exactly how to handle his rise: the Republican Senate candidates who have to share a ticket with him.

2016 was already going to be a challenging year for Republicans in Senate races: six years after the GOP wave of 2010, Republicans must defend 24 Senate seats (compared with 10 for Democrats). And they're not just in red states, either: top-tier races include blue states and swing states like Ohio, Pennsylvania, Wisconsin and Illinois. Depending on who controls the White House, Democrats need either four or five seats to regain the majority.

Trump further complicates Republican hopes to hold the Senate: most GOP candidates have pledged to support the eventual nominee, and are now getting clobbered by Democrats relentlessly seeking to tie them to Trump.

Nowhere is that struggle more evident than in New Hampshire, where Sen. Kelly Ayotte is facing a tough reelection race against Democratic Gov. Maggie Hassan. Ayotte has said all along that she'll support the eventual GOP nominee, but then on Wednesday, the day after Trump effectively secured the nomination, she released a statement explaining that she will "support" the GOP nominee (no name included) but will not "endorse" him.

That answer earned her criticism from all sides, including from the state's Democrats who are working hard to tie her to Trump at every turn. "He is dangerous to the country," Hassan told reporters shortly afterward. "I am appalled that Sen. Ayotte is supporting him, and I think she absolutely will need to be held accountable for Donald Trump's statements and positions."

In the blue or purple states, where the presidential-year electorate already creates an uphill battle for GOP incumbents, Trump could prove an albatross that puts those senators out of a job. Back in December, a confidential National Republican Senatorial Committee memo urged candidates to adopt the "best elements" of Trump's "anti-Washington populist agenda" in their campaigns.

According to the New York Times, NRSC Executive Director Ward Baker told donors and lobbyists in a closed-door meeting after Trump's Indiana victory that GOP Senate candidates should feel free to skip the Republican National Convention in Cleveland this summer.

Thus far, the responses have been varied. After House Speaker Paul Ryan announced last week that he's "not ready" to endorse Trump as the nominee, some GOP Senate incumbents have followed Ryan's lead and refrained from endorsing (at least at this point).

Pennsylvania's Pat Toomey wrote in a Philadelphia Inquirer op-ed that Trump "was not my first, second, or third choice," and that he disagrees with "much in his manner and his policies." Still, Toomey continued, Clinton is even less acceptable--so he's "inclined" to support Trump, but he is urging the presumptive GOP nominee to change his tone and work harder to unite the party behind his candidacy.

Others have been, at least in public, more optimistic about Trump's effect on the battle for the Senate, perhaps not enthusiastically, but enough so to make it clear that they'll back Trump in the general election.

In Illinois, GOP Sen. Mark Kirk said shortly before Trump locked up the nomination that he would "certainly" support him if he became the GOP nominee; according to CNN, offered a chance to revise that opinion last week, Kirk declined. Kirk is facing off against Democratic Rep. Tammy Duckworth, and is expected to be one of the most likely incumbents to lose his seat in November.

Still, he even said Trump could help his campaign, rather than hinder it. "Donald Trump is kind of a riverboat gamble," Kirk said. "He won the Illinois primary, in this case we have seen the Republican vote up and the Democratic vote down, so it looks like it's a net benefit."

Trump's effect on redder states remains to be seen. Most of the red-state GOP incumbents are strongly favored to win reelection, but the concern over the ramifications of Trump are far-reaching enough that Democrats believe they could have a chance at expanding the map.

Arizona Sen. John McCain, for example, is the favorite to retain his seat for a sixth term, and has said Trump as the GOP nominee would have no noticeable effect on his reelection bid. But the veteran senator sounded the alarm at a private fundraiser last month--especially when it comes to Trump's effect on the Latino vote in his heavily Latino home state of Arizona.

"If Donald Trump is at the top of the ticket, here in Arizona, with over 30 percent of the vote being the Hispanic vote, no doubt that this may be the race of my life," he said, according to a recording of the event obtained by Politico. "If you listen or watch Hispanic media in the state and in the country, you will see that it is all anti-Trump. The Hispanic community is roused and angry in a way that I've never seen in 30 years."

And Arkansas Sen. John Boozman, who ousted Democratic Sen. Blanche Lincoln in 2010 by more than 20 points, is not high on Republicans' list of worries when it comes to vulnerable Senate seats. But his Democratic opponent, former U.S. Attorney Connor Eldridge, is already working hard to tie Boozman to Trump--including with a 2-minute ad that lampoons Boozman as a "Trump enabler" over standing with Trump despite his comments about women.

"I'll support the candidate regardless of who we pick, whether it's Donald Trump--it certainly would be a lot better presidency," Boozman says in audio used in the ad. The ad notes that Eldridge, by contrast, "prosecuted domestic violence and harassment" as a U.S. attorney.