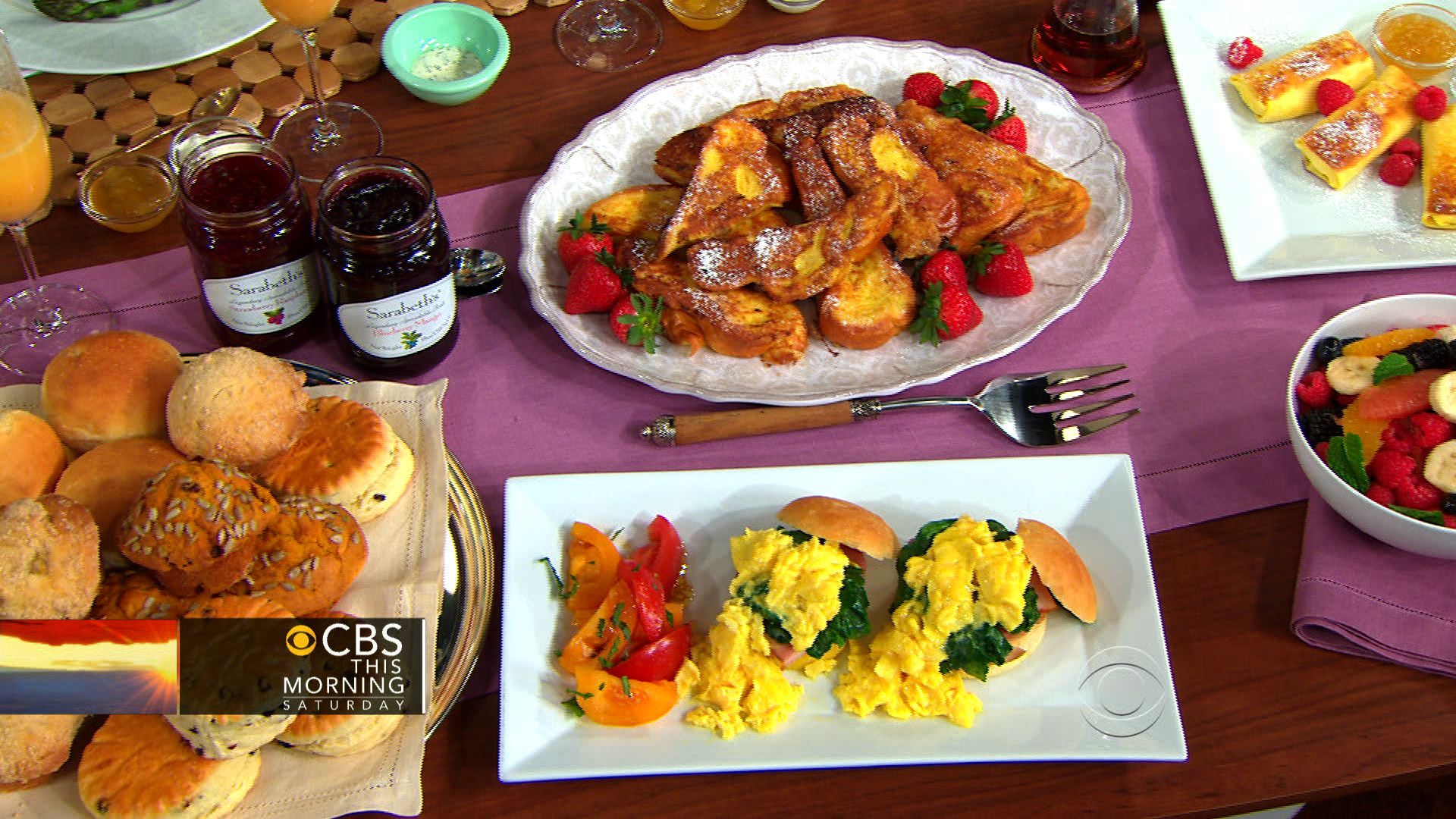 (CBS News) Sarabeth Levine is an award winning pastry chef and the founder of Sarabeth's Restaurants.

In 1980 Levine and her husband started a small business making and selling jam out of their New York City apartment, and that small business grew. Here she began selling her now famous orange-apricot marmalade. In 1981 they opened a tiny bakery-kitchen on the Upper West side of Manhattan.

Finally in 1986 the first full scale "Sarabeth's" opened and 32 years later the restaurant has become one of New York City's most popular brunch destinations. There are now 12 Sarabeth restaurants. Last fall, Levine opened the first international location in Tokyo.

New York Magazine has called Levine "the queen of breakfast," and in 1996 she won the prestigious James Beard award for "Best Pastry Chef."

The award winning Levine released her first cookbook, "Sarabeth's Bakery: From My Hands to Yours" in 2010, and it was nominated for a James Beard award for "Best Pastry Cookbook." Her line of jams and spreads is now sold nationally in specialty stores.

1. In a medium bowl, using a stick blender or wire whisk, beat the eggs until completely combined. Set aside.

from pan and set aside

3. Place clarified butter in the fry pan. Add the ham and cook until the bottom is browned, about 3 minutes Turn

over and cook the other side until browned, about 2 minutes more. Remove pan from heat.

4. Slice a Sarabeth English Muffin in half. Trim the top of the muffin slightly. Toast and butter lightly. Place the

muffins side by side on a warmed dinner plate. Next place the ham slice and the spinach on top.

5. In a nonstick medium skillet, heat the butter over medium heat just until very hot. Add the eggs and

immediately reduce the heat to low. Cook the eggs just until they are set around the edges. Using a heatproof

rubber spatula, fold the eggs over on themselves. Cook until the edges set again, and repeat folding. Continue

cooking until the eggs are set into soft, moist curds (or longer if you prefer). Keep in mind that the eggs will

continue to cook and firm up a bit outside of the skillet. The entire procedure should take no more than 2

minutes. Place the eggs on top of Sarabeth's English Muffin. Garnish with cut tomatoes that have been lightly

tossed with a light balsamic vinegar, a touch of olive oil, a pinch of fresh herbs, basil or thyme, salt and pepper.

A few gratings of fresh nutmeg

One large loaf (about 1 pound, 2 ounces) egg bread, such as Challah cut into 3/4-inch thick slices, then cut

Clarified Butter, melted, for the griddle

1. Position a rack in the center of the oven and preheat to 350°F. Thoroughly heat the griddle or a large skillet

2. In a medium bowl, whisk the eggs, milk, vanilla, and nutmeg and whisk well. Set aside. If desired, strain

through a wire sieve to remove the chalazae (cords)

3. Pierce the bread slices all over with a fork. A few slices a time, add the bread to the egg mixture. Let stand,

turning occasionally, just until the bread is evenly soaked, about 2 minutes.

4. Brush the griddle with the butter. Cook the French toast on the griddle until the undersides are golden brown,

about 3 minutes. Turn and cook until the other sides are golden, 2 to 3 more minutes. Stand the French toast on

its cut side (the base of the triangle) and cook for 1 minute. Transfer to a baking sheet and bake until slightly

puffed and cooked through, 7 to 10 minutes.

5. Serve immediately on warmed plates, sprinkled with sugar. Serve with maple syrup and softened butter on