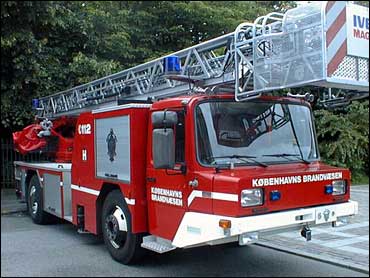 From wardrobe to housewares, colors abound this season. But, whether the season's trend is hot pink or bright orange, the people who run the stores hope it's the colors of their corporate logos that will always be in style. The Saturday Early Show's Megan Meany reports.

"Color defines an image of a company. It's the single most important ingredient that will let a company update their image or their collections," says Lisa Herbert, executive vice president at Pantone, the company that defines the color standard for most of the world's corporations.

Whether it's UPS brown or Home Depot orange, companies use color to connect with consumers. It's Pantone's job to keep it consistent.

Explains Herbert, "If you see a product on a shelf and that color appears faded or not true to the original color, you are going to think that's an old product and it's not going to sell."

So, to be sure UPS brown, for example, is the same throughout the world, Pantone tests all their colors under different kinds of light and on a variety of surfaces. It's a tough job, when there's nearly two thousand colors to keep track of.

"Blue is a color we see used corporately a lot," she says. "Of course, blue says to most people that it's something that's dependable and trustworthy. Why is that? It's because in the human mind we always connect the color blue with the sky on a good day."

With brand identity so important, why would a company - even a successful company -- change its color?

"We wanted a new color and a refreshed look that demonstrated the changes that H&R Block was making as a company," says Karl Ploeger of H&R Block.

But before H&R Block picked "Pantone 376" (a kind of Granny-Smith-apple green), they tested it, asking test groups, "What does it mean to you?"

"Of course, you hear things about spring - growth, and money came up," said Ploeger. "And those are wonderful things for the business that we're in. That green block - and with the color it's sort of our version of McDonald's arches."

To see how strongly people identify a particular corporate color with the company who uses it, we took color samples to a mall, Most people had no trouble identifying a certain red as "Coca Cola" and a particular blue as "Gap" blue.

It's one thing for a business to change its image through color, but how would we feel if the everyday colors of our lives were no longer the same? For instance, what if a red traffic light no longer meant "stop," or if a New York City taxi cab suddenly wasn't yellow?

"Well, in addition to (yellow) being a high-visibility color, which is important, and a safety color, it's also a friendly color," Eiseman explains. "It's a color that says, 'Look at me. Pay attention to me.'"

That's not necessarily true for the traditionally red fire engine.

Says Eiseman, "Red does have a problem at twilight. It goes a muddy-brown. So from a safety standpoint, yellow-green is a much better choice."

While no one can predict if and when fire engines or taxi cabs will change their hues, Pantone does forecast which colors will dominate your wardrobe - 18 months in advance!

"Blues have always been a popular color, but blues are always a popular color. It's America's favorite color," says Herbert. "But what you are seeing is blues moving into turquoises and greens, and that will be an important trend for next year."