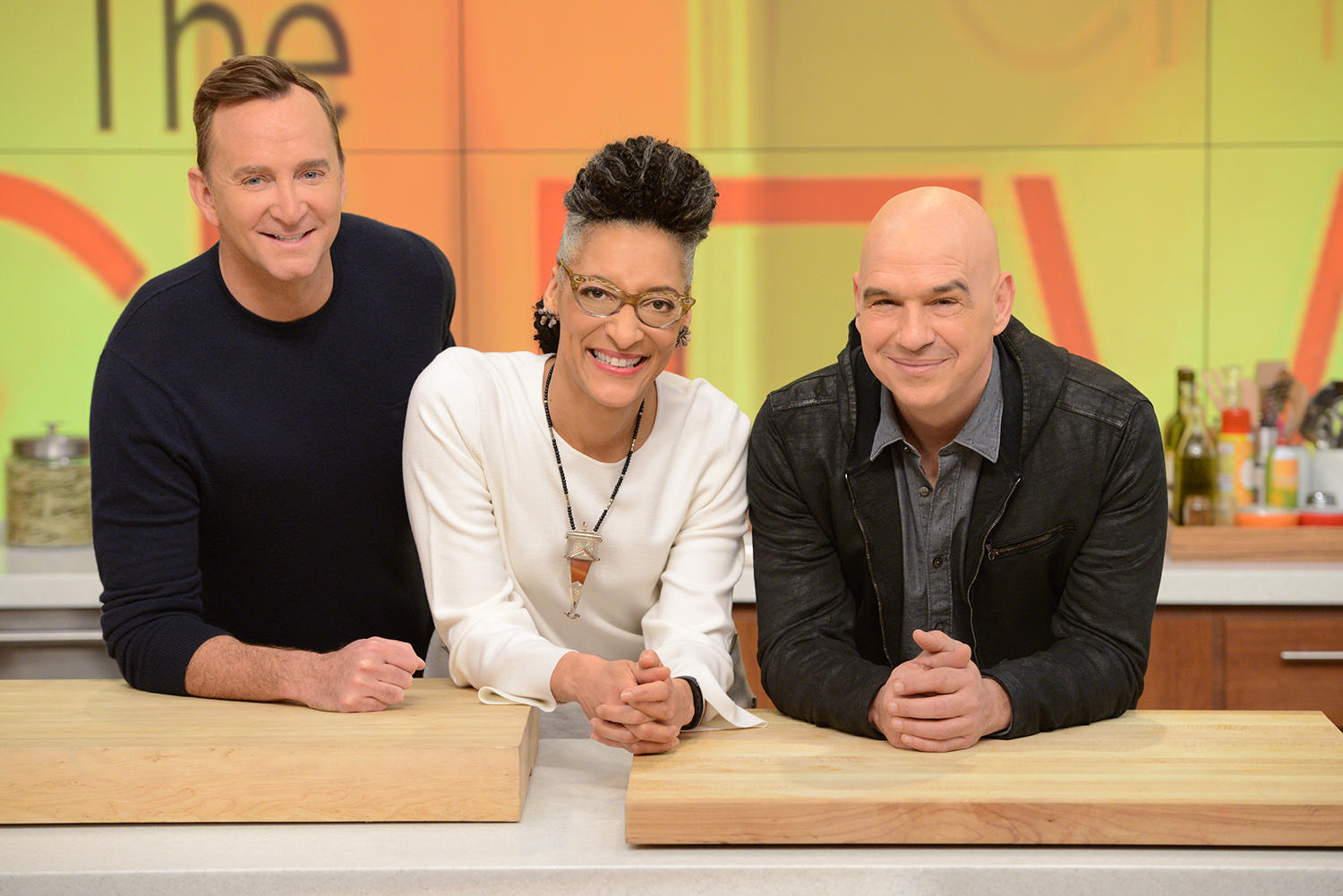 The hosts of "The Chew" bid an emotional farewell after it was announced that the daytime show was getting axed after seven seasons. Its time slot will be taken over by a third hour of "Good Morning America." ABC says episodes of "The Chew" will continue to air as planned until September. The cancellation comes months after Mario Batali, arguably the show's biggest star, was fired in December in wake of allegations of sexual misconduct.

Hosts Clinton Kelly, Michael Symon and Carla Hall opened Thursday's show by addressing the issue head-on. Kelly told the audience, "It's an interesting day here at 'The Chew' because most of you might have heard, some of you might not have, but 'The Chew' has not been picked up for an eighth season — our seventh season is our last."

Kelly continued, "The mood is a little sad around here to be honest with you. There is a lot of people who work really hard on this show and really believe in this show and we're all going to miss this show very, very much. We're not going to talk about any trending topics today or hammer home the theme but we thought we'd spend the first segment of the show talking about our feelings."

Symon chimed in, "It has been the most fun I have every had in my life of any job I have ever had and it's because of the fans. You guys are unbelievable and you've made it so special for us." He also said that he had to stop reading messages of support on Wednesday because they got him too emotional.

Kelly got emotional as he said to Symon and Hall, "I am so grateful to have worked with you guys and gotten to know you for the past seven years because not only are you talented chefs and great TV personalities and really just generous cohosts, you're also just good people. You are really the salt of the earth, good human beings."

The hosts talked about how much they loved working on the show for nearly 1,500 episodes; none mentioned Batali or the scandal that surrounded his departure.