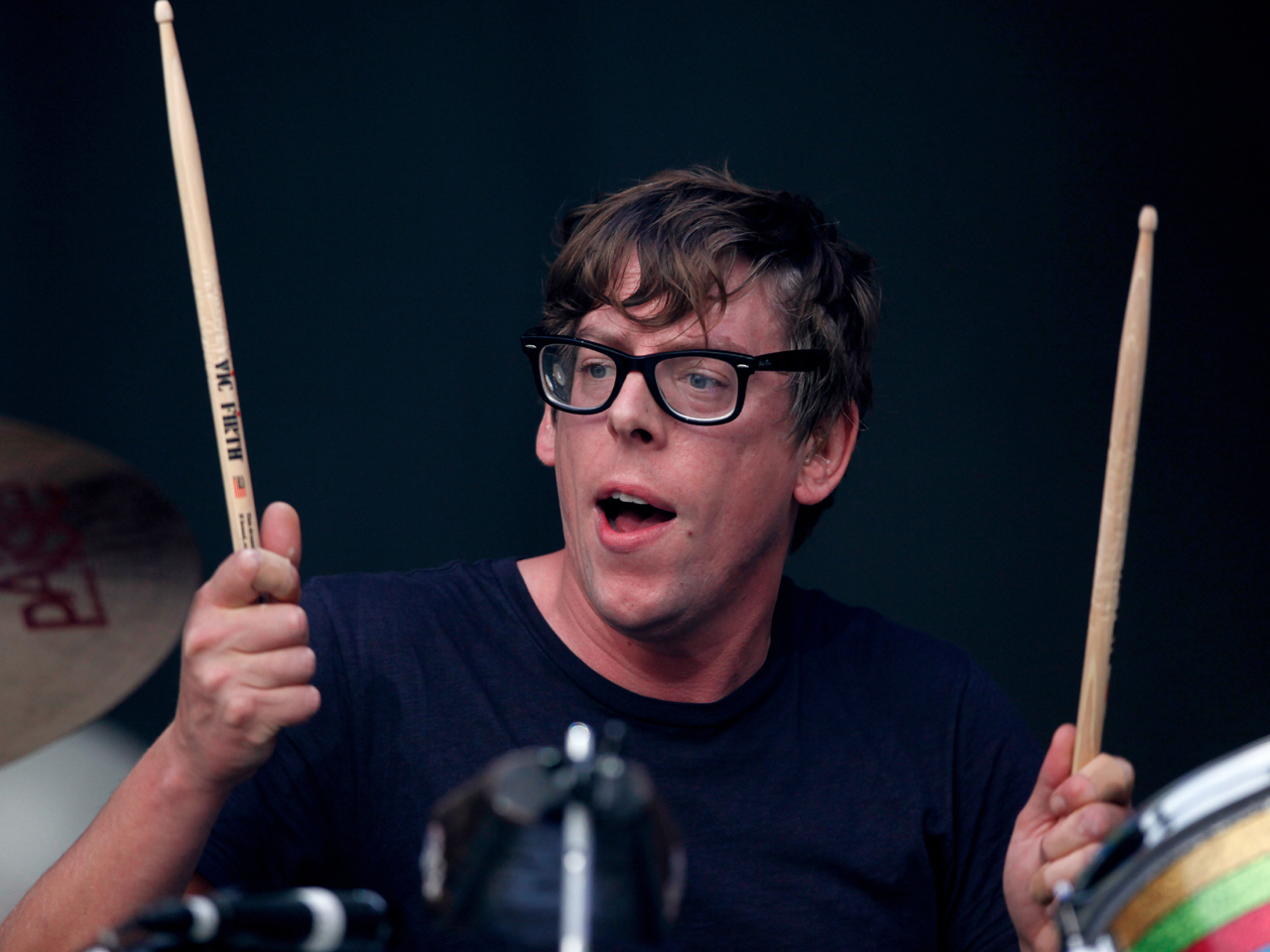 (CBS/AP) Patrick Carney of The Black Keys is officially off the market.

The rock drummer married Emily Ward on Saturday at the home they share in Nashville.

The Keys' publicist says the couple was joined by about 350 family and friends for the back-yard ceremony. Comedian Will Forte officiated.

Ward wore a dress by Carolina Herrera and walked down the aisle to "Crimson and Clover" by Tommy James & The Shondells. Carney was accompanied down the aisle by the couple's Irish wolfhound Charlotte. The wedding party included Ward's sister Danielle Shuster and brother Henry Ward, while Carney was accompanied by his brothers Will Carney, Michael Carney and Barry Stormer.

The Black Keys' last album, "El Camino," came out in 2011. The rockers will be on the road from the end of September through December.