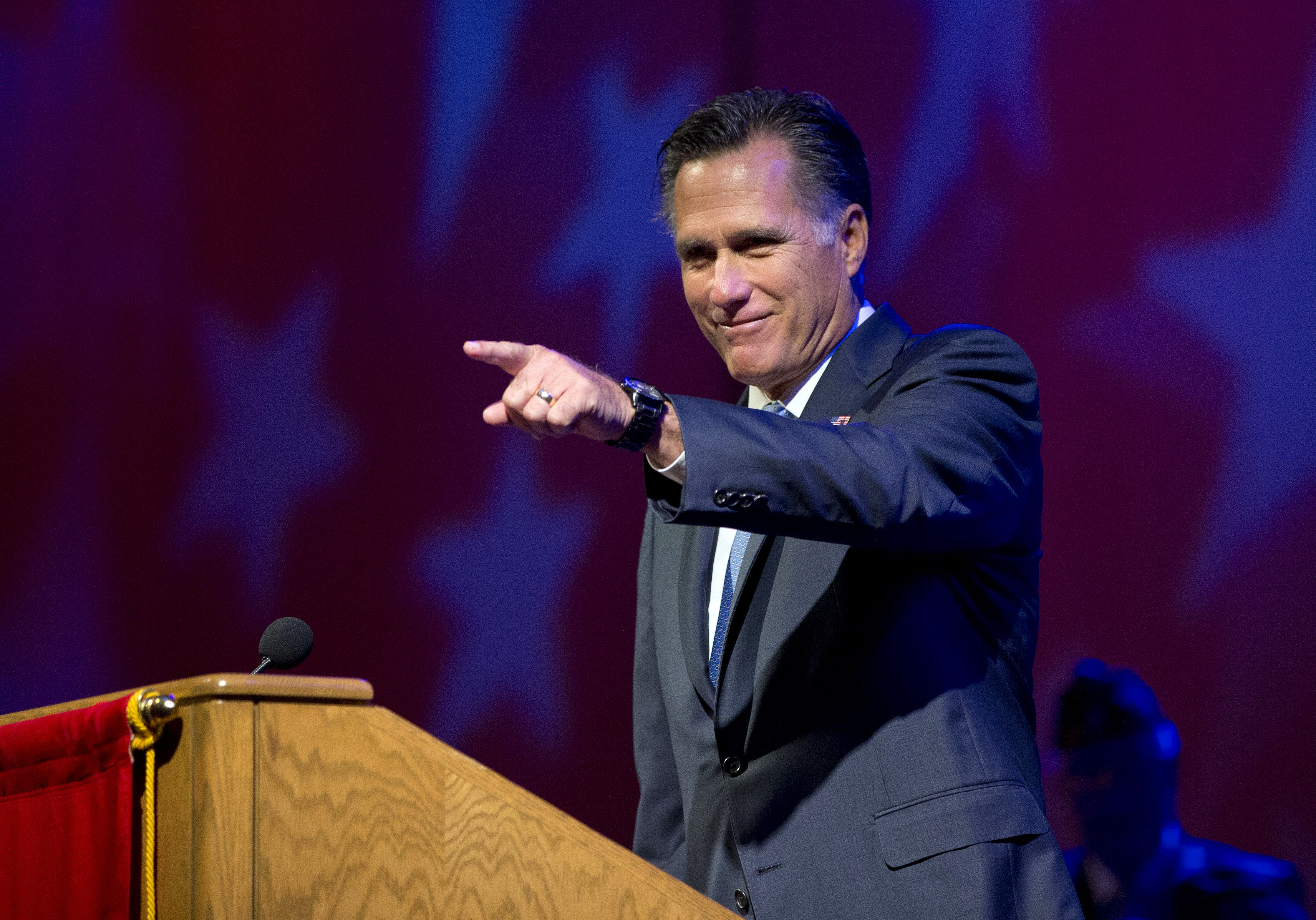 (CBS News) TAMPA, Fla. - Mitt Romney faces a significant empathy gapagainst President Obama - most people simply don't believe that the wealthy former Massachusetts governor understands the problems they face. They are more likely to trust him than the president when it comes to the economy, however - the number one issue of concern to voters.

So who needs empathy?

"There's really only one issue in this campaign, and if he's going to win, it's not whether he's likeable and has a wonderful family, but rather that he can convince people he would be better on the economy than Barack Obama," says Stephen Hess, a staffer in the Nixon and Eisenhower administrations now at the Brookings Institution.

Hess wrote speeches for three people who were, or became, presidents, and he has advice for Romney ahead of his speech accepting the Republican presidential nomination Thursday evening: Don't listen to those who say you have to paint a warm and fuzzy self-portrait.

"If I were writing his speech, it would be a tough, hard speech about the economy, about jobs, about what he thinks he can do, why he thinks he can do it, and virtually about nothing else," he said. "You might as well cut to the chase."

Dan Schnur, who was John McCain's communications director in his 2000 presidential run, said Romney's message Thursday, "doesn't need to be 'I feel your pain.'"

Poll: 1 in 5 say Eastwood was highlight of RNC
More

According to top Romney advisers, his speech has been, "designed specifically to be congruent" with the remarks by vice presidential candidate Rep. Paul Ryan Wednesday night. In that speech, Ryan cast Romney as prepared "to meet serious challenges in a serious way, without excuses and idle words." Ryan's speech, like the remarks offered by New Jersey Gov. Chris Christie Tuesday night, was about taking touch challenges head on and not worrying about whether doing so makes you unpopular. There's a not-so-subtle criticism of President Obama in that message, of course - the man who McCain's 2008 campaign famously dismissed as a celebrity unprepared to lead.

It's worth noting, however, that the last three American presidents - Mr. Obama, George W. Bush and Bill Clinton - are widely seen as having won office in part based on their likeability and relatability. Bob Shrum, a longtime Democratic insider who wrote Ted Kennedy's concession speech at the 1980 Democratic National Convention, said Romney has "got to deal with the fact that he's seen as stiff and disconnected," and the Democratic message that he favors the wealthy over the middle class.

In a well-received speech on Tuesday, Romney's wife Ann seemed to help humanize her husband by making the case that, despite their wealth, the couple had been through struggles. But Shrum said that speech won't much matter in the end.

"I think the Romney speech is really important because with the possible exception of Paul Ryan, Americans who don't join us in the political class aren't going to watch the Ann Romney speech," he said. "They were watching The Weather Channel."

One way Romney will attempt to relate to his audience is by discussing what has been something of an off-limits topic during the campaign: His Mormon faith.

Successful acceptance speeches can give candidacies a major lift coming out of the convention, as demonstrated by the boost enjoyed by George H.W. Bush in 1988 and Al Gore in 2000. And while Romney is unlikely to see a huge bump in this era of a dramatically polarized electorate, a good speech could help him gain crucial ground ahead of next week's Democratic National Convention. Polls show the two men now essentially tied nationally, though Mr. Obama has a small edge in a majority of swing states.

Paul Glastris, the former chief speechwriter for President Clinton who now edits the Washington Monthly, said both candidates face the same fundamental problem. "Neither of them have offered terribly specific or convincing arguments for why their policies would help the economy in the near or middle term," he said.

Glastris argued that Romney also faces a "human being gap" against the president.

"Barack Obama is not everyone's idea of the average guy - he's exotic and educated and has a certain air of standoffishness," he said. "But he speaks in normal modern American jargon. He's relaxed with himself. And he's recognizably of this moment and this era. Mitt Romney is a kind of personality that's a little bit of a weird throwback, who's awkward and self-conscious, and when he speaks there's a kind of nervousness and jitteriness to him. So his task, and the task of the speechwriters, is to find language where he can talk about himself in a way that flows naturally and that is neither too much braggadocio or too unspecific."

Ryan's speech, in keeping with convention tradition, was light on specifics. Hess said Romney would be smart to try to offer more details than his running mate - something Romney has generally been reticent to do so far.

"The more specific he can be, the more he can convince people he has a plan," he said. "If he comes out with glorious generalities, he just sounds like another politician - and of course, that's the claim against him."

One issue Romney appears to have successfully dealt with is the conservative criticism that he is what conservatives derisively call a "RINO" - a Republican in Name Only. Newt Gingrich disdainfully described Romney as a "Massachusetts moderate" during the primary, and Rick Santorum called Romney "the worst Republican in the country to put up against Barack Obama" due to the health care law Romney signed in Massachusetts. Thanks in large part to his decision to tap Ryan as his running mate, Romney appears to have put those concerns to rest and should be received rapturously in the Tampa Bay Times Forum.

It's the rest of the country that's the far larger challenge.