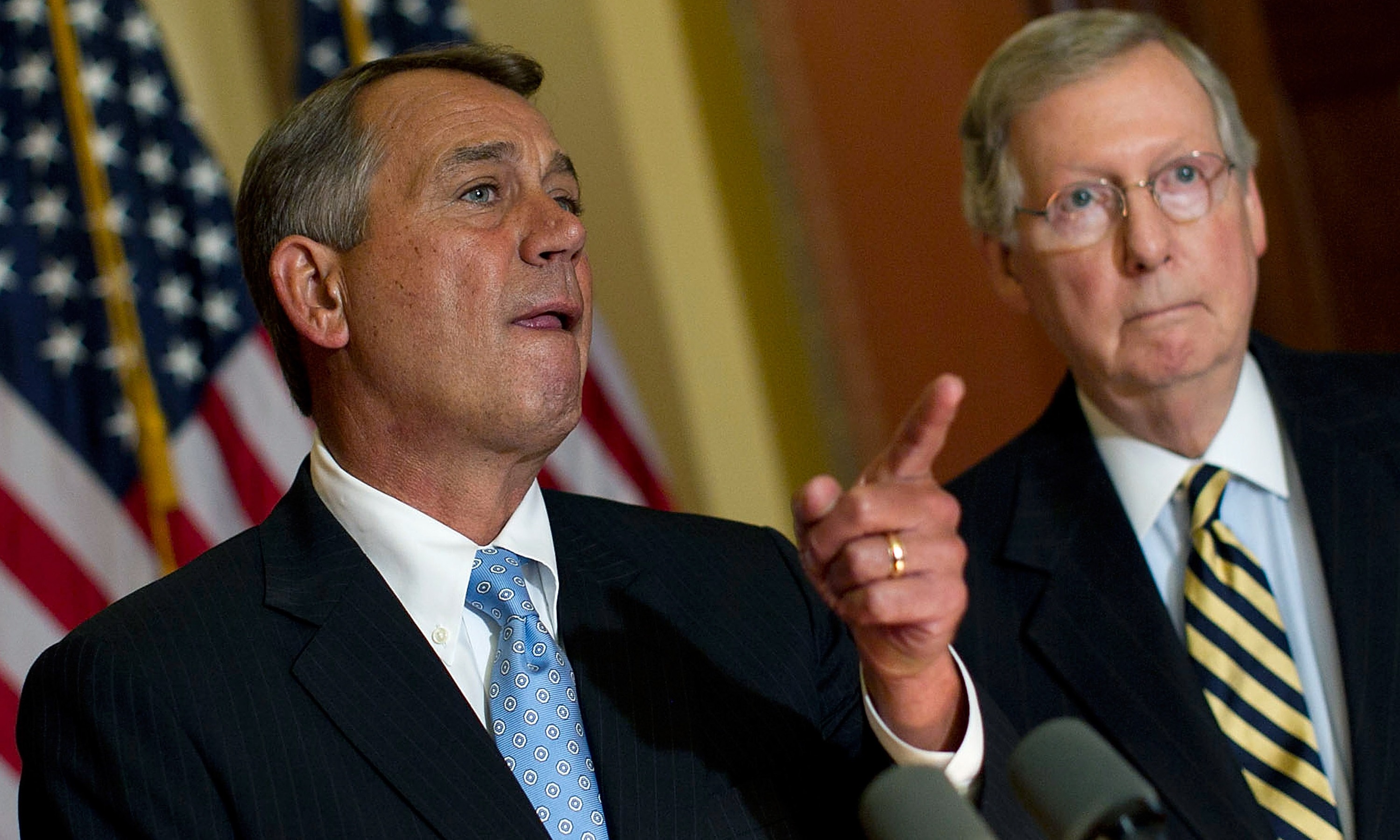 Congress has historically low approval ratings. Gridlock and partisanship are the top reason Americans are so critical. But when you look at polls of public attitudes about Congress, the majority hold opinions that would do the least to change this situation they hate so much. People either want to split party control of Congress, which would perpetuate the current stagnation, or they don't think that a change in congressional control would change anything, which suggests they won't vote because they believe gridlock isn't going away, no matter who is in charge. In a recent Gallup poll, a combined 56 percent of registered voters held those views. In a recent CBS poll of registered voters, 43 percent agreed with the statement, "It makes no real difference which party controls Congress, things go on just as they did before." That's the highest percentage that has responded that way in a CBS poll. Among voters who are less enthusiastic about casting a ballot, 50 percent think it doesn't matter which party is at the helm.

If shaking up things in Washington is all you care about, there is an obvious solution: Vote for a Republican Senate candidate near you. This is not a partisan or ideological pitch. It's simply the only available option this November for voters who are driven by their frustration with inaction.

The House is going to stay in the GOP's hands, which means the two possible outcomes in November are that either things stay the same or Republicans take control of both houses of Congress. We know what the former produces: Bills that pass the House go nowhere in the Senate and vice versa. That is unlikely to change after the elections. The rut is pretty deep, and there would be no new political pressure to break either party out of it. The onset of presidential politics is likely to slow progress further. For some, this is a fine outcome. The American constitutional system is designed to be slow, frustrating, and seize up now and again. Change for change's sake is like driving off a bridge to get out of traffic; you're not stuck in traffic any more all right.

If you're impatient, though, Republican control would likely give you the change you seek. That is what excites and terrifies partisans. The president will immediately have a harder time getting his nominations through the Senate. If a Supreme Court justice retires, it will lead to an epic confirmation battle.

Right now Democrats in the Senate can investigate anything they like. So even if Congress is on course to be one of the least productive in history (based on the number of bills passed into law), Democratic senators can keep the pressure on polluters and low-cost housing landlords and at least raise awareness about the issues they care about. All of that goes away under Republican control when a new batch of committee chairmen schedule hearings devoted to conservative causes. Republican senators will also be able to join their House counterparts in launching investigations of the Obama administration. (Michael Tomasky has an exhaustive examination of the consequences, including ways in which the GOP could target the Environmental Protection Agency and the Consumer Financial Protection Bureau.)

For those who don't think much will change no matter who is in control, this won't sound like change. It's just the same partisan battle; the two sides are just switching positions.

A more substantive change would come from Republicans having to prove that they can govern. For the moment, partisanship provides an excuse and impediment to action. House Republicans pass legislation, but their views never have to be sharpened or reconciled with those of their Senate colleagues. Control of both houses could force clarity in the GOP on issues like immigration, which leaders have ducked so far, claiming they didn't have a trusted partner in the president. That is a dodge to keep from starting a fight in the party over a contentious issue.

When you control both houses, this kind of inaction can't be allowed if the goal is to be taken seriously as a governing party. Republicans would also have to provide more concrete votes on issues like health care, tax reform, and implementing portions of Rep. Paul Ryan's budget. Republican strategists know the GOP has to shake the "Party of No" label, which means producing actual accomplishments--that is, unless you want the governors in the GOP 2016 field using you as a foil. (Of course they're already doing that anyway).

Republicans in the Senate face a terrible landscape in 2016 with 24 incumbents up for re-election. Many of them--such as Florida, Illinois, Iowa, New Hampshire, North Carolina, Ohio, Pennsylvania, and Wisconsin--will be in states where increased Democratic turnout in the presidential year will imperil their chances for re-election to the Senate. Those GOP senators can't run on having done nothing, and there will be pressure to pass legislation that will appeal to a broad swath of voters. There will also be pressure not to launch extended show trials that might make voters think the party is so obsessed with partisan point scoring that they don't have any answers to the problems that confront people in their daily lives.

Perhaps the pressure on Republicans in the Senate will lead to legislation that the president, conscious of his legacy, can sign. The first easy score would be Trade Promotion Authority, which would give President Obama the tools to complete and sign trade agreements in Asia and Europe. That is a key domestic priority for the president because he believes it would boost the economy and assist his foreign policy, too. Democrats have blocked it. Education legislation promoting charter schools would pass. (It might even pass before November). And you could also imagine a pathway to immigration reform of some kind if those Republicans who think passing something in 2015 is key to the party's long-term survival came together with a president thinking about his legacy.

Even if none of this comes to pass, and the president vetoes everything he is sent, and Democrats filibuster as their Republican colleagues did when they were in control, policy debates will still be sharper than the ones we have now. Both GOP houses will have produced legislative language, votes will have been taken, and all of this activity will clarify the lines of debate heading into the presidential election in 2016. At the moment, debates on policy take place without the reality-inducing legislative process. Simply introducing that would give voters clearer choices than they have now. That will not revolutionize governance, but given the two possible outcomes in November, if you're making your choice on what scenario might crack the peanut brittle casings of governance, Republican control of the Senate offers the best chance.