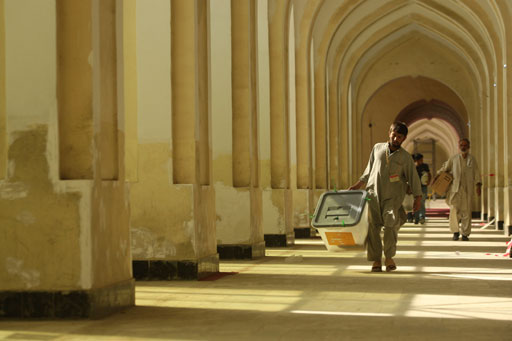 "Is it possible that I'm pregnant?" can be one of the most nerve-wracking questions for a woman to deal with. But with so many pregnancy tests and ovulation kits on the market today, how can you tell which is relaiable?

Method:
All home pregnancy test kits use monoclonal antibodies to detect a hormone known as human chorionic gonadotropin (hCG), which is produced by the developing placenta beginning on the day on which the embryo implants in the uterine wall. Concentrations of this pregnancy hormone vary widely from woman to woman, but the more sensitive tests can measure lower levels of hCG.

All 18 brands tested by "Consumer Reports" (CR) employ similar technology - most use sticks with absorbent wicks that are held directly in the urine stream, and most allow women to collect urine in a cup and then dip the stick. Regardless of collection method, reading the results is the same for every kit: if a line appears in the window after a specified number of minutes, the test is positive.

Working with an independent laboratory that specializes in hCG studies, CR spiked hCG-free urine with varying concentrations of the hormone "to mimic the range found in normal early pregnancies."

They tested each product at increasing levels of hCG concentration until a positive result was attained.

"We conducted the tests as instructed on each product's package insert," CR says. "Technicians read the results after the specified minimum wait - anywhere from 1 to 5 minutes, depending on the product - and then again at the maximum time allowed (10 minutes in all the products we tested)." Kits were rated on efficacy, ease of use, and ease of result readings.

Performance:
One kit, the First Response Early Result Pregnancy Test, emerged as the most reliable and sensitive test. "It detected hCG at concentrations as low as 6.5 mIU/ml (thousandths of an International Unit per milliliter) - that's almost sensitive enough to detect any pregnancy soon after implantation," CR wrote. "Most other kits were far less sensitive - the five least sensitive tests couldn't detect hCG below concentrations of about 100 MIU/ml at their specified reading times. However, when we waited a full 10 minutes before reading the results, seven of the test kits performed much better than they did at the manufacturer's suggested waiting time."

Although all the kits were "easy to use," First Response and two other tests (Answer Quick & Simple and ClearBlue Easy) produced result lines that were more intense than others at lower concentrations of hCG, making them easiest to read.

Recommendations:
Although CR calls the First Response test "a superior choice," it warns, "Women need to use home pregnancy test kits with a clear understanding of their limitations."

It explains that testing for hCG is not the same in all women. In 10 percent of pregnant women, the embryo does not implant until after the first day of a missed period (and again, hCG is not produced until the embryo implants in the uterine wall).

"Until implantation, it doesn't matter how sensitive the test is," CR says, "You can't detect the pregnancy before it's producing the stuff that you're measuring, which is hCG."

Even pregnancies that have implanted may produce too little hCG for many at-home tests to detect, especially only a day or two after a missed period and when read after the manufacturer suggested waiting period specified in test packaging.

"Some kits improve in detection when read after a wait of 10 minutes, but waiting longer than that may produce a negative result that looks faintly, misleadingly positive," CR reports.

Moreover, about one-third to one-quarter of pregnancies implant for a short time, then fail. "That leads to a transient rise in hCG, which can extend for as long as two days after the day of the missed menstrual period."

Consumer Reports advises, "If you're comfortable waiting, a sensitive test taken a week after your period is overdue will almost certainly give you accurate results. If you elect to take the test as early as the day after you've missed your period, remember that a negative result isn't 100 percent certain. And a positive result may mean either a viable pregnancy or a pregnancy destined to end shortly after it began. With either of those results, you should plan on testing again a week later, just to be sure."

Method:
When an ovulation kit works correctly, it can reliably indicate the most fertile 24-48 hours in a woman's cycle - the time in which most successful pregnancies are conceived. Of the 11 kits tested by CR, only one proved to be sensitive enough to predict ovulation for nearly 9 out of 10 women, while others fell terribly short of their package promises.

The day of ovulation (when a ripened egg bursts out of its follicle) and the five days preceding it are the fertile window of the female reproductive cycle. The day before and the day of ovulation are the most fertile days; more than 80 percent of viable pregnancies are conceived on those two days.

A hormone called lutenizing hormone (LH) peaks in the blood and urine one to two days before ovulation, at the onset of the most fertile period in the cycle. The length of the LH surge varies from woman to woman, lasting between 10 and 31 hours in about half of women, less than 10 hours in 38 percent, and over 31 hours in 12 percent. Research has proven that LH surge is among the best indicators of ovulation, and the kits that Consumer Reports tested are based on LH measurement.

Ten of the 11 kits tested worked like home pregnancy tests, using monoclonal antibody sensing technology. The user either urinates on an absorbent wick, dips a test wick into a cup of urine, or places a few drops of urine on a cassette.

The result appears as a line in a tiny window. "Since ovulation detection will almost certainly require multiple tests," says CR, "the kits include five or more individual test sticks."

Only one test worked differently: the reusable, electronic ClearPlan Easy Fertility Monitor tests not only for LH surge, but also for a less intense surge of another hormone (estradiol) which precedes the LH surge by about a day (a woman urinates on a wick which is inserted into the device and electronically read; the results are displayed on an LCD screen). It can also store cycle length from up to six previous cycles.

Performance:
In conjunction with an independent lab, Consumer Reports tested each model with urine spiked with various concentrations of LH. Following package instructions, LH concentrations were increased up to the point where a positive reading was obtained. Results were read after the manufacturer specified waiting times (typically 1-3 minutes), and again after 10 minutes, the maximum allowable reading time.

Frighteningly, Consumer Reports found "Though most of the kits are labeled as having 99 percent clinical accuracy, in actual use even the best-performing models are likely to detect LH surges in a considerably lower percentage of women. At their peak, most women's LH surges range from less than 20 to 100 mIU/ml.

The top-rated product, the ClearPlan Easy Ovulation Test Pack, was the only one able to detect LH concentrations as low as 22mIU/ml. It was also easier to read than most other models. But even this product will not detect ovulation in the 12 percent of women whose LH peaks at below that concentration." The costlier ClearPlan Easy Fertility Monitor (the electronic tester) was the second most sensitive model tested, detecting LH concentrations as low as 36 mIU/ml, meaning it may work for about 65 percent of women.

"At the other end of the spectrum," CR says, "we had to spike the test urine with the highest LH concentration we tested - 91 mIU/ml - before we obtained a positive reading from the First Response Pregnancy Planning Kit. Only 20percent to 25percent of women have an LH peak that high. Those results cast doubt on the product's label, which claims it contains enough test sticks 'for 90percent of ovulating women to detect hormone surge.'"

Amazingly, though, that wasn't even the worst-performing test Consumer Reports found. Answer Quick & Simple One-Step Ovulation Test got that dubious honor. "In laboratory tests using urine with an LH concentration of 91 mIU/ml, only one of six tested Answer kits registered positive. When we tested another six samples at a concentration of 96 mIU/ml, we got only two positive readings," CR reports.

In the end, the ClearPlan Easy Ovulation Test Pack ($30.32/5 tests) won, with a borderline "Very Good/Excellent" overall rating (it received an "excellent" for LH sensitivity and was easier to read than most others, but again, it will not detect the LH surge of approximately 12percent of women).

The Answer Quick & Simple One-Step Ovulation Test ($16.89/5 tests) was at the bottom of the list, with an overall rating of "Poor" (the only test that received a "poor" for LH sensitivity, and without a protective cap, it can be messy to use).

Recommendations:
Although it recommends the ClearPlan Easy Ovulation Test Pack as the best of the ovulation kits, Consumer Reports advises, "The first thing to consider is whether you need an ovulation test kit at all, since the overwhelming majority of women of childbearing age ovulate reliably and have a six-day fertile period every cycle Most couples are better off just having regular intercourse on their own schedule."

However, if a woman decides she does need to use an ovulation kit and doesn't get a positive result in the first round of testing with one of the more sensitive tests, CR advises, "consider starting your tests a few days earlier in the next cycle and continuing longer. Use two kits if you have to. It may also be helpful to test twice a day rather than once, in case you have a short LH surge. Finally, if after three cycles, the test fails to detect ovulation, you should consult your physician for further evaluation."