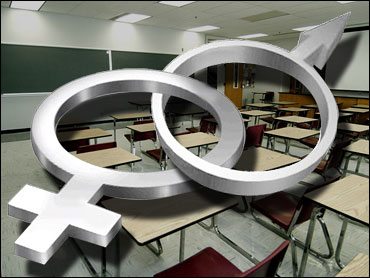 
So far, the most significant player to show up on Washington madam Deborah Jeane Palfrey's much-discussed client list is USAID chief Randall Tobias, the former pharmaceutical company CEO who ran Bush's global AIDS initiative for its first three years. His ignominious tenure as AIDS ambassador was marked by a preference for pricey brand-name HIV drugs over cheap generics, which sharply reduced the number of people who could be treated. Ironically, given his regular "massages" from call girls, when we can surmise he ignored the abstinence-only instruction to "keep all of your clothes all the way on all of the time," Tobias was also an avid defender of the President's puritanical approach to HIV prevention.

Tobias was the hatchet man who forced every U.S. grant recipient to publicly condemn prostitution — even struggling outfits doing the sensitive work of persuading destitute sex workers to use condoms. A forthcoming study from the Center for Health and Gender Equity of five Asian countries where commercial sex is driving the AIDS epidemic found that the policy has resulted in the closure of drop-in centers for street prostitutes and a scaling back of other successful prevention efforts.

It was Tom DeLay's ethically challenged Congress that slapped the global AIDS initiative with a one-third abstinence earmark on prevention. Tobias promoted this approach so zealously that in some countries, like Nigeria, nearly 70 percent of all U.S. dollars granted to prevent the sexual transmission of HIV were channeled toward abstinence.

Tobias is not the first abstinence czar to leave his job after running afoul of the moral agenda he promoted. Claude Allen, once the leading White House abstinence advocate, stepped down as domestic policy adviser last year after he was caught stealing. Ted Haggard, once head of the National Association of Evangelicals — powerful boosters of abstinence-only spending — resigned last fall after a gay hustler named him as a client. But Tobias's fall comes as momentum is finally building against the $2.5 billion-and-counting abstinence boondoggle.

Though the Institute of Medicine called for the elimination of abstinence-only programs in 2000, Bush set about doubling their budget instead. Last month the Administration's own study — mandated by Congress a decade ago but delayed while ideological spinmeisters handicapped the criteria to help produce favorable results — was finally released. Posted quietly on the web without even a press release, it affirmed what every academic study had found before: Preaching abstinence doesn't produce it. Numerous studies show that contraceptive access cuts teen pregnancy rates and condom education dramatically reduces HIV transmission.

As with opposition to the war, the American people are ahead of Congress on this issue. A recent study found that 82 percent of Americans want comprehensive sex education for their kids. Nine states have now turned down the tempting pot of abstinence money, including "red state" Montana. Abstinence funding should go the way of Randall Tobias. Legislation like the Pathway Act, which would revoke the abstinence earmark on global AIDS spending, and the Real Act, which would allocate funds for comprehensive sex ed, both introduced by Barbara Lee, need muscle from Democratic leaders. When the President's AIDS initiative comes up for reauthorization in two years, Congress should strike the prostitution pledge and the ban on needle exchange.

The moral contradictions of the abstinence-mongers speak eloquently to the folly of basing public health decisions on religious injunctions and fantasies of social control. It's time for Congress to stop this dangerous crusade, both here and abroad.
By the editors of the Nation
Reprinted with permission from the The Nation