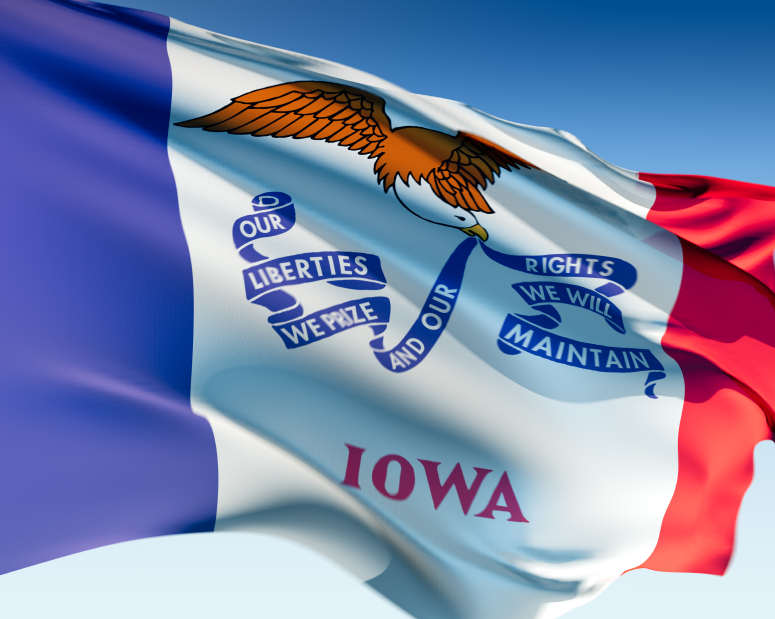 It was President Obama's victory in the Iowa caucuses in 2008 that jumpstarted his candidacy and eventually propelled him into the presidency. But if Mr. Obama cannot win Iowa's six electoral votes in November, he may well be out of a job.

The state has been hotly contested in recent years. Mr. Obama carried Iowa in the 2008 general election by almost 10 points, and former President George W. Bush won the state in 2004 but was defeated four years earlier in Iowa by the 2000 Democratic nominee, then-Vice President Al Gore.

Iowa, commonly seen as a bridge from the industrial midwest to the great plains, is overwhelmingly white (93 percent, according to census data) and fairly rural, with a big evangelical community and a lucrative agricultural presence. The state's economy has been fairly well-insulated from the last recession, with an unemployment rate (5.2 percent) that is more than 2.5 points below the national average.

Energy and agricultural policy disputes are potent local issues in a state whose economy leans so heavily on agribusiness. Ethanol subsidies are a perennial question, and the wind energy tax credit has emerged as an important distinction between the candidates. Romney has said we should allow wind energy and other renewables to thrive on their own without federal support, but Mr. Obama has blasted Romney for opposing the renewal of the wind energy tax credit, saying Romney's move would cost Iowa thousands of green-energy jobs.

The Iowa Supreme Court's decision to legalize same-sex marriage has also emerged as an important factor, potentially driving religious conservatives to the ballot box to express their disapproval by removing an Iowa Supreme Court justice who decided in favor of same-sex marriage. Drake University political scientist Dennis Goldford believes "this will boost Republican turnout significantly. Obama's place on the ticket with extend coattails to down-ballot Democrats, but the same-sex-marriage issue will provide upward coattails for Romney." Still, Goldford believes "Iowa remains a tossup at this point--it's either one's state."

Kevin Cooney, an anchor with CBS affiliate KCCI in Des Moines, agrees: "It appears to be a close one. Iowa is a 'purple state' in this race."

Because it is so competitive, tiny Iowa has attracted an outsized level of time and money from both candidates. Since Mitt Romney declared himself the presumptive Republican nominee at the end of April, he has been to Iowa 10 times, while Mr. Obama has visited 9 times in the same period.

Recent polls show a razor-thin race, with Mr. Obama edging Romney by 2.3 points in a RealClearPolitics average of polls.