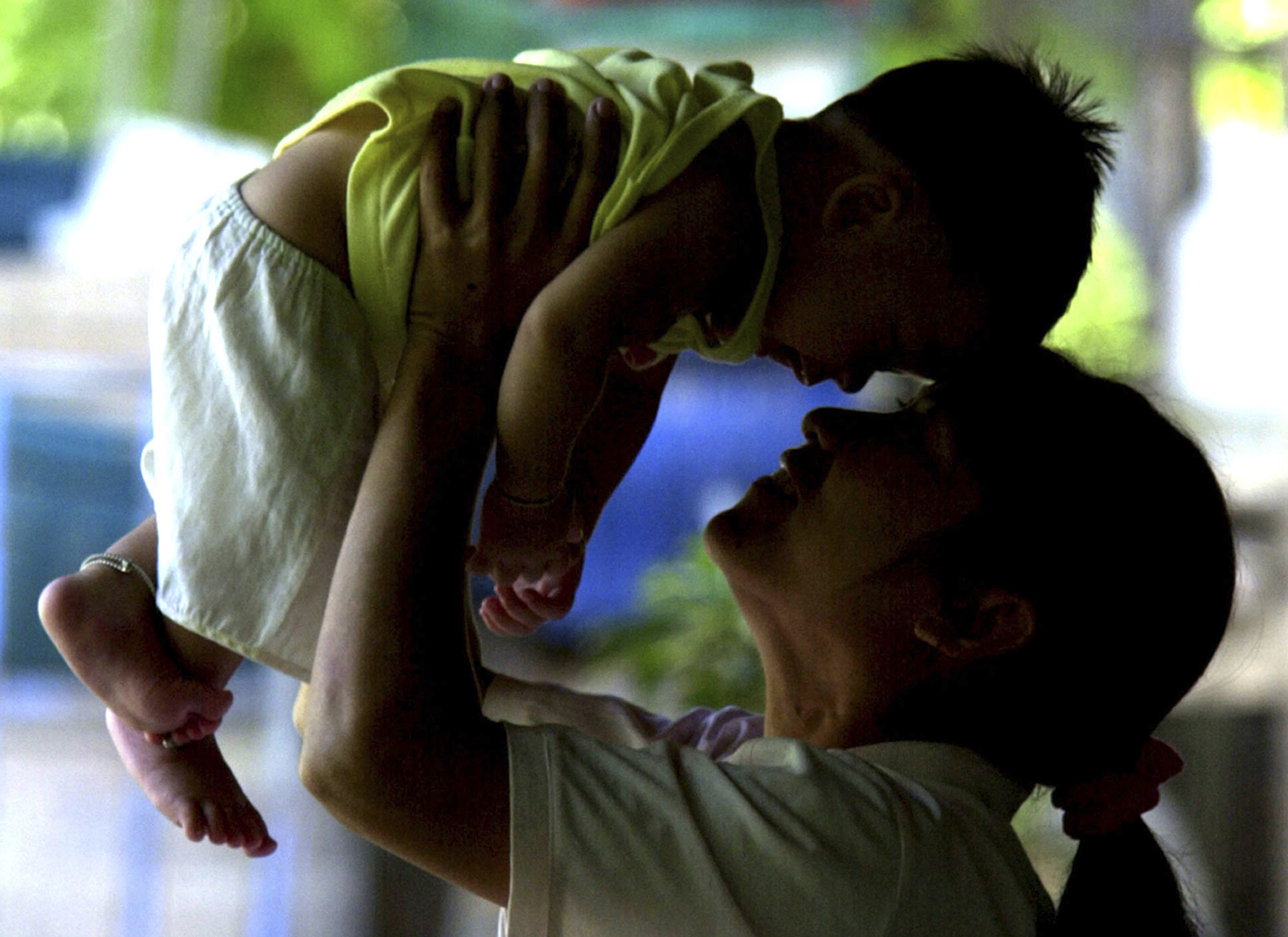 Thailand has become the first country in Asia to eliminate mother-to-child transmission of HIV and syphilis, the World Health Organization announced Tuesday.

The milestone is another step in Thailand's aggressive campaign to reduce new cases of the AIDS virus, but experts warn many other problems still exist -- including a rising rate of new HIV infections among gay men and transgender people.

The number of babies contracting HIV dropped from more than 3,000 in the late 1990s to 86 in 2015, a figure that was validated to meet WHO's criteria for elimination - mother-to-child transmission rates of less than 2 percent and fewer than 50 new infections in 100,000 births.

Cuba became the first country to reach the goal last year. Along with Thailand, Belarus eliminated the mother-to-child spread of HIV and syphilis, Armenia did for HIV and Moldova did for syphilis, the WHO announced Tuesday.

"I do think that once Thailand has been able to do it, it's a motivation for other countries around the world and also for the public health community because one does see now that, yes, the world can be free of HIV," Poonam Khetrapal Singh, WHO's Southeast Asia director, said by phone, noting Thailand's HIV rate was once among the region's highest.

Thailand's success comes from strong prenatal care from large cities all the way to the poorest villages. Nearly all pregnant Thai women are screened for HIV, 95 percent of those who test positive are treated to prevent transmission to their babies and almost 100 percent of babies born to HIV-positive mothers are given antiretroviral drugs.

However, hundreds of thousands of migrant women, many of them working or seeking menial jobs in Thailand, are not included in the data. Many poor women from neighboring Myanmar and Cambodia do not receive any prenatal care or HIV screening while in Thailand. A 2010 Thai government report found that two to three times more migrant women were infected with HIV in certain areas of the country.

There are an estimated 2.7 million registered and undocumented male and female migrant workers in Thailand. They have limited access to the country's health care system, and many are reluctant to get tested or treated for HIV due to language barriers or out of fear they will lose their jobs or have negative interactions with police or other authority figures, according to UNAIDS.

Steve Mills, technical director at nonprofit FHI360's Asia-Pacific office in Bangkok, said this is an area Thailand needs to improve, along with focusing more on at-risk populations such as intravenous drug users and sex workers operating outside of brothels. Gay men and transgender people are of particular concern.

"With the evolution of the epidemic and people being on HIV treatment, it's meant that condom use is harder to get to a satisfactory level," he said, adding that gay men and transgender people are often harder to reach today because couples often meet through social networks instead of in bars, saunas or other public places where outreach workers once targeted them. "We need to encourage people to get tested."

Last year, the World Bank published a study calling for more free anonymous testing and treatment among gay men. It said the rate of infection within Bangkok alone had jumped from an estimated 21 percent in 2000 to 28 percent in 2012. Only one-fifth of those infected were receiving antiretroviral drugs, even though it's provided by the government without cost.

Thailand was hailed by the international community as a model for other countries after promoting 100 percent condom use among sex workers in brothels in the 1990s, drastically reducing infection rates.

But AIDS continues to kill. In 2014, an estimated 20,000 people died from the disease in Thailand, a rate that has remained steady for the past five years. An estimated 450,000 people are living with the virus in the country of 60 million.