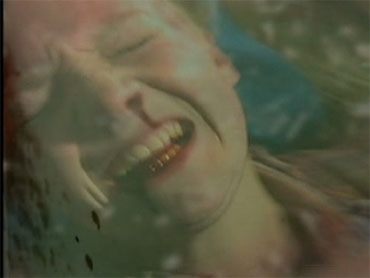 (CBS)
In Wales they are just astounded at the reaction to their public service announcement about the dangers of texting while driving.

The 30-minute video was made for use in schools in South Wales; it wasn't even due to go into the curriculum till next year.

But a 4-minute excerpt landed on YouTube, a million and a half people saw it, and – police say – mostly positive reaction has flooded in.

There is much more to the video than the crash sequence that's circulated on the internet. It is not just a record of a horrific fatal car crash caused by a distracted teen; it's also the story of what happens next: the after shocks that change the lives of the young survivor and her family, and upset the equilibrium of the whole community.

It's startling, seeing it, to learn it was made on such a small budget: about £10,000 or less than $20,000. The Gwent Police Force funded most of it; many of its officers and staff are in it, along with police and fire rescue vehicles and helicopters. Some of the actors are professional; but three of the most memorable characters – the driver of the car and her two friends and passengers – are very engaging local teenagers who were among 300 kids who auditioned.

I met Jennie Davies, Amy Ingram - both university students, and Laura Quantick who's finishing at a local secondary school. What they shared before the experience of making the video was an interest in drama or music and a bit of experience in local productions. What they share now is an almost zealous – and very articulate – passion for spreading the lesson the video teaches, about the danger of texting while driving.

They are a bit astounded about the sudden attention that's come to them and their work. Jennie plays "Cassie Cowan," the "Cow" of the video's title; she's the driver of the crash car and, horribly scarred, its only survivor. "I figured I was doing a small film," she told me, "a local film for Gwent police; and it's turned into a massive YouTube sensation. It's pretty crazy." It was interesting, too, I thought – that Jennie doesn't drive. Some of her scenes were recorded with the camera mounted on a towing truck pulling her car; and in some, a double was used.