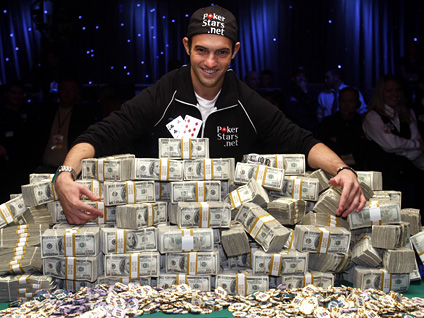 A former nurse's aide pleaded guilty to a lesser count Monday before she went on trial on a murder charge, accused of hitting a man with her car and leaving him stuck in the windshield and dying as she drove home.

Chante Jawan Mallard, 27, faces life in prison if convicted of first-degree murder. She pleaded guilty to a charge of evidence tampering before attorneys began their opening statements on the murder charge.

Mallard told police that in October 2001 her car hit Gregory Biggs, 37, with such force that his head and shoulders jammed into the windshield and his legs were bent over the roof, his trousers tearing almost completely off his body.

Instead of stopping, police say, she drove about one mile down a six-lane highway, the man still lodged and bleeding in the jagged windshield, then continued through town to her home in a working-class neighborhood.

She pulled into her garage, closed the door, then sat in the car and cried, repeatedly apologizing to the man as he moaned, she later told detectives.

"Chante kept going in and out of the garage telling the man she was sorry," the police report said. "She does not know how long it took the man to die; she quit going out into the garage."

Biggs, a former bricklayer who had been living in a homeless shelter, was found dead the next day, his body dumped in a park.

Mike Heiskell, Mallard's attorney, said last year that his client "was simply a frightened, emotionally distraught young woman who had an accident, panicked and made a wrong choice." He said she is guilty only of failing to stop and render aid — not murder.

Two of Mallard's friends have pleaded guilty to dumping the body to help Mallard. One received a 10-year sentence for tampering with evidence, the other nine years. As part of plea agreements, they were to testify at her trial.

But Tarrant County Medical Examiner Nizam Peerwani later said Biggs, whose left leg was nearly severed, probably lived only a few hours after he was hit the morning of Oct. 26, 2001. He could have survived if he had received medical attention, Peerwani has said.

When Biggs' body was found, authorities had no leads until four months later, when a tipster said Mallard talked about the incident at a party.

The day after interviewing the tipster in February 2002, detectives went to Mallard's house with a search warrant, and they said she confessed.

Police found the car in the garage, the seats missing and the windshield and rear glass broken. Officers said they found dark stains on the passenger-side floorboard and burned car seats in her back yard.