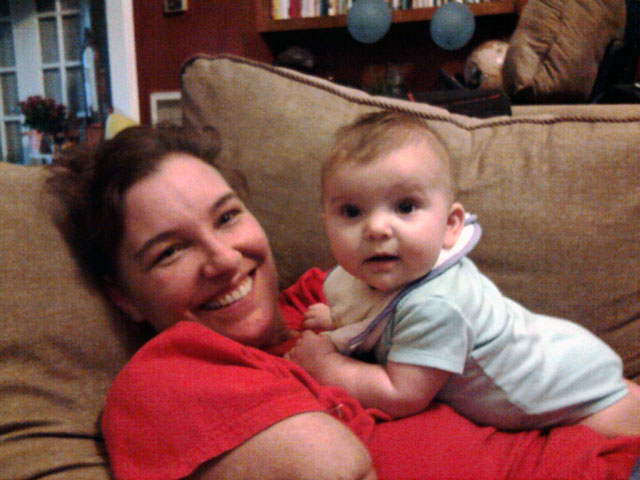 (CBS News) Katy Hayes, a woman who had all her limbs amputated after developing a deadly infection more than two years ago, is set to become to first American to undergo a double arm transplant.

The 43-year-old mother of three from Kingwood, Texas joined doctors today at Brigham and Women's Hospital in Boston to announce the milestone at a press conference, CBS Boston reported.

Four days after giving birth to her third child in 2010, Katy developed Streptococcal A infection and slipped into a coma. To save her life and prevent the spread of the infection, doctors had to amputate her arms and legs.

"Both the doctors looked at me and said that I was going to die and that we should prepare the family for my demise," Hayes recalled Wednesday at the press conference.

She survived and said in a video on the hospital's website that the surgeries were "more than she could grasp," but support from her family and her husband of 13 years, Al, helped her get through it. So too did the Harvard-affiliated hospital which after rigorous evaluation approved Hayes for the milestone surgery, a procedure she says has given her the hope to fight forward.

For the procedure, doctors will attach donated arms to where Katy's elbow used to be, first using metal plates and screws to join the bones, before connecting muscles, tendons, arteries, veins and three major nerves of the arm (animation of the surgery). The hospital is working with the New England Organ Bank to find a donor. Dr. Simon Talbot, lead surgeon for the procedure, said at a news conference she will need six months of rehabilitation and may never get feeling or motion in her new hands. But Hayes is hopeful the arms will make her feel more complete.

"I want to hug my children and hug my husband, cook food, and wipe my own bottom; things you guys take for granted," she said. "I have the determination to make these arms my own."

Watch below for a story of Katy's journey from Brigham and Women's Hospital: