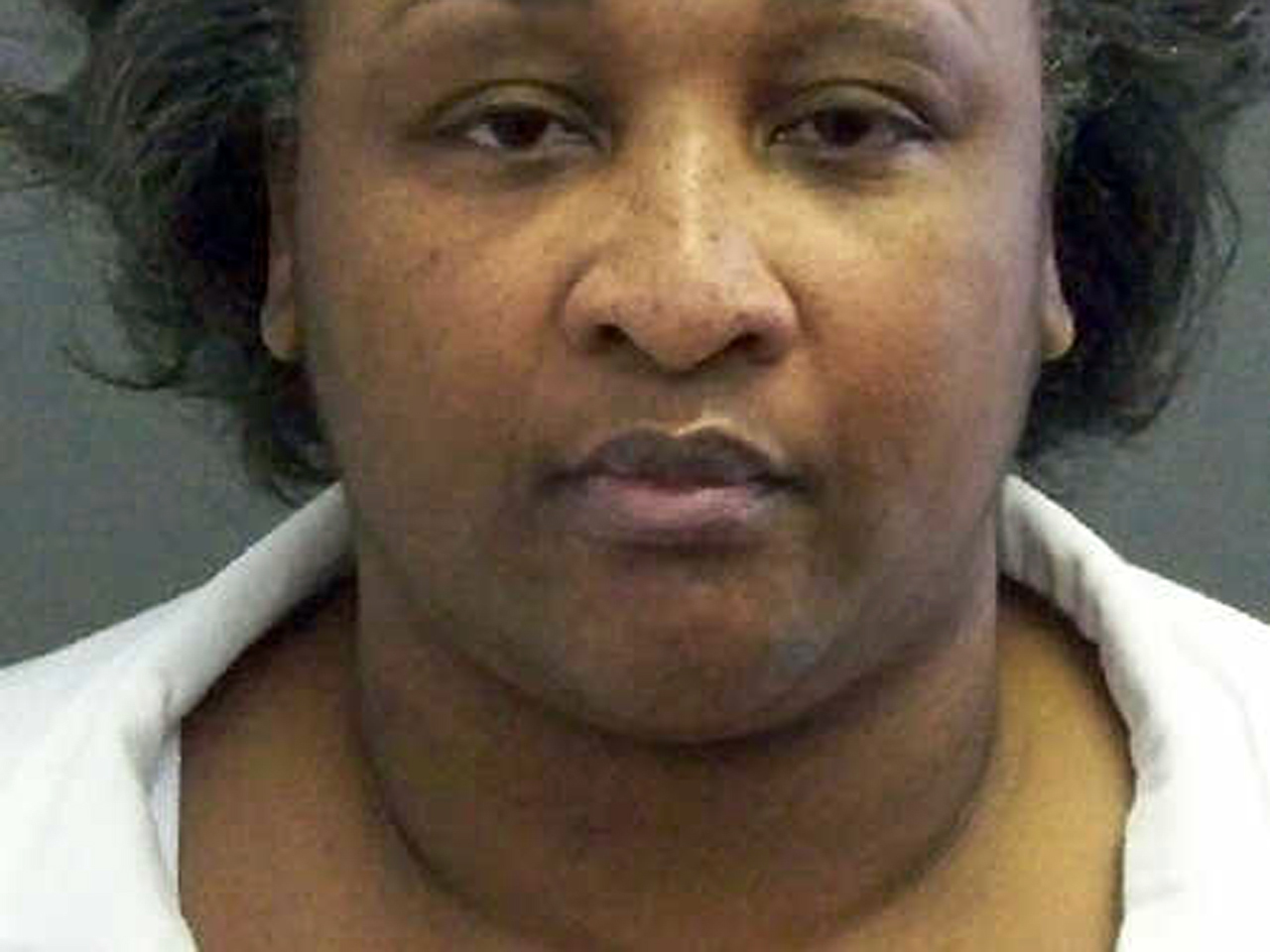 Texas marked a solemn moment in criminal justice Wednesday evening, executing its 500th inmate since it resumed carrying out capital punishment in 1982.

Kimberly McCarthy, who was put to death for the murder of her 71-year-old neighbor, was also the first woman executed in the U.S. in nearly three years.

McCarthy, 52, was executed for the 1997 robbery, beating and fatal stabbing of retired college psychology professor Dorothy Booth. Booth had agreed to give McCarthy a cup of sugar before she was attacked with a butcher knife and candelabra at her home in Lancaster, about 15 miles south of Dallas. Authorities say McCarthy cut off Booth's finger to remove her wedding ring.

It was among three slayings linked to McCarthy, a former nursing home therapist who became addicted to crack cocaine.

She was pronounced dead at 6:37 p.m. CDT, 20 minutes after Texas prison officials began administering a single lethal dose of pentobarbital.

Texas has carried out nearly 40 percent of the more than 1,300 executions in the U.S. since the Supreme Court allowed capital punishment to resume in 1976. The state's standing stems from its size as the nation's second-most populous state as well as its tradition of tough justice for killers.

With increased debate in recent years over wrongful convictions, some states have halted the practice entirely. However, 32 states have the death penalty on the books. Though Texas still carries out executions, lawmakers have provided more sentencing options for juries and courts have narrowed the cases for which death can be sought.

Executions of women are infrequent. McCarthy was the 13th woman put to death in the U.S. and the fourth in Texas, the nation's busiest death penalty state, since the Supreme Court in 1976 allowed capital punishment to resume. In that same period, more than 1,300 male inmates have been executed nationwide, 496 of them in Texas. Virginia is a distant second, nearly 400 executions behind.

McCarthy's lawyer, Maurie Levin, had asked the Texas Court of Criminal Appeals to halt the punishment, arguing black jurors were improperly excluded from McCarthy's trial by Dallas County prosecutors. McCarthy is black; her victim white. All but one of her 12 jurors were white. The court denied McCarthy's appeals, ruling her claims should have been raised previously.

Prosecutors said McCarthy stole Booth's Mercedes and drove to Dallas, pawned the woman's wedding ring she removed from the severed finger for $200 and went to a crack house to buy cocaine. Evidence also showed she used Booth's credit cards at a liquor store.

McCarthy blamed the crime on two drug dealers, but there was no evidence either existed.

DNA evidence also tied McCarthy to the December 1988 slayings of 81-year-old Maggie Harding and 85-year-old Jettie Lucas. Harding was stabbed and beaten with a meat tenderizer, while Lucas was beaten with both sides of a claw hammer and stabbed.

McCarthy, who denied any involvement in the attacks, was indicted but not tried for those slayings.

McCarthy is a former wife of Aaron Michaels, founder of the New Black Panther Party, and he testified on her behalf. They had separated before Booth's slaying.

In January, McCarthy was just hours away from being put to death when a Dallas judge delayed her execution.

McCarthy was the eighth Texas prisoner executed this year. She was among 10 women on death row in Texas, but the only one with an execution date. Seven male Texas prisoners have executions scheduled in the coming months.