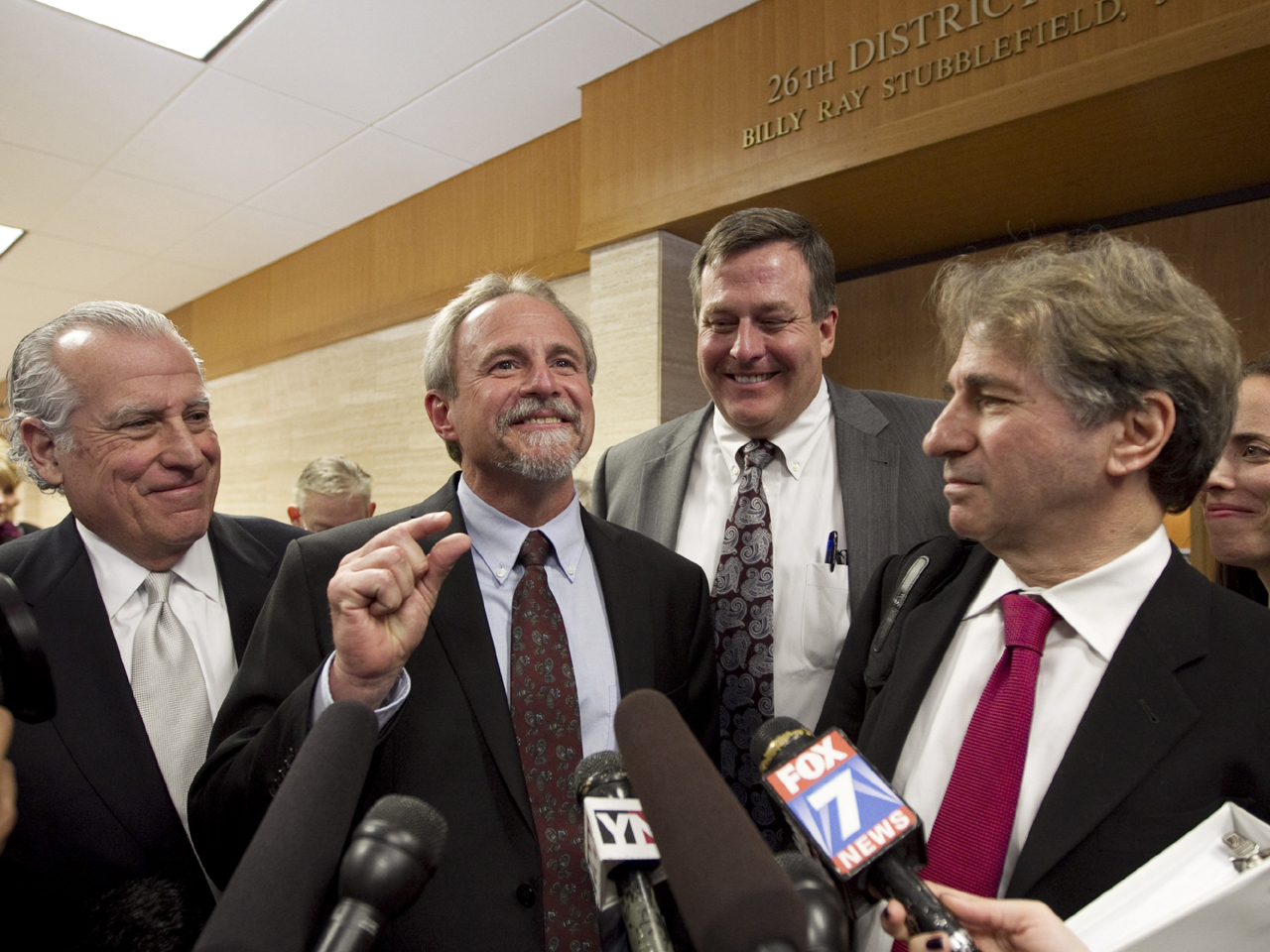 HOUSTON The State Bar of Texas is suing a district judge, whom they allege withheld documentary evidence when he was a former prosecutor. They believe his actions led to a man who served nearly 25 years in prison for a murder he didn't commit.

Ken Anderson was the prosecutor in 1987 when Michael Morton was sentenced to life in prison for the slaying of his wife. A neighbor found his 3-year-old son playing in their yard; his wife, Christine Morton, was inside bludgeoned to death, "60 Minutes" reported.

A year ago, DNA evidence cleared Morton and he was freed. Mark Alan Norwood, a known felon, was linked to the crime scene through testing.

A disciplinary panel for the state lawyers' association contends in a petition filed this month that Anderson, now a state district judge, knew about a memo, interview transcripts, and other documents, but didn't disclose them to Morton's lawyers. Morton and his original trial lawyers told "60 Minutes" that they never had full access to the police reports in the prosecutor's file until recently.

In the document, Christine Morton 's mother told investigators that her grandson told her not only did a "monster" with a "big mustache" kill his mother, but that his father was no where near the scene.

"It was one of those moments where you almost faint. To hold in my hand a copy of a document that the district attorney at the time had and didn't tell anybody about it on the defense side... (It) would've proved that Michael Morton is innocent," he said.

Anderson was later named "prosecutor of the year" in Texas, and he became a district judge in 2002.

Anderson's attorney, Eric Nichols, said Friday he will challenge the lawsuit. He told "60 Minutes" that even if his client did withhold documents, there's no way they would have exonerated Michael anyway.

Possible penalties range from a public reprimand to disbarment.