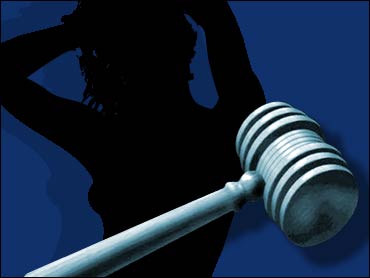 A federal appeals court has overturned a statute outlawing sex toy sales in Texas, one of the last states - all in the South - to retain such a ban.

The 5th U.S. Circuit Court of Appeals ruled that the Texas law making it illegal to sell or promote obscene devices, punishable by as many as two years in jail, violated the right to privacy guaranteed by the 14th Amendment.

Companies that own Dreamer's and Le Rouge Boutique, which sell the devices in its Austin stores, and the retail distributor Adam & Eve sued in federal court in Austin in 2004 over the constitutionality of the law. They appealed after a federal judge dismissed the suit and said the Constitution did not protect their right to publicly promote such devices.

In its decision Tuesday, the appeals court cited Lawrence and Garner v. Texas, the U.S. Supreme Court's 2003 opinion that struck down bans on consensual sex between same-sex couples.

"Just as in Lawrence, the state here wants to use its laws to enforce a public moral code by restricting private intimate conduct," the appeals judges wrote. "The case is not about public sex. It is not about controlling commerce in sex. It is about controlling what people do in the privacy of their own homes because the state is morally opposed to a certain type of consensual private intimate conduct. This is an insufficient justification after Lawrence."

The Texas attorney general's office, which represented the Travis County district attorney in the case, has not decided whether to appeal, said agency spokesman Tom Kelley.

Phil Harvey, president of Adam & Eve Inc., said the 5th Circuit Court's decision was a big step forward. He said his business plans to expand to sell in stores and at home parties, something company consultants had been fearful of doing because of the Texas law.

"I think it's wonderful, but it does seem to me that since Texas was one of three states in the country - along with Mississippi and Alabama - that continued to outlaw the sale of sex toys and vibrators, that it was probably past time," Harvey said Wednesday.

Alabama is in the 11th Circuit. But now it's unlikely that the law in Mississippi, which also is in the 5th Circuit, will be prosecuted, some legal experts said.

Virginia's law barring obscene items is a bit different from other state laws and does not appear to apply to sex toy sales, said Harvey, whose company distributes nationwide.

Louisiana, Kansas, Colorado and Georgia had laws barring obscene devices, but courts have since struck them down. The 11th Circuit Court of Appeals struck down a Georgia law banning the advertising of sex toys, which can be sold under some approved circumstances.

The 5th Circuit Court's decision is encouraging for Sherri Williams, who has been fighting the issue in Alabama for a decade. Williams, who owns Pleasures stores in Alabama, sued in 1998 after state lawmakers banned the sale of sex toys there. A year ago, she lost her fight again when the U.S. Supreme Court refused to consider a lower court decision upholding the Alabama law as constitutional.

Williams hopes that lawmakers will take notice of the recent Texas case and support a newly filed bill in the Alabama Legislature to overturn the ban on adult toy sales.

"I think the courts are finally listening to the people," Williams said Wednesday. "You have 'Sex and the City,' 'Desperate Housewives' and other shows promoting what society is doing. I think the courts have finally opened their eyes and looked around, which is a miracle in the South."