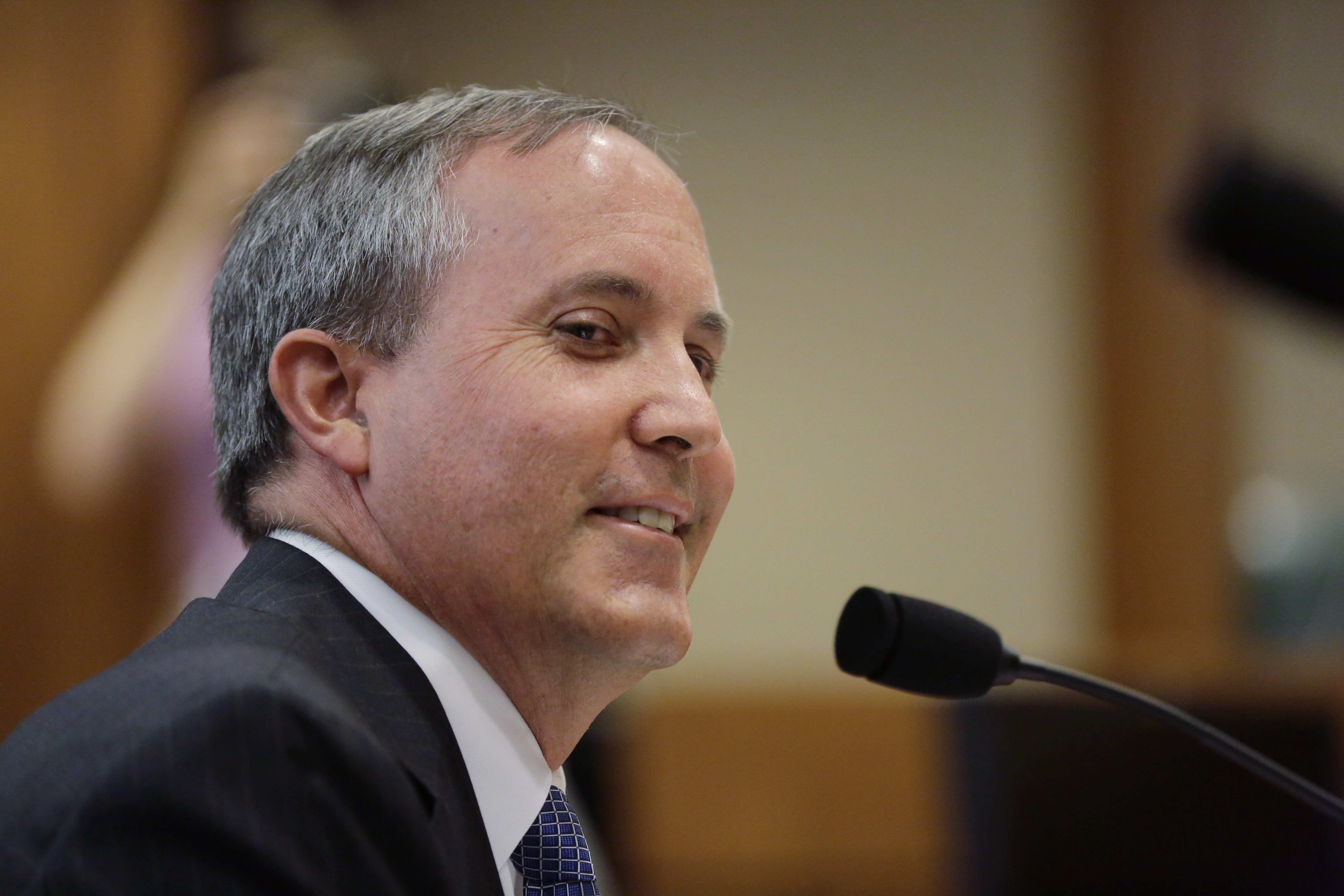 AUSTIN, Texas -- New Texas Attorney General Ken Paxton has been booked at a Dallas-area jail on felony charges alleging that he misled investors before becoming the state's top lawyer, but unlike when Rick Perry smiled for his mug shot last year, Republicans are not rushing to Paxton's defense.

Paxton arrived at the Collin County jail Monday to be processed on two counts of first-degree securities fraud and a lesser count of failing to register with state securities regulators. The 52-year-old Republican was fingerprinted and photographed before being released on bond.

A day after news broke that a grand jury indicted Paxton on felony securities fraud charges, Gov. Greg Abbott, who was Texas attorney general for 12 years, remained silent. So was GOP presidential candidate and U.S. Sen. Ted Cruz, who was stingy with campaign endorsements in 2014 but praised Paxton, a like-minded tea party favorite.

Other Texas GOP leaders also kept to themselves about Paxton, who is expected to turn himself in Monday near his home in suburban Dallas. Paxton attorney Joe Kendall said in a brief statement late Saturday that they would honor a judge's instructions to not publicly comment.

It's a sharp contrast to how conservatives rallied around Perry last year when a grand jury in liberal-leaning Austin handed up a two-count indictment against Texas' longest-serving governor over a 2013 veto. A judge earlier this month tossed out one of the indictments, leaving only an abuse of power charge.

The cases against Paxton and Perry widely differ, including the fact that Paxton's was investigated by the Texas Rangers.

Schaffer did not return messages seeking comment Sunday. He and a co-special prosecutor, Brian Wice, only hinted at the indictment over the weekend in a broader statement, saying they are committed to ensuring that anyone accused of a crime is guaranteed a presumption of innocence and a fair trial, CBS affiliate KEYE-TV reported.

"Because our statutory mandate as special prosecutors is not to convict, but to see that justice is done, our commitment to these bedrock principles remains inviolate," they said in a statement.

The most serious of the allegations is that Paxton encouraged investment in Servergy Inc., which is now under investigation by the Securities and Exchange Commission. The Associated Press reported last month the connections between the startup and Paxton, who listed himself as a shareholder and whose name is among search terms that Servergy attorneys used to satisfy a federal subpoena.

In the middle of last year's heated Republican primary, Paxton admitted to violating state securities law for not disclosing to regulators that he was receiving commissions for referring law clients to a financial planner. He paid a $1,000 fine and aides said it was administrative oversight and that the criminal investigation was a political hit job.

But fellow Republicans haven't been so publicly dismissive, especially now that Schaffer has said an indictment will be unsealed Monday in Collin County.

Abbott spokesman John Wittman declined comment Sunday about Paxton, as did representatives for both Cruz and U.S. Sen. John Cornyn, who is also a former Texas attorney general.

Although indictments against attorneys general are not common, Paxton has company both in Texas and around the U.S.

In 1983, Texas Democrat Jim Mattox was indicted on charges of commercial bribery shortly after his election and was later acquitted. More recently, a Pennsylvania grand jury in January recommended that state Attorney General Kathleen Kane face charges over allegations that she engaged in a cover-up and lied about her role in a grand jury leak to a newspaper. Kane, who took office in 2013, has not been charged and has consistently denied that she broke any laws.