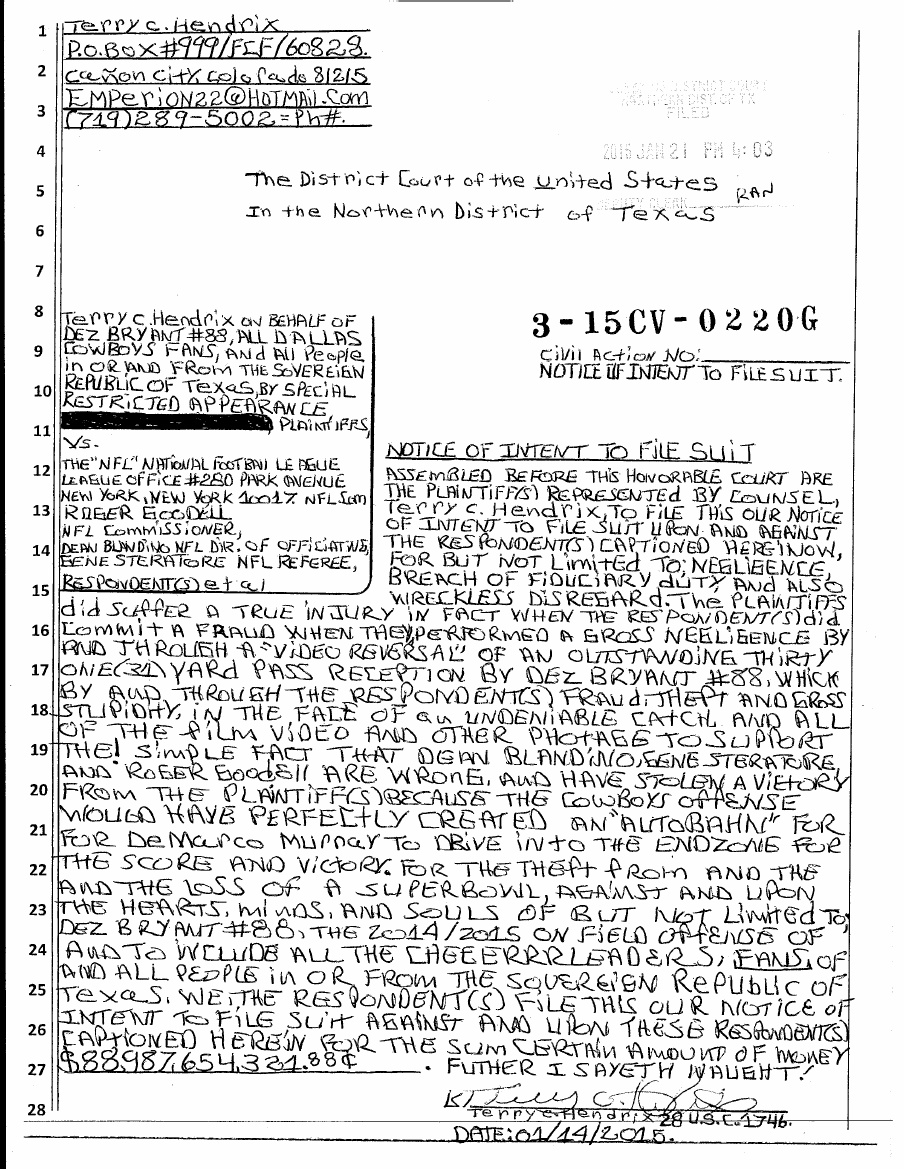 DALLAS -- A Cowboys fan currently incarcerated in Colorado has filed a near $89 billion lawsuit against the NFL for overturning a Dez Bryant catch in the NFC playoffs, CBSDFW.com reports.

The controversial play occurred in the fourth quarter of the Cowboys' 26-21 loss to Green Bay. The play was initially ruled a catch on the field, but officials overturned the catch upon video review, saying Bryant didn't complete the process of the catch.

"The plaintiffs did suffer a true injury in fact when the respondents did commit a fraud when they performed a gross negligence by and through a 'video reversal' of an outstanding 31 yard pass reception by Dez Bryant #88," Terry Hendrix writes in the suit.

The handwritten suit continues to say that all other evidence -- both videos and photographs -- shows that referee Gene Steratore, VP of officiating Dean Blandino, and commissioner Roger Goodell were "wrong."

If the play had stood, Dallas would have possessed the ball at the one-yard line with an opportunity to take the lead. According to Hendrix, scoring a touchdown and taking the lead was inevitable.

"The Cowboys offense would have perfectly created an 'autobahn' for DeMarco Murray to drive into the endzone for the score and victory."

Instead, the ball was turned over on downs.

The suit specifically seeks $88,987,654,321.88 in damages, which is owed to "all the cheerleaders, fans, of and all people in or from the sovereign Republic of Texas."