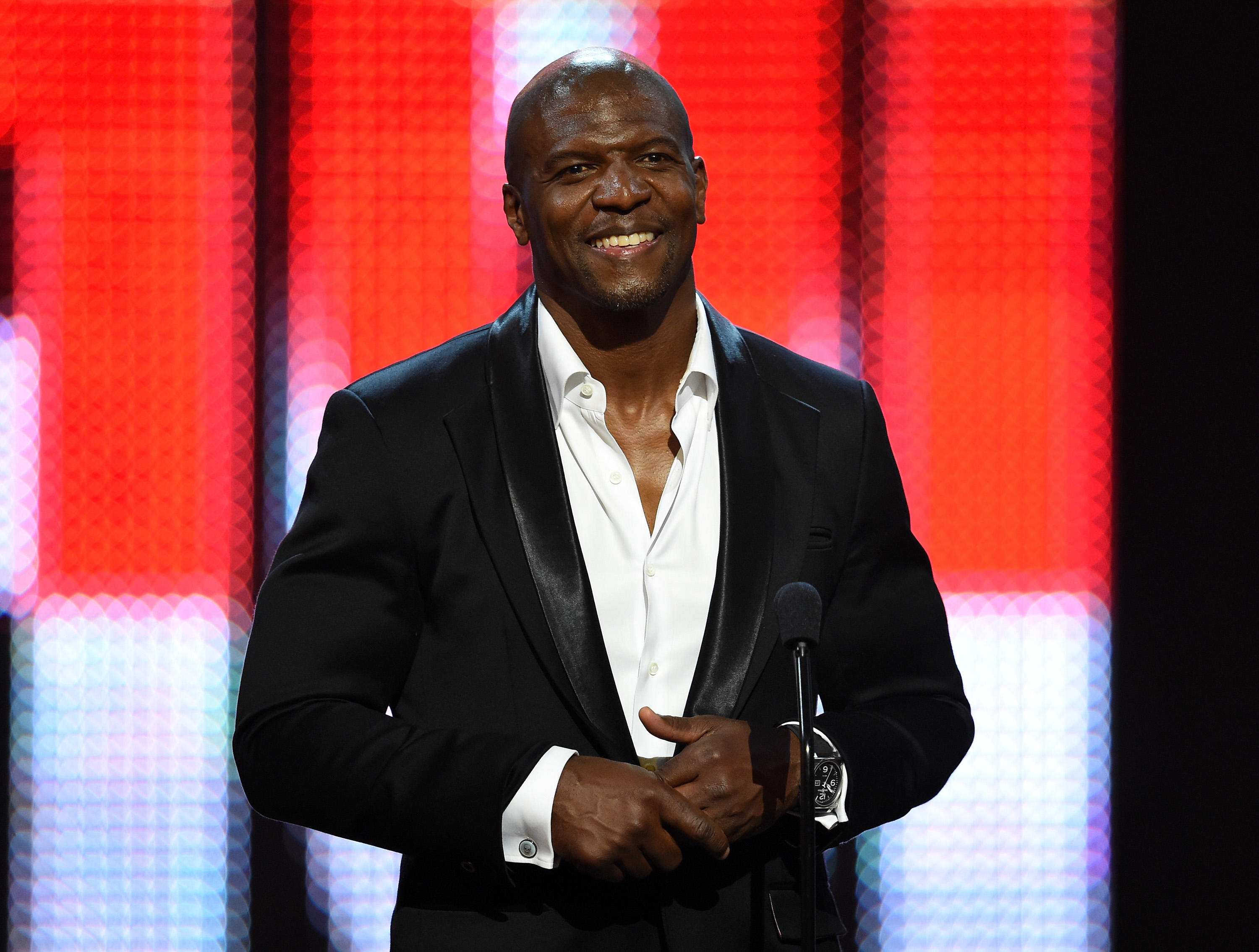 Just one day after news broke that Fox is canceling "Brooklyn Nine-Nine," Terry Crews is staying positive, pointing out to CBS News that the show lasted for more than 100 episodes. The actor, who plays Sgt. Terry Jeffords, said, "I'm super proud of all we've done and if by some incarnation we can come back in some kind of way -- another network or something -- I'm jumping at the chance, but as it stands right now, we are gone, and I'm not mad."

Crews says he's grateful for the run the show's had and says it's been "a privilege" to play a feminist, self-aware cop who loves his family. Crews tells CBS News he has a lot in common with his character, including their approach toward masculinity.

"As a man, you have to be invincible, which is impossible, and that's the thing that really, really resonates with a lot of people -- Terry Jeffords is not ashamed to say what he's scared of, and he doesn't even have to hide it through bravado," Crews says. "Terry's just like, 'I'm very, very scared right now and that's OK. We can talk about it and deal with it.' I see a lot of me in that, especially since I came out and went through all my therapy. I've been so transparent and able to do the same thing and just say what could hurt me and how I've been hurt."

Crews, who wrote a book called "Manhood" in 2014, was one of the few men in Hollywood to tell his story as part of the #MeToo movement. He and Tarana Burke, the founder of #MeToo, are being honored on Tuesday by Safe Horizon, an organization that works with victims of domestic violence, child abuse, sexual assault and human trafficking.

He says he got "choked up" meeting Burke at the Oscars.

"Fear begets fear, but courage begets courage," says Crews. "Her courage spread like a wildfire. Her stand against this activity, this kind of violence, this kind of manipulation was so strong that it's still reverberating right now. It's this fearlessness the changes the world and to be honored at the same event with her -- it's one of the greatest honors of my life." He says Burke is like a sister to him and adds, "Those who've been victimized -- we're kind of our own little family. … We're not going to be quiet. We're not going to be silent."

Last year, Crews made headlines when he said that in February 2016, Adam Venit, the former longtime head of William Morris Endeavor's motion picture group, groped his genitals at a Hollywood event. Though he didn't make his accusations public at first, Crews says he felt like he had to come forward when people started maligning women who spoke up in the #MeToo movement.

"People were calling the women opportunists, gold-diggers, 'They just want a payday' or 'Why are they coming forward now?'" he explains. "And I'm going, 'Anybody who's behind enemy lines needs to get to a safe spot.' I couldn't stand it. I had to lend my voice, because it happened to me, and people were saying, 'These women are crazy,' and I said I gotta lend my voice to this."

Crews says that when the incident happened, he felt he was in a particularly vulnerable position as a black man up against one of Hollywood's most powerful players.

"Look at who I am," he told CBS News. "I am 240 pounds, about 3 to 4 percent body fat. If I would have hit him, imagine, in the mouth or the eye and he had any sort of injury -- I told the president of William Morris Endeavor, 'If I had hurt him, would you give me any mercy?' And you know what he said? 'Nope. No.' When you look at black men in society, the only way you get recognized as being victimized is when you're dead. Anything before death is, 'You should walk it off.' Or if a guy shot you, 'What were you doing that you got shot? Why were you there, that someone shot you in the back?'"

Crews says people often ask him why he did not hit Venit.

"This guy said, 'Terry Crews' career isn't even all that, for him to get felt on and not fight back,'" recalls Crews. "But I thought, 'But my family is all that. My wife and kids are all that. I don't want my daughters seeing me in jail.' … I'm a 48-year-old big, giant, grown man and he's [a partner] at William Morris Endeavor and [if] I knock him out, am I getting mercy? I know how this story goes. 'This is America,' as Donald Glover says."

Crews says when he complained to WME, Venit called him with a brief apology and nothing came of the complaint until after he aired his grievances in public.

"You're an agent," Crews says of WME. "Your whole purpose is to protect us. If you abuse us, who do we go to now?"

Since Crews went public with his accusations, WME suspended Venit for a month last year and stripped him of his department head title. In March, the Los Angeles County District Attorney's office announced that they were not pursuing charges against Venit, saying,"Given that the suspect did not make contact with the victim's skin when he grabbed the victim's genitals and there is no restraint involved, a felony filing is declined." Afterward, the Los Angeles City Attorney declined to pursue misdemeanor charges because the case exceeded the statute of limitations, reports Variety.

Crews responds, "You can just grab people through their clothing in front of everyone? And the thing is, what he did is considered a misdemeanor and the statute of limitations had run out, but if I had reacted violently -- that would be a felony. It's a trap, and all I could think about was all the young black men in jail right now who were probably reacting to things that were done to them." Crews is pursuing a civil case against Venit.

Crews says that ironically, Russell Simmons, who has been accused by multiple women of sexual assault and rape, was one of the people who asked him to drop his case against Venit and WME. He also says people at WME told him that what happened was no big deal and to "let it go."

"I was like, this is what women go through all the time," he says. "This is the gaslight."

The actor says Safe Horizon provides services to victims who may not have the same strong support network he had. Crews says the key to healing is to overcome the feeling of shame.

"I tell people all the time, get rid of the shame," he says. "Don't hold it, because it's not yours. It's never yours."

The actor says he also wants people in the black community to change their attitudes about masculinity.

"Black men, you are seen as invincible. … There's this thing that doesn't exist -- somehow bullets are supposed to ricochet off your chest," says Crews. "As a black man, I look in my own culture and we're telling each other stories that -- why do we believe them? The fact that getting therapy is seen as weak."

Crews is concerned that this mindset stops victims from sharing their stories about assault or molestation, and points to R. Kelly's long career as proof that there was a "complicit system" surrounding the singer, who has been accused of sexual abuse by several women.

But Crews is hopeful for the future where male victims will feel empowered to speak out. "They're coming. But they're scared, you know, and I understand."

He also has a message for perpetrators of sexual abuse and those who've protected them.

"Healing can't happen until there's concession," he says. "Until somebody says, 'We messed up. We're sorry and we ought to make up for it,' and then everything can move forward."