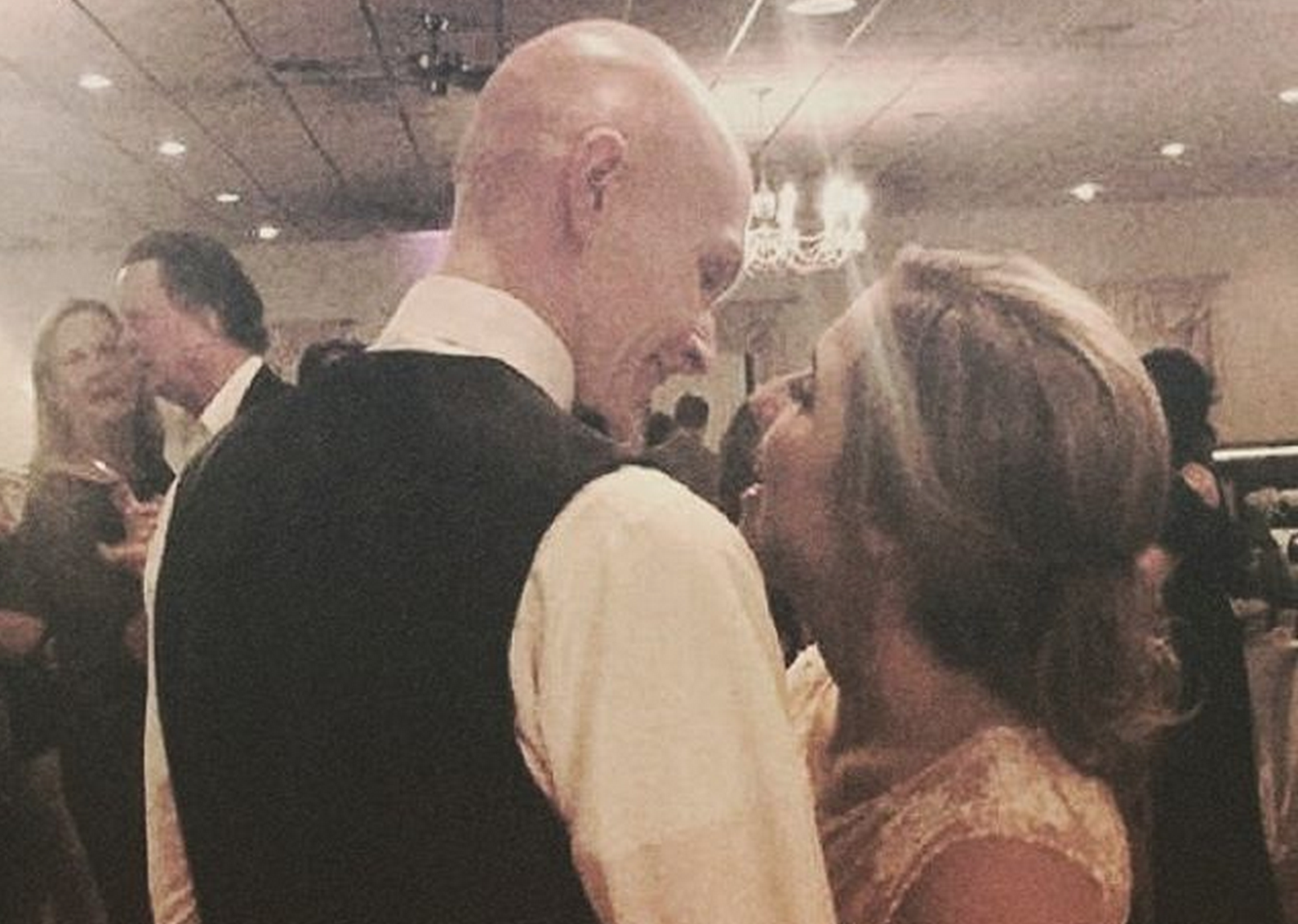 True love has no age limit.

When you know, you know -- and Luke Blanock knew.

At the young age of 18, Blanock stood in front of a church altar and vowed to love his high school sweetheart, 19-year-old Natalie Britvich, for eternity.

"They're young; but their love is mature beyond their years," wedding planner Ashley Cyprowski told CBS News. "They've gone through so much that couples twice their age don't have to go through."

Blanock was diagnosed with Ewing's Sarcoma, a rare bone cancer, two years ago. Since his diagnosis, he has undergone 24 rounds of chemo, over 100 radiation treatments and two surgeries.

Two months ago, doctors told Blanock his cancer is terminal.

But Luke doesn't let cancer stop him from enjoying life, his parents, Kurt and Jan Blanock, wrote on a GoFundMe page for their son.

That includes putting together a wedding ceremony in exactly one month.

"Natalie was the one who made the majority of the decisions," Cyprowski joked. "Luke was only concerned about the cake and the food."

With an outpouring of support from their small hometown of Canonsburg, Pennsylvania, and more than 20 businesses, the couple had the beautiful ceremony they deserved.

"It didn't really hit me that they were getting married until she stepped out of the limo and I started crying," Cyprowski said.

The best part of the wedding, aside from celebrating the undying love between the happy couple: there was not one time in any part of the day where Blanock's illness was mentioned.

Instead, guests grinned as Britvich walked down the aisle, laughed as the two anxiously attempted to put a ring on one another's fingers and cried tears of joy when Blanock shared a dance with his mother at the reception.

"Everybody was just so excited," Cyprowski said. "Joy all around. No sadness."

This marriage is meant to last a lifetime.