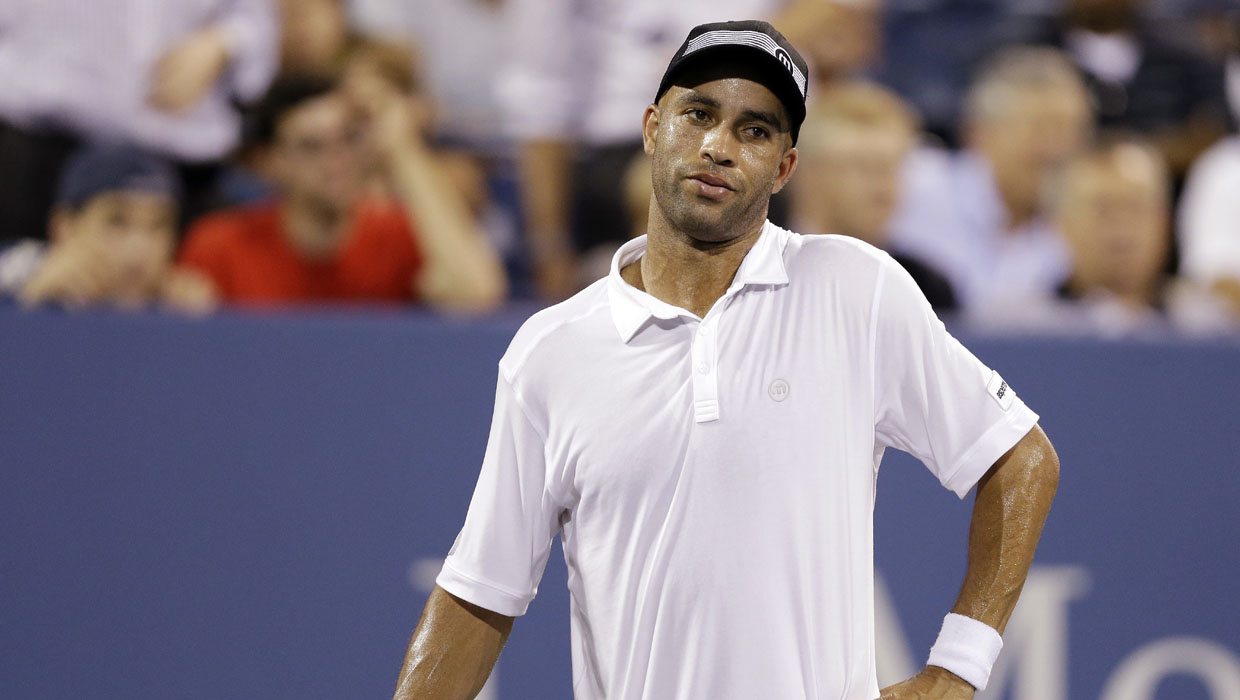 NEW YORK --Former pro tennis star James Blake was detained by police Wednesday in Manhattan after being mistakenly accused by a witness of participating in criminal activity, but was released when cops realized they had the wrong person.

Blake, who is African American, told the New York Daily News that the five officers, all of whom were white, slammed him to the ground and placed him in handcuffs while he waited for a car to take him to the U.S. Open.

"It was definitely scary and definitely crazy," said Blake, who explained to the Daily News that he didn't know if it was racial profiling.

An NYPD official said detectives were investigating a ring in which cell phones were being purchased with fraudulent credit cards. Police arrested one individual in the investigation, who in turn pointed out two other people in the hotel where he was arrested and they were placed in handcuffs.

The police found out that one of the individuals was Blake and once they confirmed his identification, he was released. The other person was taken into custody.

Reporters asked Blake said he has not spoken to police about the incident, but would like an apology. His website says he will release a statement on Thursday.

The NYPD said in a statement that an internal affairs investigation would be conducted into the incident.

"Today James Blake was detained by police in midtown Manhattan in regards to an ongoing investigation into fraudulently purchased cell phones, after being misidentified by a cooperating witness," the statement read. "Once Blake was properly identified and found to have no connection to the investigation, he was released from police custody immediately. In regards to the alleged improper use of force, the Police Commissioner directed the Internal Affairs Bureau to investigate."

Then, the department issued a statement saying, "Subsequent to Internal Affairs investigators viewing surveillance video of the incident at the Hyatt Hotel on Wednesday, September 9, involving James Blake, one officer has been placed on modified assignment. The investigation is ongoing."