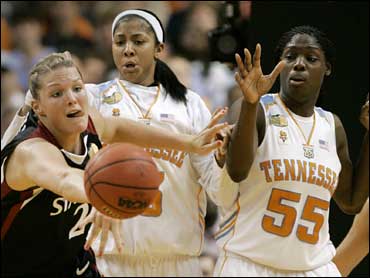 One by one, Candace Parker hugged her teammates on the sideline as the last seconds ticked away. It was all part of her final farewell to Tennessee.

All that was left was to hoist a championship trophy, which came moments after the Lady Vols' 64-48 victory over Stanford on Tuesday night.

The Associated Press player of the year will leave the Lady Vols (36-2) with a year of eligibility remaining, but has accomplished one of her goals by winning multiple championships.

Stanford's loss ended Candice Wiggins' remarkable run through the NCAA tournament. She scored 14 points and finished with 151 over the six games — the fourth best total in tournament history. Sheryl Swoopes holds the record with 177, when she led Texas Tech to the championship in 1993. Wiggins is the first player to have two 40-point games in the tournament.

Wiggins' stellar career ended by taking the Cardinal (35-4) further than they'd been since 1992, when the program won it all. Stanford hadn't reached the Final Four since 1997 or advanced to the championship game since the '92 team.

She entered the game averaging 27.4 points in the tournament and opened the game with a 3-pointer, but couldn't find an open look after that. The All-American finished 6-for-16 from the field. She left to a standing ovation with just over a minute left in her college career.

Parker struggled with her shooting in the semifinals when she went just 6-for-27 from the field, but gutted out the championship game — not letting her injured left shoulder bother her. For the second straight game, the All-American wore a long-sleeve shirt under her uniform to try, as she said, to not focus on the injury.

While still clearly not 100 percent healthy, the expected No. 1 pick in Wednesday's WNBA draft didn't shoot nearly as many jumpers as Sunday night, instead taking the ball to the basket on an array of moves. She converted one steal in the second half into a pretty layup that gave the Lady Vols' a 10-point advantage. She then followed it up with a three-point play on a driving layup. The Cardinal would get no closer than eight the rest of the way.

With the game in hand and a minute left, Parker went to the Tennessee bench for the final time, holding up four fingers on each hand to signify the eight titles the Lady Vols have won.

Unlike earlier games in the tournament when Parker had to carry the Lady Vols, her supporting cast came through. Shannon Bobbitt scored 13 points and Nicky Anosike added 12 points and eight rebounds for the Lady Vols.

Bobbitt scored all her points in the first half as the Lady Vols jumped out to a 37-29 advantage. Trailing by one early, Tennessee used a 13-4 run to take a 17-9 lead midway through the half. Bobbitt hit two 3-pointers and made a nifty layup to cap the spurt. The teams traded baskets before two free throws by Bobbitt gave the Lady Vols a 35-25 lead — their biggest of the half.

She also harassed Stanford into 14 turnovers by the break. The Cardinal looked tight on offense, committing more turnovers in the first half than they did in the semifinal win over UConn. They finished with 25 for the game.

Wiggins and Jayne Appel provided the only offense for Stanford, combining for 17 of their 29 first-half points.

Appel finished with 16 points to lead the Cardinal, whose 23-game winning streak — the longest in the nation ended. The Pac-10 champs hadn't lost since dropping consecutive road games to UCLA and USC in the first week of January.

The Lady Vols advanced to the championship game by beating LSU 47-46 on Sunday night on Alexis Hornbuckle's putback with seven-tenths of a second remaining. The Cardinal shocked UConn 82-73 in the other semifinal. The victory redeemed the Lady Vols' 73-69 overtime loss to the Cardinal when the teams met Dec. 22 at Stanford. 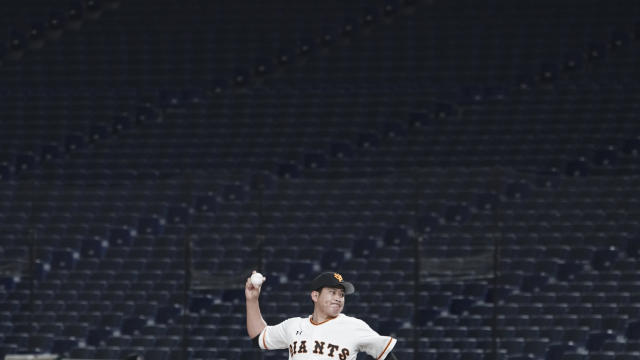 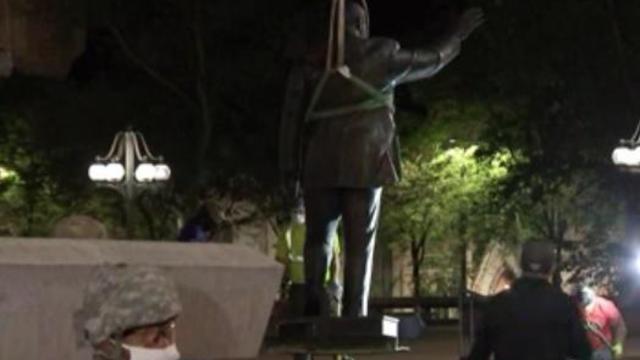 Statue of ex-Philadelphia mayor many saw as racist removed

Frank Rizzo statue stood since 1999 but was frequently vandalized, including in recent days during protests over George Floyd's death. 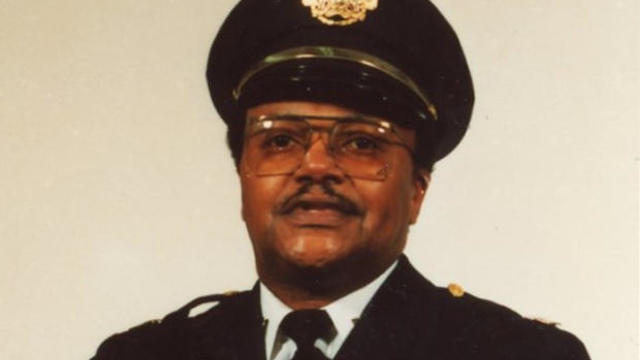